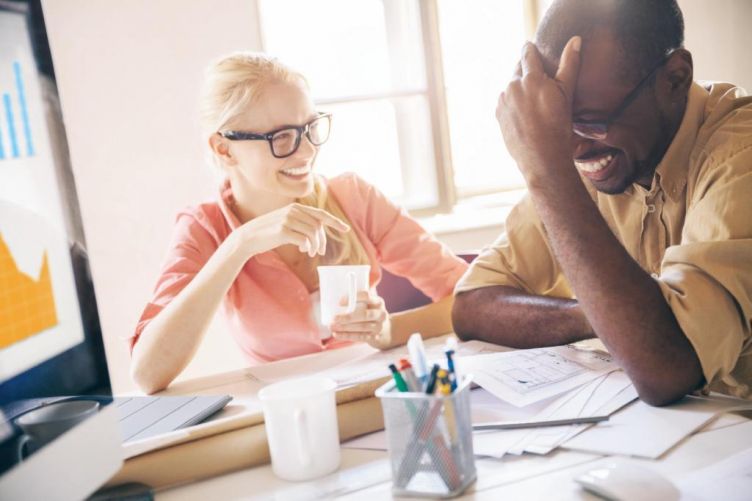 There are many traits required of franchisees and franchisors. One of them is undoubtedly a keen sense of humour, Linda Whitney says

Franchising can have quirky, odd and sometimes downright hilarious moments, as these stories prove.

Ed Mauleverer, founder of the franchise Ed’s Garden Maintenance, recalls this conversation between himself and a client:

Client: “Do you treat small lawns?” Ed: “Yes, how big is the lawn?” Client: “About six feet by three. And can you pick me up and take me over with you?” Ed, rather puzzled: “Yes, of course.” The journey ended at a graveyard.

Ed says: “We mowed the grave and put a border of flowers round it. He paid his respects and we took him home.”

Pet care franchises are always a rich source of stories. Richard Dancy of dog sitting franchise Barking Mad recounts: “We had a franchisee who was walking on a towpath when she accidentally pushed someone else’s dog into the canal.

“She rescued the dog and in the process of apologising to the owner won herself a new customer.” Denis Chirgwin literally wrote the book on animal franchise stories.

Denis, founder and managing director of Animals at Home and author of Guinea Pigs Don’t Bounce, says: “As a franchisee, I was asked by Fred, a blind former fisherman, to take his cat Timmy to the vet.

“The cat was skinny, always ravenous and had a fearsome temper. It was diagnosed with a thyroid problem. Soon after I returned to take Timmy on a return visit to the vet and found Fred’s kitchen covered in blood and bloody handprints all along the hall. I was terrified - it looked like a murder scene.

“I found Fred on the sofa, still alive. It turned out he had cooked some fish for the cat and put it in the fridge. 90 minutes later he opened the fridge again, only to be leapt upon and attacked by the furious cat, which had sneaked in there, unseen, when Fred had put the fish in.

“The cat was in a foul mood after 90 minutes in the chiller and set about him with claws and teeth, but while Fred felt the pain, being blind meant he had not seen the blood. The cat had eaten all the fish, by the way.”

Denis also recounts: “I was once employed to look after Tashy, a 29-year-old pony. Her favourite treat was digestive biscuits. One day I released her without getting the biscuits first.

“I opened the tiny glass sun lounge where the biscuits were stored and turned round to see her astride the coffee table in the middle of the lounge, clearly not intending to budge until she got her biscuits.

“Now I was trapped in the wrong end of a glass sun lounge, furnished with wicker chairs and a glass table, by a pony mad keen to get its biscuits. I panicked for a couple of minutes, wondering how to either turn Tashy round or get her to leave backwards without wrecking the furniture.

“Finally, using the biscuits as a lure, I edged myself and the pony round the sun lounge inch by inch, carefully avoiding the furniture, until I could lead her out of the door.”

Even outside pet services franchises, animals feature in some strange stories.

Nigel Toplis, managing director of The Bardon Group, which includes The ZipYard tailoring and alterations franchise, says: “Our Bournemouth franchisee once had a customer come in with two hens. He was concerned they were getting cold because it was winter. Could we make two coats for them? Of course, the franchisee did.”

The ZipYard appears to specialise in bird related requests. Nigel adds: “Another franchisee was asked to make an outfit for a ‘birdman’, so he looked suitably bird-like when he leapt off the end of a pier flapping a pair of giant wings.”

Customers presenting franchisees with unexpected requests appears to be common. Paul Brunton, Bristol franchisee with Ed’s Garden Maintenance, was asked if he could do “a little bit of pond clearing.” He had visions of a quaint little fish pond in a country garden with a rolling lawn and a nice cup of tea and slice of cake on hand. However, the job turned out to involve wading chest deep in a pond tackling plants six feet high.

Good customer communication skills are essential in franchising - as is the capacity to withstand embarrassment.

Mark Stewart-Woods, managing director of the Colourfence franchise, says: “One of our franchisees visited a couple to provide a quote for some of our fencing. He rang the doorbell and a man opened it - stark naked.

“It turned out the couple in question were keen naturists and proceeded to show him round their garden, both in the buff.”

“In the process, the husband suddenly revealed he was planning to leave his wife - who was sitting next to him. It was the first she’d heard of it. The franchise manager didn’t know where to look.”

He says: “We delivered horse semen to stud farms - it must arrive within 24 hours or it doesn’t work - and collected a lost pigeon from Middlesbrough for a pigeon fancier and returned it to his home in Birmingham.”

But Len’s strangest request came from a woman in Liverpool: “She rang me and asked if we could deliver a £20 note to her husband in prison. I told her the minimum delivery charge was £30. She thought for a minute and asked: ‘Will it cost any less if I send a tenner?’”