How Franchising Was The Perfect Venture For This 25 Year Old 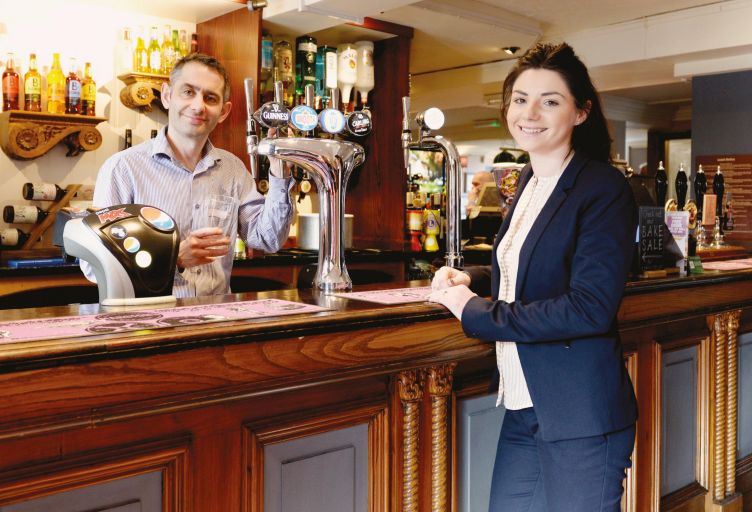 Apparently, most of us think we could run a pub, write a novel or play the drums. Victoria Cooke chose the first, which proved to be a wise decision.

At only 25, she now runs three thriving Marston’s franchised pubs.

Her first pub, the Wheatsheaf, in Hull, East Yorkshire, has gone from strength to strength, increasing food sales by more than 70 per cent in less than three years.

And earlier this year the business driven young mum went 45 miles north up the B1249 to Scarborough to acquire the award winning Crown Tavern, also a Marston’s franchise.

Victoria now runs a third site, The Duke of Cumberland in North Ferriby, west of Hull, which she took over in June.

She says: “I may be young, but the support from my family and Marston’s has been great. It’s just a case of believing in myself enough to take on the challenge.”

But even the dynamic Victoria couldn’t be in two places at once and she knew that having a reliable team at the Crown was the key to efficient time management.

“Having a manager in place takes a huge onus off me,” she says. “We made sure he was the face of the pub, which meant I could concentrate on the behind-the-scenes side of things.”

Victoria was 22 when she decided a hospitality franchise was the way she wanted to go and came across the Marston’s franchise at one of the company’s discovery days.

“Having regularly stayed in a Marston’s pub when visiting family, I had a bit of background on what they were about,” she remembers.

“It was not enough to make a decision, but the discover day told me everything I needed to know and I left knowing I was going to achieve my dream. I knew what sort of pub I wanted and what I could make work and with the help and support from Marston’s, together we found the perfect pub for me.”

Which, all things considered, was hardly surprising. Marston’s has been in the licensed trade since 1834 and is now the UK’s leading independent pub retailer and brewer, with an average annual turnover of £680 million and a total estate value of more than £2 billion.

Marston’s moved into franchising in 2011 and over 60 of its 1,500 pubs are currently franchised. For a £25,000 fee, plus about the same amount of working capital, a franchisee takes over an established pub business with a full inventory package.

A comprehensive induction and training programme ensures new arrivals hit the ground running. This includes business courses at the company’s centres of excellence, which allow candidates to have second thoughts about whether life in a busy community pub is definitely for them.

Successful candidates are expected to produce a thorough business plan based on detailed research. They must also have a customer focus, service ethos, an entrepreneurial spirit and the desire to succeed.

To lighten things up, Marston’s stresses that running a successful pub also brings: “A fun and fulfilling lifestyle in which strong customer relationships and a busy, vibrant atmosphere all play a key role.”

Under the Marston’s system, franchisees keep a percentage of sales and quarterly profits and the company takes care of rent, utility bills and business rates. This allows franchisees to concentrate on building up the business and driving sales.

Hearing this at her discovery day sent Victoria away convinced she now knew how to achieve her dream: “I had always known I wanted to be my own boss, but until then never had an idea of which route to take and how I would get there.”

At 18 she took what she calls “a big leap of faith” and moved to Qatar in the Middle East as a coordinator of big events like film festivals, golf and a royal wedding.

“I gained some great experience working with very qualified people, where I learned perfection, organisation and independence were vital,” Victoria says.

Back in the UK after two years, she became a part-time waitress while she planned her future - and found to her surprise she was falling in love with the hospitality industry. Rapid promotion to supervisor and assistant manager followed.

Victoria recalls: “A year and a half later I started to think how I could change the passion I had for the industry into the opportunity to become my own boss. Scrolling through the internet, I came across various franchising options.

“At 22, I knew I had nothing to lose, but still wanted to be sure the money I had saved over the past few years was going to be invested in something worthwhile.”

That was when she came across Marston’s and knew she need look no further.

“I knew taking over the Wheatsheaf would probably be the hardest thing I’d done - and it was,” Victoria says of the days of working from early morning until midnight, taking over the kitchen when the chef abruptly moved on and facing the most precipitous of learning curves.

“It was a physically challenging period, to put it mildly. Getting a lot less than seven hours’ sleep became the norm and coffee became my best friend. But I was determined to be involved in everything and to do things my way.

“People always say how nice it must be to be your own boss, and it is, but make no mistake, it’s hard work. I had been a waitress, but had never experienced anything quite like this.

“I’d be absolutely exhausted at the end of the week from being on my feet and speaking to customers. You eat and sleep when you can.”
But all the hard work was worth it when in the first year of Victoria’s management the Wheatsheaf made the top five in the Marston’s franchise group.

Start your own Master Kebabs franchise

Send a free enquiry to Master Kebabs for further information!