Mentoring is the heart of franchising 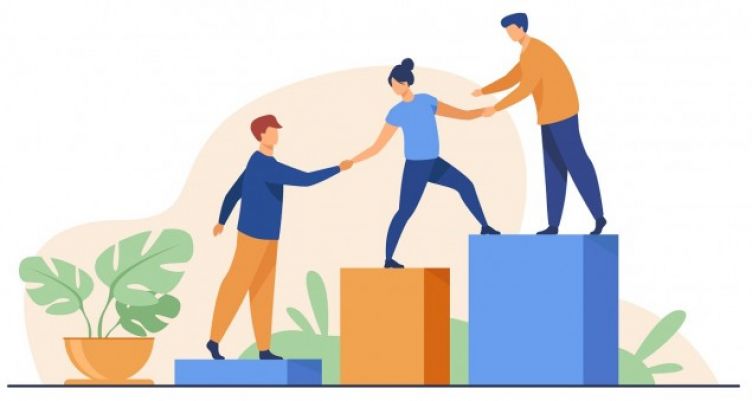 "You get the joy of being your own boss, but you’re never really alone," says FranFund COO Sherri Seiber

Our industry has a saying: “Franchising means you’re in business for yourself, but not by yourself.” Isn’t that the core idea of getting involved in an established business model? You get the joy of being your own boss, but you’re never really alone.

Mentoring is at the very heart of this unique business relationship - the franchisor gives you steps that work and the franchisee follows those steps exactly to create a formula for real success.

This line of thinking is particularly powerful when you apply it to women who are looking for a career.

One of the most significant advantages a woman can have in her business life is a mentor - someone who can give you the steps that work. But when we look at business as a whole, you often find that there aren’t always women in leadership positions willing to lift up someone who’s trying to get their start.

The franchise world tends to be a much more supportive place for women because that’s the nature of the industry. Success relies on everyone doing their best. That doesn’t just apply to owners, but to women who work at all levels of a franchise, whether that’s business development, management, or learning a trade. Every skill set has a place in franchising.

If you need a mentor or you can offer mentorship, it doesn’t have to be a formal arrangement. If you see a scenario where somebody is struggling and you have relevant experience, there’s no reason not to offer support.

Mentorship can equal friendship. It’s support, it’s camaraderie, somebody to laugh and cry with. There’s a saying: “A true friend is somebody that straightens your crown without ever telling anybody that it was crooked.” That’s exactly how a mentoring relationship should feel.

An approach to mentoring can begin by examining a person’s strengths. Are they in the right role? Or would they be stronger if they shifted to another role or another type of business altogether? Where can we find an intersection between what they are passionate about and what needs to be done to ensure success within an organisation?

There are nearly 4,000 different franchise brands in the United States right now. So there is literally something for everybody. If you have more of an entrepreneurial brain, you might want to enter a small emerging system that needs your thought leadership to help get it to the next level.

But there are also more than 600 different franchise brands with 100 or more units. Inside those systems are jobs with established operational and marketing protocols for people who need more structure.

Everyone is familiar with the phrase ‘six degrees of separation’ – that’s the idea that anyone is only six social connections away from knowing anyone else in the world. In the franchising world, it’s more like two degrees. If you’re established inside this close-knit community, you can pretty easily move from opportunity to opportunity until you find the one that fits.

There has never been a better time for a woman to uncover her true potential in a franchise business.

As of May 2019, women own or co-own 35 per cent of the franchise outlets in the US - around 265,000 - according to the Franchise Business Review research firm. That represents outlet growth of 24 per cent from a decade earlier, while in the two years ended in May 41 per cent of new franchise outlets opened have been owned or co-owned by women. And in some sectors, such as interior decorating, they far outnumber their male counterparts.

While gender equality has not universally worked its way into every corner of the business world, franchising is the great equaliser.

It’s not male-dominated and it doesn’t have to be. Women are not pigeonholed. If you go to almost any franchise trade show, like the International Franchise Association conference, you will find close to a 50/50 mix of men and women.

Sure, you have women gravitating towards businesses like DekaLash, Amada Senior Care and Kitchen Tune-Up. But more and more you’ll see women getting into opportunities like Premier Martial Arts, Ecomaids and Monster Tree Service.

The most popular sectors for women still fall along expected genres, such as business services, senior care, travel and real estate.

Although women have yet to make big inroads into larger sectors such as sit-down restaurants - where they represent only 17 per cent of franchise ownership - they outnumber their male counterparts in a number of industries, according to FRANdata.

Among them are interior decorating services (86 per cent women-owned), modelling schools and beauty pageants (68 per cent), clothing, toys and accessories (63 per cent) and travel agencies (61 per cent).

Women and men each have qualities that make them great at different facets of business. In fact, businesses are seeing an increase in women leadership.

According to a study by Grant Thornton, 2019 saw the highest percentage of women in senior management on record - at 29 per cent - rising five percentage points from 24 per cent in 2018. In our industry, for example, FranFund’s leadership team is almost all female, with the exception of the CEO.

Key attributes that drive leadership placement are a desire to collaborate, communicate and be less territorial. Their company-wide attitude is we can get farther, faster if we work together, echoing the industry sentiment that as we mentor one another, we really are in this together.

Since our industry is celebrating women in franchising, observations are skewed toward the many amazing women we have worked with as clients, partners and employees.

But give credit too to the men in our industry who see women as excellent partners, whether as owners or as key business drivers in every part of their organisation. We’re proud that franchising is by nature an inclusive and empowering journey for everyone. Because at the heart of our industry is the desire for us all to succeed.