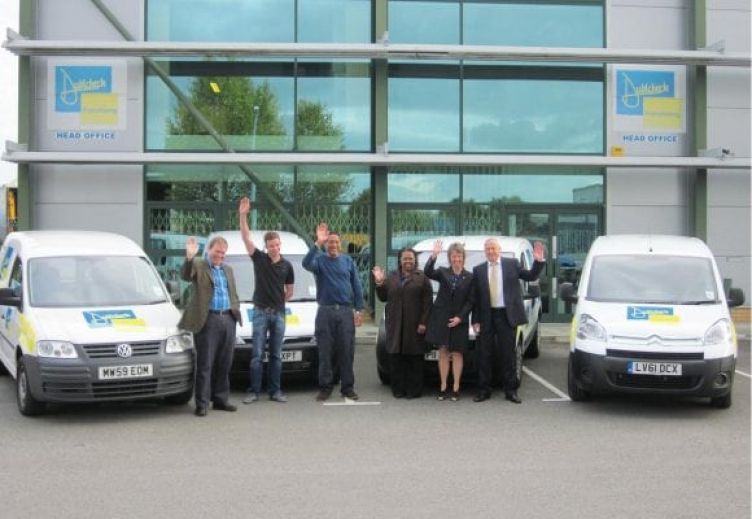 Mujeeb Sayed has been able to build a thriving Dublcheck commercial cleaning franchise, while also enjoying the finer things in life

Founded in 1993 by Carol Stewart-Gill, Dublcheck is one of the best-known cleaning franchises in the UK, providing premier cleaning services for offices, showrooms and health facilities throughout the UK. The company has been a leading franchised commercial cleaning organisation for more than 20 years and has hundreds of highly successful franchises operating across the UK.

Dublcheck franchisee Mujeeb Sayed says he hasn’t looked back since he made the decision to join the company in 2002. Then aged 63, the former IT manager took early retirement, with the intention of balancing part-time work with the finer things in life, such as holidays and time spent with family and friends. Starting up his own business was the most obvious option and Mujeeb says it soon became clear that the best choice for him was to start his own cleaning business - a sure bet even in times of recession.

“I was working in IT for 33 years, but when I took retirement I knew immediately that I wanted to do something for myself, to set up in business on my own, and franchising seemed like the best bet,” he says. “As soon as I started to look into franchising, it was clear that the cleaning sector was probably the safest and most lucrative choice.”

Why did he choose Dublcheck? For Mujeeb, it was an obvious choice. “The key difference for me when choosing the right franchise was that Dublcheck guarantees turnover,” he explains. “Depending on what you invest, they give you that amount of sales and this fact made me very interested. Because of the structure that is in place with the business, you can decide how much you want to earn, so you can go in low and build up the business or start on a high turnover.”

The guaranteed turnover model was a huge plus point for both Mujeeb and his wife, who still works as an occupational therapist.

Franchisees can start small with a minimum turnover package of £14,400 per annum or they can purchase up to £500,000 of annual turnover (with no upper limit) if they want to run a substantial managed business. This variable investment level structure gives franchisees the flexibility to run a hands-on business, a partly managed venture with some hands-on duties or a wholly managed business, depending on their skills, ambitions and life balance requirements.

Mujeeb decided to go in at a high level, purchasing a turnover of £120,000. Thanks to his background in IT management, he felt comfortable looking after the organisational side of the business.

“I decided from the start that I didn’t want to work full-time, but wanted only half my time to be occupied with work, so that I could focus on seeing more of my family,” he says.

Mujeeb and his wife have been able to visit their son in Singapore - where he works - on an annual basis and see more of their other two children while keeping the business running smoothly. Mujeeb is helped by having a good team, he admits.

“I’m blessed with a superb workforce,” he says of his 15-strong team of cleaners. “Basically, they look after the customers and I look after them, leaving me free to go on holiday when I want. It’s a good work-life balance.”

One of the qualities that sets Dublcheck apart from other cleaning franchises, Mujeeb says, is the quality of communication and support from head office: “Dublcheck is a company I knew immediately I could form a good partnership with. The training and support they offered was excellent from the start.”

And there was another important factor in his decision making - the IT side of things. With his background in IT, for Mujeeb one of the most important factors was the ability to run a business using a complete information management system.

“Coming from an IT company, I obviously expected any business to have computerised databases of customers for management purposes and none of the companies I looked at did, although they all talked the talk and said they were developing information management systems,” he explains. “However, it was Dublcheck that managed to persuade me theirs would be up and running by the end of the year - and true to their word it was.”

By the end of 2002 Mujeeb was able to manage all his customers online, with the database the company had developed giving him the ability to check accounts with at-a-glance debt analysis tools.

“The other thing that clinched it for me was that Dublcheck gave me all the information I needed about the company and then left me to decide in my own time without hassling me to follow up,” he adds.

Initial training and support includes a mentoring system, central invoicing and an intranet facility, while ongoing training can include telesales for increasing the business.

Since joining Dublcheck 14 years ago, Mujeeb has mentored many new franchisees. “I get a lot of potential franchisees phoning me up to ask about the business if they haven’t made up their minds and I tell them all the things I like about Dublcheck, as well as giving them practical information about the day to day running of the business,” he says. “Many of them have gone on to start up their own Dublcheck franchises.”

All new franchisees are given the tools and knowledge they need to uphold the values of the Dublcheck brand, which to date has resulted in a 90 per centplus client retention rate. Franchisees receive an initial training course, ongoing training and support, access to branded uniforms, products, sales and marketing tools and stationery. All invoicing and cash collection is managed electronically by Dublcheck, allowing franchisees to concentrate on developing lasting client relationships.

As Mujeeb says: “It’s a great team at head office and I always tell prospective franchisees that. And I can safely say that since that moment in 2002 when I first decided to take on a Dublcheck franchise, I’ve never looked back.”