The Franchise Agreement: what to look for 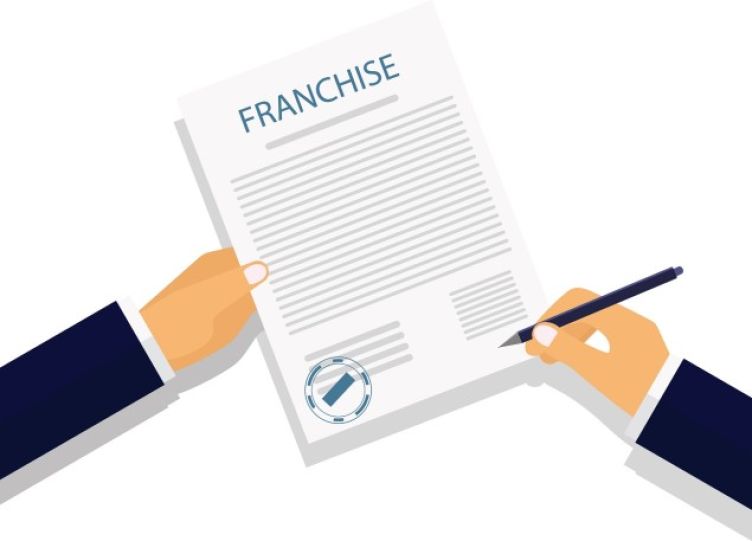 It is the document that governs the relationship between a franchisor and a franchisee. Franchise lawyer, Andy Fraser, breaks down the jargon for potential franchisees

It sets out the rights that a franchisee has, the roles and responsibilities of the parties and plenty more. Franchise Agreements will vary substantially depending on the franchise network and the lawyer drafting them. However, here are some common features:

Franchise agreements are long, detailed documents! Whilst length is no indicator of quality, we would expect a properly drafted franchise agreement to be at least 30 pages. However, some agreements, particularly those from North American brands, can run to over 100 pages.

The Franchise Agreement will contain a section dealing, with the fees, that are payable by the franchisee. Usually, these include:

• Initial Fee – being the lump sum payable to buy the franchise (this should cover initial training, support and equipment and should not contain a significant profit element for the franchisor).
• Management Service Fee – being the ongoing fees paid by the franchisee, usually on a monthly basis. This fee is often expressed as a percentage of turnover but may also be subject to monthly minimum amounts.
• Marketing Fees – being another percentage or fixed sum payable by franchisees to be used by the franchisor for marketing and promotion of the brand and business on a national basis.

Depending on the model, other fees may also be payable such as fees for IT/software or for products to be re-sold by the franchisee, particularly with QSR and fast food brands.

The Franchise Agreement may contain targets for the franchisee to hit every year. These may sometimes be flexible targets that are determined in accordance with an annual business plan. Franchisees should always be mindful of targets and ensure, so far as they can, that they are realistic and achievable.

A franchise is an asset that you are able to build up and sell. As such, a franchise agreement should always set out your rights to sell the business to a purchaser approved by the franchisor.

Once you’ve signed a franchise agreement it can be very difficult to get out of it. It is likely that all the termination provisions in the agreement are in favour of the franchisor, to allow the franchisor to remove any bad apples from the network.


A concern of franchisors when they franchise their business is that they are potentially “training future competitors”. Therefore, most franchise agreements contain restrictive covenants which prohibit the franchisee (and usually its shareholders and directors) from operating a similar or competing business after the termination or expiry of the franchise agreement. These do have to be carefully drafted to ensure enforceability though!

Franchisors will usually present the agreement as being “non-negotiable”. They like to have one standard form of agreement that all franchisees sign in order to save the time and hassle of having one hundred franchisees all on one hundred different negotiated versions of the document. However, in reality, unless you are looking to invest in a well-established and attractive franchise concept, franchisors will usually be willing to accept some amendments or modifications to their standard terms depending on the particular circumstances of the franchisee. These would normally be documented in a separate side to the franchise agreement to allow the franchisor to maintain uniformity on the main agreement.

In summary, franchise agreements can be daunting and should not be entered into lightly. However, with the right advice and assistance from an experienced adviser able to point out the pitfalls they are not insurmountable. I would strongly recommend using a specialist franchise lawyer, ideally accredited by the British Franchise Association, to check any agreements. They have the expert knowledge required to advise you on matters relating to franchise agreements.

• Speak to other franchisees in the network and then speak to more! If the franchisor doesn’t want you speaking to existing franchisees, this is a major red flag!
• Take your time – don’t feel pressured into making a decision quickly. You should always “buy” a franchise and never be “sold” it.
• Do your due diligence – find out as much information as you can about the franchisor and the relevant market, particularly if you have little experience in the sector.
• Own the business plan – you are responsible for making the investment decision and you should be wary of any template business plan provided by the franchisor. You need to make sure that the figures stack up.
• Franchise agreements are specialist documents and you should always have the franchise agreement checked over by a solicitor who is an affiliate of the British Franchise Association before you sign.

The author
Andy Fraser is the founder of Albany Fraser, a commercial law firm with franchising at its heart. He set up Albany Fraser in 2019 with a view to helping franchisors and franchisees of all shapes and sizes make smarter franchising decisions. Andy is accredited by the British Franchise Association as a ‘Qualified Franchise Professional’ and is one of only a small number of lawyers in the UK to have been awarded this status.