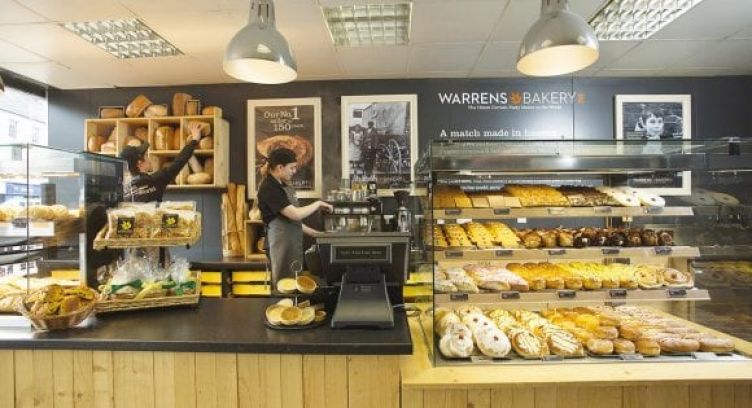 Warrens Bakery has plans to take the brand national

Warrens Bakery, recognised as one of the UK’s top three craft bakeries and the world’s oldest pasty maker, has revealed plans to expand nationally through franchising, as well as laying down more of its own equity stores.

Cornwall’s oldest commercial bakery, established in 1860, opened its first franchise store in the Midlands early in 2017 in partnership with a prominent local businessman.

With over 50 of its own stores across the West Country and BRC Grade A accreditation, Warrens Bakery has a robust business model. It operates three production sites and has diverse, flexible retail formats across four counties - from city centre to service station and taking in café environment as well as food2go.

Its target is to roll-out a substantial number of craft bakeries across the UK in the next three-five years. The company is currently in discussions with a number of ambitious, likeminded investors to take the brand national.

Commenting on the launch of the franchise model, chairman of Warrens Bakery, Mark Sullivan, says: “We have spent several years perfecting the model and this represents a transformational event for Warrens Bakery, as we move towards becoming the UK’s leading craft bakery.

“As one of the oldest craft bakers in the UK, we pride ourselves on our handcrafted, affordable luxuries and are thrilled to take our award winning products out nationally.”

George Abuaita, who is working in partnership on the first franchise store, says: “As a local businessman operating a number of Costa stores in the region, I see a gap in this area and throughout the UK for a premium bakery such as Warrens Bakery.

“I’m positive the new bakery will fill this gap and we already have plans to expand Warrens Bakery across the West Midlands and lay down 20 stores in the next five years.”

With over 150 years of craft baking experience, Warrens Bakery’s skills and traditions have seen it receive a long list of accolades for its craft products.

In 2015 the company was recognised as one of the top three bakeries in the prestigious Craft Business Award (Baking Industry Awards) and this year saw them win a number of awards at the 2016 UK trade championship (British Pie Awards), as well as being recognised as the World Pasty Champions (Eden, Cornwall).

Warrens Bakery attributes its success to its vibrant experiential retail formats aligned with heritage through its craft traditions, provenance of its ingredients and its dedicated team, which includes a number of creative master bakers.

All products are crafted with care and attention to detail, using the finest ingredients. Many of the company’s bakery treats adhere to traditional recipes, including its acclaimed scones, artisan breads and award winning pasty range.

Warrens Bakery makes its own products and specialises in affordable luxuries at a time when consumer tastes are evolving towards greater quality, provenance and differentiation.

On the back of a wave of encouragement from customers from all corners of the UK, the company is set to become the leading national craft bakery across the UK.