What Happens In The First Year As A Franchisee 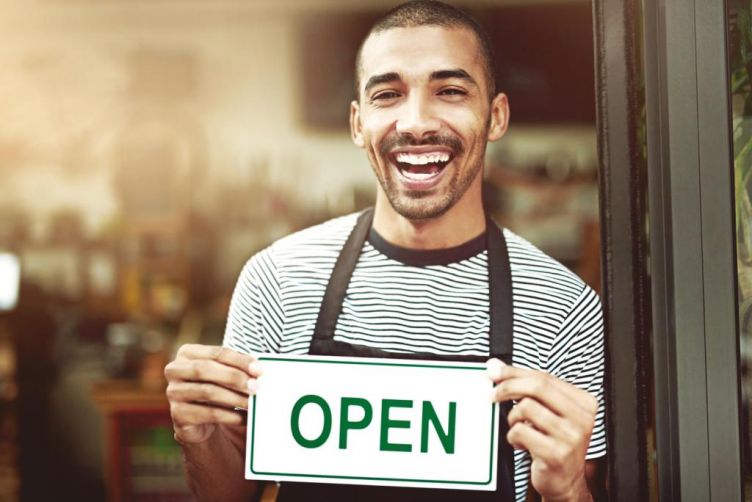 Franchisors and franchisees explain what challenges to expect during your initial 12 months in business. Linda Whitney reports

The first year of life as a franchisee is widely acknowledged to be the hardest.

Franchisors strive to prepare new franchisees as far as possible for their first year, but it’s inevitably something of a leap into the unknown, with franchisees usually having to learn new skills and make the transition from employee to entrepreneur.

Ed Mauleverer, founder of garden services franchise Ed’s Garden Maintenance, says: “The first year challenges encountered by each franchisee are different. For some it’s coping with the accounts, for others it’s mowing a lawn straight or turfing. In each case, we have experts who can help them.

“They tend to assume in advance that the major problem in their first year will be finding enough work, but usually it’s about managing the work and making a profit. Often the problems they face are not the ones they expected, but they only have to ask for our help.

“That is the point of buying a franchise - you get the support and experience of the franchisor.”

What are the major challenges reported by first year franchisees? Carol Rawson, director of the Suit the City franchise, says: “Probably the biggest change new franchisees face is from being employed, where your day is structured and organised by others, to one where you are responsible for organising your own activity.”

Kim, who formerly worked in human resources at Royal Mail, says: “Many things are similar to what I expected - running the classes, running a business and being part of a wider franchise. That’s not to say I haven’t had a huge learning curve in all those areas - I have.

“But I was not expecting the amount of behind-the-scenes admin, responding to enquiries, booking people in, keeping on top of payments, planning and preparing for classes.”

Kim, who has two children, Emily and Anders, adds: “Fitting it around a family means that most evenings I’m working or feel I should be. It can also be frustrating, as I know I’d like to be doing more on things like marketing, though I have to limit myself to what’s achievable in the time I have. However, soon my youngest starts school, so I will have more time during the day.”

“If I could go back in time to last January, I would tell myself: ‘Ensure you organise your time well’.”

Many franchisees find the transition to self-employment exhilarating. David Bancroft has completed just over a year as a franchisee with Mac Tools after a 30-year motor trade career, where he was a truck mechanic and later a workshop supervisor/assistant manager for a bus company.

David says: “I don’t have the responsibility of a workshop full of staff any more. I am only responsible for myself and now fully in charge of my destiny, which is fantastic.”

His previous experience helped with the transition: “Having been a mechanic helps me understand what customers want and the customer service training I received in a Ford/ Iveco main dealership has helped a lot.”

However, he adds: “A big personality helps more, as the tools sell themselves - it’s you who makes the extra difference.”

He also puts in long hours: “I tend to leave home around nine and visit around 25 workshops daily. I try to return home by 5.30pm to complete all the end-of-day banking and ordering.

“Then I check the following day’s deliveries and load them on the van. If there is other admin that needs doing, I might not finish until around 9pm. It sounds like a long day, but I enjoy it so much it doesn’t feel like hard work.”

He advises people considering becoming a Mac Tools franchisee to prepare themselves in advance, so the first year is not too much of a surprise: “Take at least one van ride with a current franchisee and stay with them for the whole day, so that you can see the other work that has to be done when you get home.”

The loss of a regular pay packet can also take some getting used to.

Charlotte Tiller signed up with baby swimming franchise Turtle Tots in February 2016 after 10 years as a finance specialist in a law firm.

She says: “I sometimes miss the security of knowing what my level of income will be each month. At first it was like having a comfort blanket taken away. Fortunately my partner has a job, so while we rely on me working, if I had a bad month it would not be a catastrophe.”

The rapid first year growth of the business has delivered a mix of delight and challenge for Charlotte.

“The franchise delivered what I expected, but faster and in bigger doses,” she says.

Having started from scratch with no customers, Charlotte now teaches swimming to 110 babies: “I am busier than I expected, doing eight hours a week in the pool and 17 to 18 hours a week on admin. You cannot let it slip, so it must be done every day.

“But the franchise has given me more time for my family, especially my children Amy and Evie, and it’s great not to have to commute any more.”

Kim Rhodes: “It’s a huge learning curve. Remember why you’re doing it and set yourself rules to keep yourself sane - take time out for you, your family and friends.”

David Bancroft: “Be bold. Be brave. Customers want someone who is confident. Don’t expect a get-rich-quick scheme. It takes time and hard work to build the business, but the rewards are worth it.”

Charlotte Tiller: “The first year involves the hardest work. It’s easy to do all you can to make the business a success, but if you let the business take over everything it could drive you crazy.”