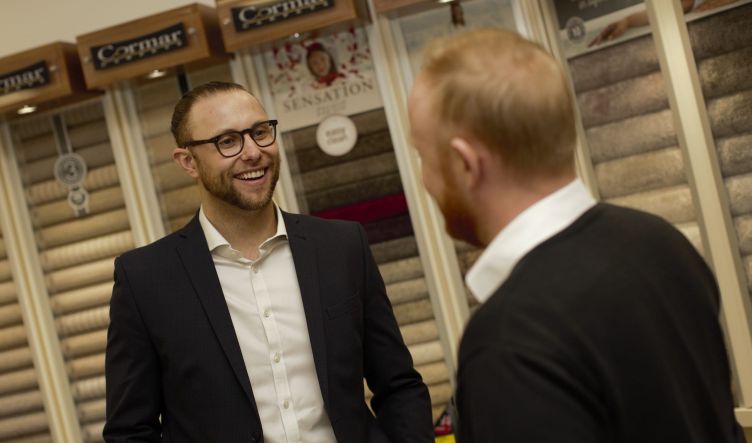 Predicting the collapse of Carillion, graduate Luke Kay chose a franchise over a corporate career

Luke Kay gave up his place on a graduate scheme, performing in the top 10 per cent of his cohort, with former leading international integrated support services business, Carillion.

With a potential salary of £100,000-plus over the next 10 years, why did this 26-years-old hardworking graduate give all this up to join ActionCOACH?

Luke explains: “After completing a master’s degree in project management, I was offered a place on the hotly contested graduate scheme at Carillion. My role varied from managing bids of £10,000 to £30 million to overseeing major maintenance and capital spend projects up to £10 million across six southern regions of England.

“I was working a lot of hours and started to question the ethos of the corporate world - these companies were treating their staff as numbers, not people.

“I had spoken to another high performing graduate, we looked at contracts that didn’t seem to make financial sense and I started to get a bad feeling. So, in October 2015, I looked at options for buying my own business. It turned out my gut feeling was right and I wasn’t surprised when the company announced its failure earlier this year.”

“My research gave me two options - to buy an existing business or choose a franchise,” Luke adds. “My dream had always been that in 20-30 years’ time, I would buy, grow and sell businesses, but I thought I would need to get more experience first.

“I researched franchise brands in magazines and online and my initial thought was I could, in fact, choose a franchise in any industry to get my foot on the business ownership ladder. ActionCOACH ticked all the boxes - I could have my own business, get coached myself and coach businesses in lots of sectors.”

“Just two months in, I was earning more than on my graduate scheme,” Luke says.

“By 2017, I was generating £10,000 a month in client income. By the end of my first 12 months, I hit my goal of £55,000 profit, matching any earnings I could have climbed to in the first year of my corporate career following the graduate scheme.

“Before I started my job at Carillion, I enjoyed a social life and regularly played sports. The job took over that very quickly and I often only spent one night a week in my own home.

“Now, I’m in control of my own business and my free time. I organise my diary so I coach on alternate weeks, meaning I keep every other week free for admin, marketing and leisure time.

“I’m still the youngest franchise partner in the UK and age hasn’t held me back. One of my first clients said, if you’re good enough, you’re old enough.

“The best moment for me so far was when a client of mine, who had previously won entrepreneur of the year in the City of Liverpool, said he’d had the best and most enjoyable year in his shutter business since working with me.

“I’d say I made the right move by choosing this franchise over my corporate career.”