My franchise story: Matt Ewer moved from one business adventure to the next with the help of ActionCOACH 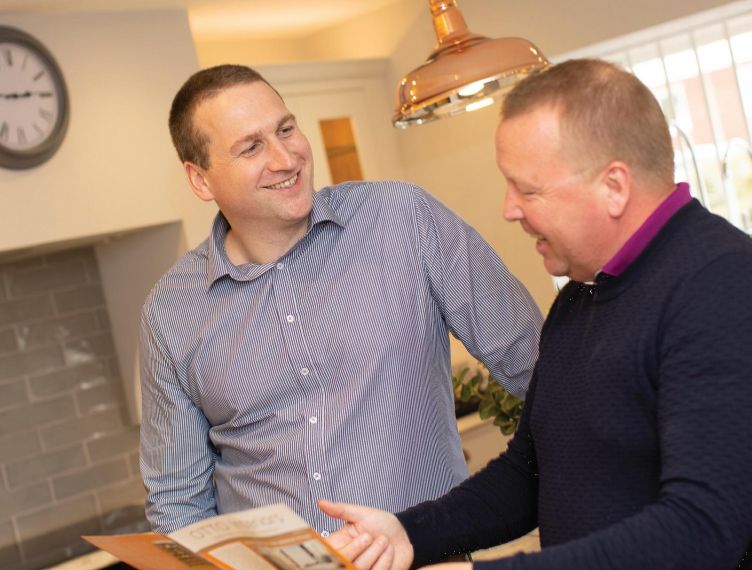 Matt Ewer’s dream was to grow his ActionCOACH business to a firm with multiple coaches. Now that’s becoming a reality

Already well-established in his local community, Matt Ewer’s transition into business coaching was smooth. He’d used an Action Coach for his Premier Sport franchise, which allowed him to exit and seamlessly launch his ActionCOACH franchise in Rugby in May 2015. Matt was ready for a new adventure.

He explains: “From October 2014 to April 2015, I worked with Action Coach, Mark Jennings, to reach a point where I was able to sell my franchise and move onto something new.

“I’d already made my mind up that ActionCOACH would be my next challenge, so once I got to the stage where my previous business was in good shape, I was ready to get started. I went on the discovery day, grew smitten with their values and made a conscious decision I wouldn’t need to look at any alternatives.”

Embarking on a new adventure

Matt was then fully prepared to embark on his latest adventure into business coaching. He flew to Las Vegas to complete his training at ActionCOACH University.

“You’re completely immersed in the ActionCOACH culture during the training - I loved every second,” Matt says. “Having been coached before and as a business owner, I could see how much of the learnings could be applied. I’d been looking for a new challenge and I was more motivated than ever before.

“When you start an Action-COACH franchise, you’re given a master coach until you reach a good level of income - luckily, mine was Mark Jennings. After just two years, he helped me to achieve a monthly client income of £21,000 through a mixture of two-day coaching events, group coaching and one-to-one coaching. My year two turnover was similar to what I was achieving with my previous franchise, but the profit margin was significantly higher with ActionCOACH.

“It wasn’t just my business that was growing, my family was too. In June 2016, my wife gave birth to twin boys, Ralph and William. The importance of creating a business that would allow more flexibility for work-life balance increased by 200 per cent that day. I knew I’d need to develop my business to continue to increase income, without relying on me constantly being in the office.”

Adventuring further than ever before

In October 2018, ActionCOACH introduced an exclusive territory Firm Builder licence, which allows franchise partners to build a firm of employee coaches in an area containing 10,000 business owners. Matt’s dream of building a team of coaches was quickly about to become a reality.

“When I heard about the new licence, I had to get involved straight away,” he says. “Ever since my twins arrived, it’s been my vision to build a firm and have a business that works in my absence, so it just made complete sense. Establishing my team of employee coaches will mean I can depend on them to keep the business running when I’m out, so I can enjoy spending precious time with my family.

“Ralph and William are now approaching three and I want to be with them throughout the most crucial parts of their childhood. With my employee coaches, I can reach a new level of consistent income, which can be reinvested into marketing to generate more leads. And with a new team in place, I’ll become a lot more flexible. It’s a win-win situation.”

Matt currently coaches 19 one-to-one clients, four group coaching clients and has a projected turnover of £350,000 by the end of his fourth year. With the launch of his latest ActionCLUB, his first employee coach will be ready to take the reins and lead the session right from the start.

“After their training, I’ll focus on shadowing and working with them to reach a point where they can run it themselves,” Matt says.

“I always think the best way to learn is by getting in and doing it - and there’s no better time than in a group coaching environment. But, of course, I’ll be there with them every step of the way. It will also be great to see how they work in that situation to assess the dynamic between them and the clients. It will be a huge learning curve for me, as much as it is for them.

“Growing the team will make the transition from being a coach to just focusing on running the business much simpler. I can be working on the operations side of things, while my team delivers the results. It will be a true collaborative effort and I’m very excited to see what the future holds.”

Not just my adventure

“The rewards aren’t solely financial either,” Matt adds. “I get a real boost every time one of my clients makes progress. Trinity Accountants increased their turnover by 125 per cent in the With events such as the Business Excellence Forum and franchise conferences, he benefits from the nationwide collaborative network, while also building upon his own knowledge as a business owner.

“Going into business can be lonely, but we have a community that I expect many other franchises would envy,” Matt says. “The support given from ActionCOACH is extraordinary. There’s a constant endeavour to make it better for us - it’s obvious that they want us to win. “Two years ago, I vowed to myself to grow my business to a firm with multiple coaches. Now that’s becoming a reality and I know my business is about to explode - in a good way!”

Established: 1993 in Australia/2002 in UK
Number of franchised outlets: 240 in UK
Location of units: UK-wide
Investment range: £69,000
Minimum required capital: £20,000
Contact: If you’re looking for a more fulfilling career, a better work-life balance and you’re the kind of person who:
A. Loves learning and developing yourself;
B. Has enjoyed success in your career
or sport; and
C. Is willing to invest if they see substantial returns can be made…

Then find out more by watching the overview video at actioncoach.co.uk/overview