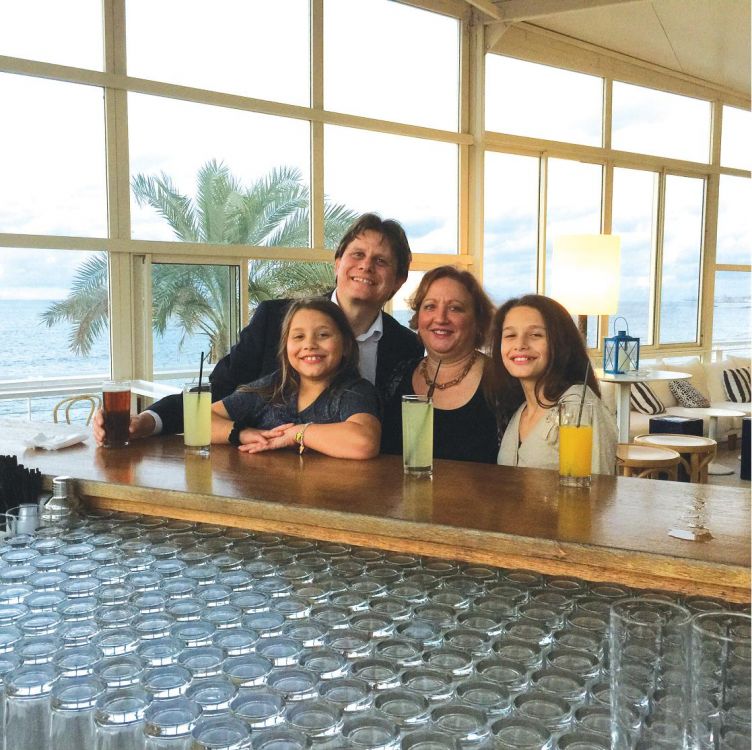 ActionCOACH answers a childhood question for this Franchise Partner

Jamie Goral grew up spending time with both of his divorced parents. Both of them were business owners - his mum had a hair salon and his dad had a shop selling cots, prams and buggies.

Whichever home he stayed at, he would hear the same stories of business hardship, long working hours and the struggle to pay the mortgage. He grew up wanting to help business owners like his parents to achieve more and thought that a career in finance would give him the opportunity to do that.

WHY I HAD TO DO THIS

Jamie explains: “I started my career in finance at an accountancy firm specialising in the small to medium-sized enterprise sector. As I gained more experience, I took a succession of Financial Controller positions in SME companies. I found very quickly that I could systemise the finance department, which would free up my time to help the CEO with other areas of their business.

“The last firm I worked for was making a £6 million loss when I joined and over six years I helped turn that in to a £1.5 million profit and the business was sold for £20 million. When the business was ready for sale, I started looking for another opportunity. I wondered what to do and how I could help more businesses grow.

“That’s when I saw an email from ActionCOACH. It made me double take - I couldn’t believe that two really important facts had snuck past me for all this time. One, there is a thing called business coaching and, two, there was a company who had been doing it for 20 years and had over 1,000 coaches.

“In March 2013, I called Julie Wagstaff, ActionCOACH’s UK Recruitment Director, and told her what I had read about ActionCOACH was amazing and I couldn’t believe it was true. I asked if they had a process where you check each other out before deciding if the franchise was suitable for me and if I was suitable to join ActionCOACH. I found out that the next training course was in May, so I asked if we could try to hit that deadline.

“All I could think was this is how I could help business owners like my mum and dad. I constantly strive to be a better version of myself and could see how having the ActionCOACH community, system and environment would help me to do that.

“I flew out to Las Vegas to spend 10 days at ActionCOACH University and it was amazing. The content was great and specifically geared to growing an SME business, with a selection of the 100,000 examples delivered by some of the best coaches in the world.

“I launched my ActionCOACH business in June 2013 supporting SMEs in the London area. I used ActionCOACH’s exclusive client generation centre and attended local networking events to start my search for clients.

“At the ActionCOACH UK awards ceremony in January 2015, I won Growth Coach of the Year. This award recognises the Action Coach who has grown their business by the greatest proportion of any franchise partner during the previous 12 months. This wasn’t from waving a magic wand - it had been achieved through a combination of my thirst for learning and the sales and marketing strategies available to me through ActionCOACH.

“Right from the beginning of my journey with ActionCOACH, I listened to or read two-four books a month and this knowledge had begun to impact on not only my coaching skills, but also my ability to market my own services. I took part in both a weekly group call and a coaching session and on top of that, I would also pick the brains of coaches who were performing better than me and their help was always forthcoming.

“ActionCOACH’s client generation centre supported the acquisition of four clients. They winners by far. I’ve helped a web design firm grow by 100 per cent in two months and a back care clinic grow by 50 per cent in three months and maintain that growth rate for 12 months.

“In fact, my performance is such that Action COACH invited me to deliver three webinars to our network of franchise partners at the end of 2015 and they have asked me to run a training session in 2016.

NEVER ABOUT THE MONEY

“I currently have 14 one-to-one coaching clients with a monthly client income of £15,000. But it was never about the money for me. I wanted a better work-life balance and to make a difference to struggling business owners, just like my parents.

“I now see more of my wife and two daughters. My dad lives in Israel and I like to see him once a year. My wife has family in New York, who we will be visiting every two years, and my brother in Australia gets to catch up with us every four years. The business has also allowed me to start thinking about a university fund but, first of all, I’ll be financing their Bat Mitzvah celebrations. “My next goal is to have 24 one-to-one clients by the end of 2016, which will equate to £30,000 in client income per month and make a positive difference to 10 more local business owners. “I will then look at bringing in employee coaches. I already have a marketing assistant and she is working towards her own goal of becoming an employee coach in two years’ time. My goal from the start has been to improve the life of at least one business owner and their team every month and that still holds strong today.”