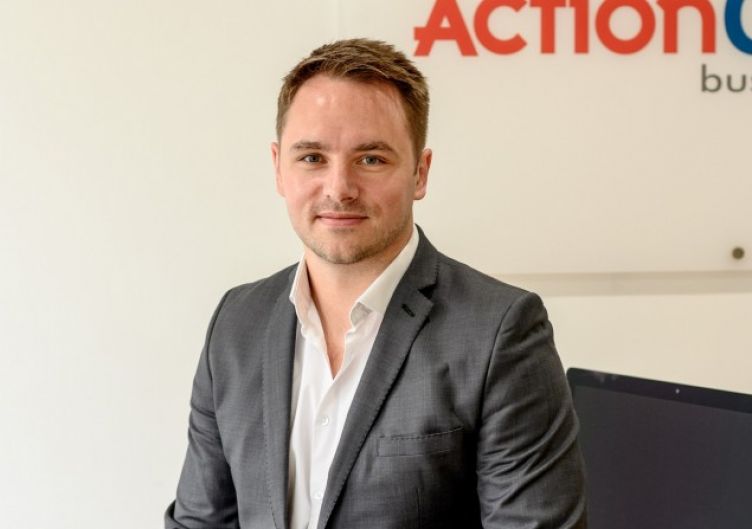 That is according to business coach Lewis Haydon (pictured) who helps business owners reach their full potential by encouraging them to be open about what they really want from life and establish what the business needs to look like to achieve their life goals.

“It’s hugely important that clients feel they are in a safe space to talk about the pressures they are facing, both from a business perspective and a personal one,” said Lewis of ActionCoach Black Country. “One of the things we address in a coaching session is team alignment and so much of that has to do with communication. Growth happens as a result of open and honest communication so we encourage our clients to have discussions with their employees and not shy away from having difficult conversations.

“From our experience, those ‘difficult conversations’ enable the team to address issues, learn and progress, and, as a result, their business thrives. This is the case across all sectors, whether it be a mixed, or predominantly male, environment - and it matters hugely no matter what industry you are in.”

Among Lewis’ customers is Ben Southall, the director of the tree surgery firm Treetech. He says the business coach has helped the firm make great positive strides - encouraging both management and staff to talk freely about the direction they want to see the business heading in and discuss what they individually want to achieve in their roles.

“I know lots about trees, but nothing really about business,” said 39-year-old Ben. “We’d managed to survive for 16 years, but it felt like we would take two steps forward and then two steps back six months later, in terms of hiring and losing staff. Lewis came in and helped me break down my own barriers and overcome my preconceptions. He encouraged me to be honest and open about where I wanted the business to go.

“The hardest thing to change was the culture at our company; we’re a male-dominated industry, meaning we don’t really talk about things. It was hard to break down the barriers to get everyone to talk about what they liked and disliked in a constructive way.

“One analogy they use is that you’re on a bus heading to a destination - does everyone on the bus know where you’re heading? When Lewis asked this, I said ‘I think so’. He asked: ‘Is ‘I think’ enough to keep people on the bus with you until you reach your destination or are they going to get off after a few stops?’.

“We need to help people see where their future is heading with the company and help them find where they want to go.”

Ben, whose tree surgery firm is based in Chipping Norton, Oxfordshire, says he has seen huge changes in his company, staff - and even himself since they took Lewis on as a business coach less than 18 months ago. Ben says the biggest success for him has been the changes he has seen in his relationship with a long-term colleague whose role has altered since Lewis began coaching Ben.

He says the change has resulted in the member of staff now feeling “like part of the business, rather than just an employee”.

“One of the biggest wins for me was with a member of staff who has been with us for 13 years. We always got along very well, but our working relationship had become stagnant. We had no vision and neither of us could see where his future lay,” added Ben. “One of the things Lewis suggested early on was having him do some sales work. I wasn’t sure, given we’re a small business, but he said to try it for two or three days a week.

“It’s completely transformed our relationship and he’s in a totally different role. It’s given him a real sense of involvement in the business and now he’s like a different person. He’s now so charismatic and so much more invested.”