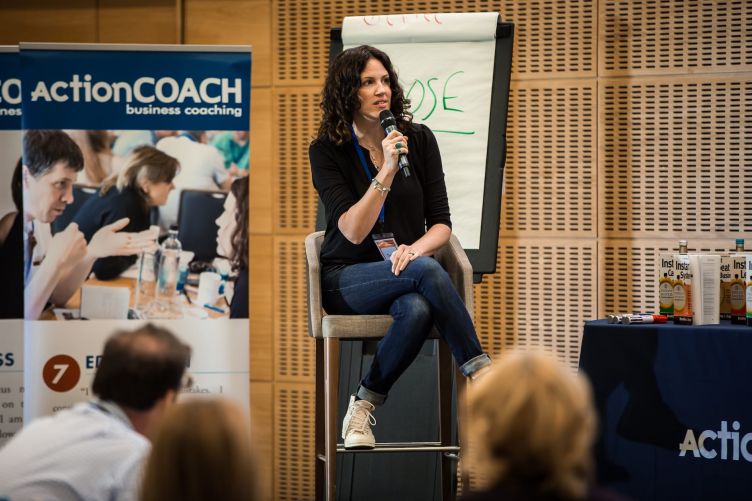 Tanya Hill is hitting milestones and achieving dreams with ActionCOACH

Tanya Hill turned around her upholstery business with the help of an Action Coach. When she stopped working 14 hours a day in her business, she realised she could be an Action Coach too.

But what is this mother of two’s secret to success now she specialises in business growth coaching for the trades?

After returning from two years of backpacking around Australasia, Tanya and her husband Scott decided to start their upholstery company, based near their home in East Anglia. They thought owning a business would bring in more money, more holidays and more control. But they soon began to realise how wrong they were.

Tanya explains: “I was working 14-hour shifts handling all areas of the business, from sewing, bookkeeping and VAT returns to invoices and quotes - the list goes on. The worst thing about all of this was that my children were brought up in the corner of a cold workshop.

“After attending an ActionCOACH 6-Steps Seminar, I made some simple changes, which made a difference to the business. Six months later we’d graduated to one-to-one coaching, investing our 12 years of savings - intended for a family holiday to Thailand - in business growth coaching with ActionCOACH’s Kent Rhodes.”

The day-to-day operations began working without any major input from Tanya, giving her the freedom to think about her future. Within three months, she had hired her replacement and in October 2015 she became a franchise partner with ActionCOACH.

“I must admit, I didn’t have the best start when I launched my ActionCOACH business,” Tanya says. “It took me a while to find my natural flow.

“I took a step back, realising that people buy into people they like and trust. Now I’m Tanya who coaches, rather than a business coach called Tanya, a subtle difference.

“I began to get more clients, more specifically business owners in the trades, who get my black and white approach and need a coach who is grounded and authentic.

“I meet my clients through sharing insights and client successes on LinkedIn. By June 2018, I had grown my income to £23,000 a month.”

Tanya manages her business, with the help of a full-time PA, inside school hours.

She says: “By Christmas 2017, we were in the fantastic position to be able to take a month’s break in Thailand and Indonesia - both Scott’s upholstery business and my coaching business could work without us while we enjoyed the time with our two daughters.”

“In 2013, as part of my coaching for Hill Upholstery & Design, I went to a GrowthCLUB planning day with my Action Coach Kent Rhodes.

“In 2018, I found the planning book where I had written my five-year goals - I wanted to have paid off my mortgage and moved to our dream home location. ActionCOACH has been instrumental in helping us reach these incredible milestones.”