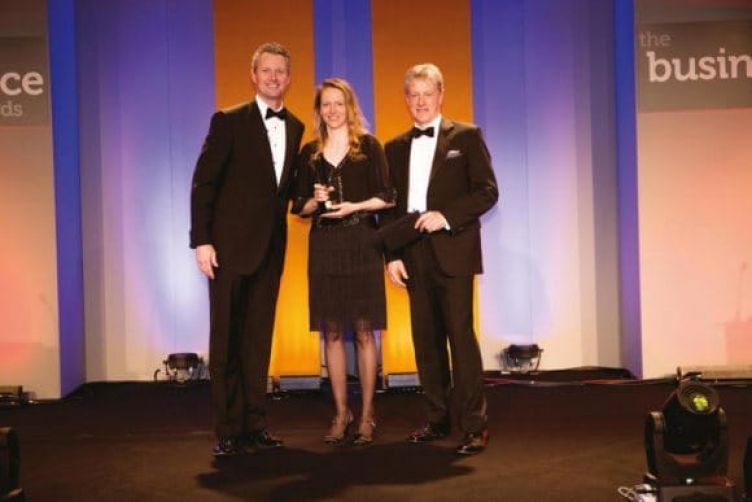 James Akin-Smith has been working for himself since 1984, growing and selling businesses including construction, wholesale giftware, software and online retail. He sold his last business in 2009, the second most visited branded lingerie retailer after Figleaves, and retirement loomed.

“By lunchtime on my first day of retirement, I knew it wasn’t for me,” James says. “I’d always been so busy, even my hobbies weren’t enough to keep me entertained.

“That’s when I started getting calls from friends asking for help with their businesses. In my previous 25 years as a business owner, I’d come across many of the scenarios and challenges my friends were telling me about.”

James spent the next few years as a general business mentor, enjoying being a trusted adviser, but feeling lonely much of the time as he often worked on his own. That’s when, in 2013, he came across ActionCOACH.

“I didn’t want another job, but I did miss being part of a larger group,” James says. “I had never heard of business coaching as a profession, but I could see how beneficial it would be to have someone to ‘unpack’ a business with and discuss more than the usual topics of finance with an accountant or funding with a venture capitalist.

“As I looked into the franchise, I was impressed with the systems and processes I could tap into for both myself and my clients. I thought the combination of my business battle scars and ActionCOACH’s strategies and tactics would be a valuable formula.

“I did my homework, reading about ActionCOACH and watching videos from Brad Sugars, their Global Founder and Chairman. Brad had taken complex business theories and made them accessible in bite-size chunks. I began to feel fired up.”

James didn’t let himself get carried away, though. He spoke to a dozen Action Coaches, including one person who had exited the franchise without making it a success. He understood why failure had happened and wasn’t frightened by the feedback.

“I also spoke to ActionCOACH clients as part of my decision making process,” James says. “I had been a busy business owner, could see how having a coach should help and was pleased to hear every client confirming that using ActionCOACH had made a massive difference to their business results and, therefore, their personal lives too.”

After four months of research, James finally made up his mind to go for it after a conversation with a close friend and former business partner while on a ski break in the French Alps made him realise that the franchise could have been tailor-made for him.

Just five days later, he was in ‘ActionCOACH Uni’ about to begin one of the most intensive development sessions of his life.

“ActionCOACH’s initial training was shatteringly hard work,” James says. “It wasn’t two weeks about business, it was two weeks of getting to know what was going on inside my head - it was transformational. I mixed with new and established coaches from around the globe and it was one of those times in your life you’ll never forget.

“I returned to my home in Poole, Dorset to start my new business. If I was going to do this, I was going to do it wholeheartedly. I have a franchise territory which covers South West England, but the majority of my clients are within a 10-mile radius of the timber-framed garden office I built over 20 years ago.

“I began my marketing in earnest and got my first client using ActionCOACH’s exclusive client generation centre. I found that, as is typical with many business interactions, people buy from people. As an Action Coach, my clients place about 80 per cent of their decision on buying from me and 20 per cent on the great tools I am offering through ActionCOACH.

“Through networking, referrals and affiliate partnerships, by year two I reached break even and took a good salary. In year four, I have reached 70 per cent client capacity and I’m now making it a personal challenge to see where I can grow. My target is to be in the top two per cent of Action Coaches worldwide.”

James previously employed his wife, Sarah, in the business for admin and marketing support, but his new mission has seen him employ a fulltime PA to fulfil this role and more, including social media and a customer relationship management system.

“This is the most fun I’ve had working in the past 30 years,” James says. “My PA, Aimee, makes sure I can concentrate on coaching or meeting prospects and I spend the rest of my time on self development or enjoying my free time.

“It’s ideal, as I’m picky about detail, but am not actually very good at pulling off the accuracy needed for an admin role. I’ve looked at what I do well naturally, found my flow in being with people, leading and being creative.”

He encourages his clients to find personal time to do something fun and he leads by example. A trimaran canoe trip down the coast of Tanzania with his son, Rowan, or taking a helicopter to find the best powder fields for skiing is just two of the ways James has recently taken time out for himself.

“I don’t think I’ll ever retire, the mental stimulation is so important to me,” he says. “While I can add value to my clients, I will continue to work five days a week.

“I never saw myself as a caring and sharing person before joining ActionCOACH, but now I’ve seen how personal lives can be enormously improved by what we do with a business owner, it’s incredibly satisfying.

“I also never saw myself as a typical franchisee - I can’t resist zigging when others zag - but why would I turn down the support from the ActionCOACH team and a worldwide network of coaches? Why not make it easier on myself?”