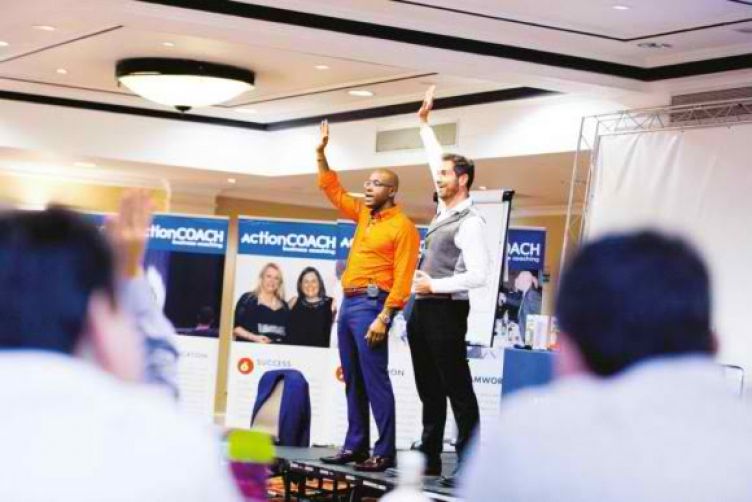 Stuart Wright was drawn to business ownership from an early age. He started his first business at the age of 21 with just £26, selling his basket of sandwiches around local offices in Harrogate.

Six years later his business had grown to £1.5 million turnover and 40 staff and, by most people’s standards, Stuart was in a winning position.

But Stuart saw the business plateau. He was a young man with a new daughter working lots of hours for very little rewards - a typical picture of a small business owner in the UK. His frustration led to him selling his business for much less than it was worth in 2003.

His next business saw him importing silver jewellery from Mexico and showcasing it in hotels across the North of England. Yet again the business grew and yet again he became frustrated.

Stuart explains: “I started to blame the same things as I did in my previous business - the staff, the market conditions. Then my accountant gave me a copy of ‘The E-myth’ by Michael Gerber and I started to wonder if maybe the common denominator in these businesses was me - I was the problem.

“I understood I had reached a ceiling in what I knew about running a business. So I committed to lifelong learning. I began reading all sorts of business books and attending seminars and things improved, but it was slow progress. So I decided to get some help. In 2007 I hired Action Coach Chris Fordy.

“Under the guidance of my Action Coach, my jewellery business flourished. I was free from the dayto- day operations of the business, so I looked at other opportunities. I decided to buy an EnviroVent franchise, a domestic ventilation business.

“With ActionCOACH’s help, this grew to generate an annual sixfigure profit and double digit growth year on year. I ended up with five EnviroVent franchise territories, and only had to do half a day a week in my business owner role!

“So, one year ago, I found myself sat in my garden wondering what to do next. My initial thought was to spread the word about ActionCOACH - it seemed mad to me that more business owners weren’t using an Action Coach in my area of Yorkshire and Lincolnshire.

“I offered to host a seminar and thought it would be a great way for Chris to win more clients. I enjoyed the seminar and, sure enough, people showed interest in being coached and that’s when the seed was planted.

“It wasn’t until a good while later that Chris told me about the option to build a firm of coaches with the ActionCOACH franchise, not just become a self-employed Action Coach. The thought of building an ActionCOACH team appealed to me and I spoke to Ian Christelow, the UK co-founder of ActionCOACH, to see what the next steps were.

“Ian explained that my only limitations on growing my ActionCOACH firm were the limits I put on myself. I completed the UK training in the last week of July and came away with the overriding sense that I couldn’t fail with all the systems to follow.

“On August 1, 2016, I started my ActionCOACH business in Yorkshire and Lincolnshire with a huge goal - I want to build a firm of 50 Action Coaches supporting 1,000 businesses a year.

“At that level, we will be making a massive difference to our local economy. I believe that business is a force for good. If a business is truly successful, then that is down to a great team. If a team is successful, then they are enjoying work, are rewarded for their work and life becomes a sevenday weekend!

“Of course, I had to start somewhere. Before I started the initial training, I had spoken about ActionCOACH at my BNI networking group, which has proven to be a fantastic client generation activity for me.

“In only four months I have secured 12 one-to-one coaching clients (an average one-to-one ActionCOACH client invests £1,500 per month) and seven group coaching clients. I never set out to concentrate on just one lead generation activity, but I haven’t had time to do anything else!

“It’s a testament to ActionCOACH - I’ve been able to leverage the power of the franchise system very quickly having been coached myself. 20 years ago, no one knew what business coaching was and our Action Coaches have represented and grown the business coaching profession in the UK almost single-handedly.

“In fact, in the early days of ActionCOACH, when Brad Sugars first started up, it took him two years to hit the same number of clients I have built in four months - that shows our amazing progress in 23 years as a team!

“How long will it take me to build my team of 50 Action Coaches? Well, my first employed coach is being recruited now. I then want to steady the pace of my coaching commitments to enable me to build the firm from there.

“One of my daughters is joining me to get some sales experience. She couldn’t find a better business than ActionCOACH to benefit from a wealth of knowledge on sales and teams.

“My other daughter wants to start her own business, so I’ll be coaching her to develop the ActionCOACH definition of a ‘real business’ – a commercial, profitable enterprise that works without her – once she’s progressed from self-employed, she truly can call herself a business owner.”