Encouraging Women into Franchising’s 2017 In Review 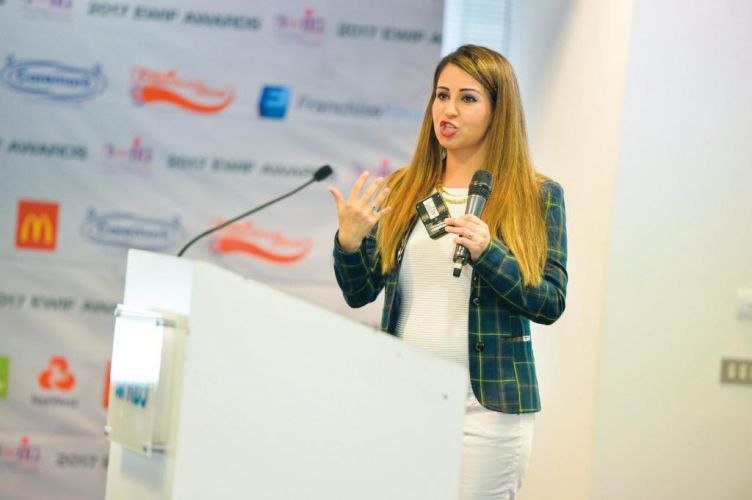 As women continue to break through the glass ceiling of what franchising stereotypically looks like, Encouraging Women into Franchising has had an excellent year.

Signed up its 100th member. Have you joined the EWIF membership yet? If you’re passionate about seeing women engaging in the world of franchising, get on board.

Introduced a new region. EWIF North East started in the spring under the leadership of new regional chair, Angela Sterling of Lingotot.

This also means EWIF welcomed a new regional chair for this region - Stephen Thompson from Darwin Gray Solicitors in Cardiff.

Had a record number of entries to the EWIF 2017 Awards.

EWIF members had a brilliant time celebrating some of the successes of women in the franchise industry at this year’s awards ceremony and pre-awards black tie event.

Melody Hossaini was guest speaker. A multi-award winner, her accolades include:

New Europe’s Most Influential Woman 2015. Awarded to her by the European Parliament for her role as founder and CEO of InspirEngage International, one of the world’s leading skills training and people development organisations.

Having a portfolio spanning 100- plus countries and reaching one million people over a four-year period.

Co-founding the UK Youth Parliament at the age of 13.

Being a government adviser on enterprise and skills.

Appearing on the BBC’s The Apprentice series.

EWIF’s annual conference was another record-breaking event, with more members than ever before in attendance in Northampton.

They were treated to inspirational talks from Adie Luff, TONI&GUY’s regional education manager, who was joined by national franchise manager Gaynor Hodge; and Tanya Robinson, senior contract manager for HMPPS. Tanya founded a charity to support and rescue sex workers in East London.

As well as its regular national and regional events, EWIF will be making a big deal out of the fact it’s celebrating its 10th anniversary in 2018. To mark the occasion, there will be events and focus points throughout the year.

EWIF says it’s ready to make an even louder noise on behalf of women in the franchising world. How about you?