“Sales Geek’s proposition was absolutely perfect for me” 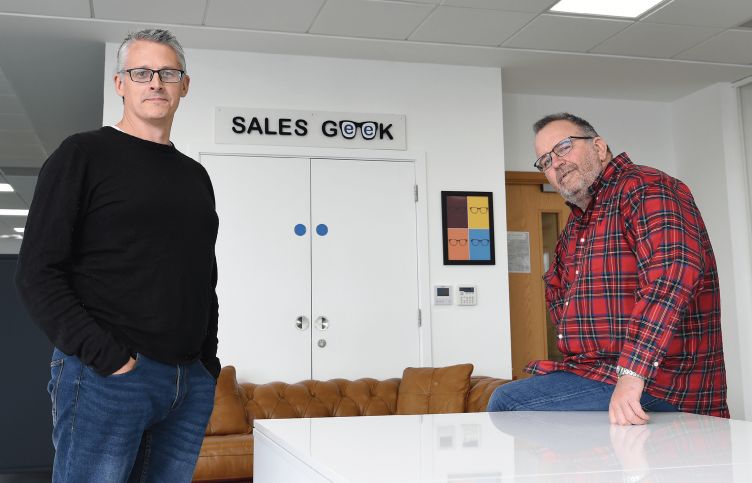 Sales Geek is fed up that the profession the company loves is generally seen in a negative light and that ‘sales’ has become a dirty word.

Founder Richard Few was fed up when he created Sales Geek. He was exhausted with the commute, tired of the day-to-day and frankly frustrated with office politics.

Since Sales Geek’s formation in 2017, it’s helped hundreds of businesses to grow and thrive. The company has helped clients understand the transformational power of excellence in sales leadership. And at the same time, its ‘Geeks’ have, like Richard, purged their frustrations and found a new, more satisfying way of working.

Are you a Sales Geek?

Thousands of people work in sales and probably dream of escape, but only a small percentage can class themselves as true sales geeks.

To own a Sales Geek franchise you must align with the company’s core values and have 20-plus years’ C-suite experience.

Sales Geek franchise owners are battle-hardened sales warriors. They have been there and done it and still return, committed to learning more each day.

They are able to diagnose issues and problems within a business and prescribe the right treatment. They are mentors, able to get the best out of everyone they meet, from CEOs to sales apprentices. A Sales Geek exemplifies the company’s passion and ultimately commits to its mission to change the way the world perceives sales.

A Sales Geek franchise provides a part-time interim sales director service for small businesses and if you match up with the criteria above you have the potential to own a very successful business doing just that. The company’s 180 per cent year-on-year growth and multiple awards provides its own case study.

Sales Geek provides you with full training and processes, systems and materials to hit the ground running. Included is membership of one of the UK’s top networking groups.

A £200 per month marketing fee gives you access to the might of Geek HQ. System license fees are due from month three and ongoing fees are at 20 per cent.

“I’m able to do exactly what I love. I get to help real, grassroots small businesses within my community and make a massive contribution to their success while maintaining a work-life balance for myself.

“As an added bonus, I’ve been able to get off to an absolute flyer with Sales Geek’s help and am billing 12 days per month after just three months. Best of all? I’m no longer a fed-up!”

At a glance Sales Geek

Start your own Sales Geek franchise

Send a free enquiry to Sales Geek for further information!