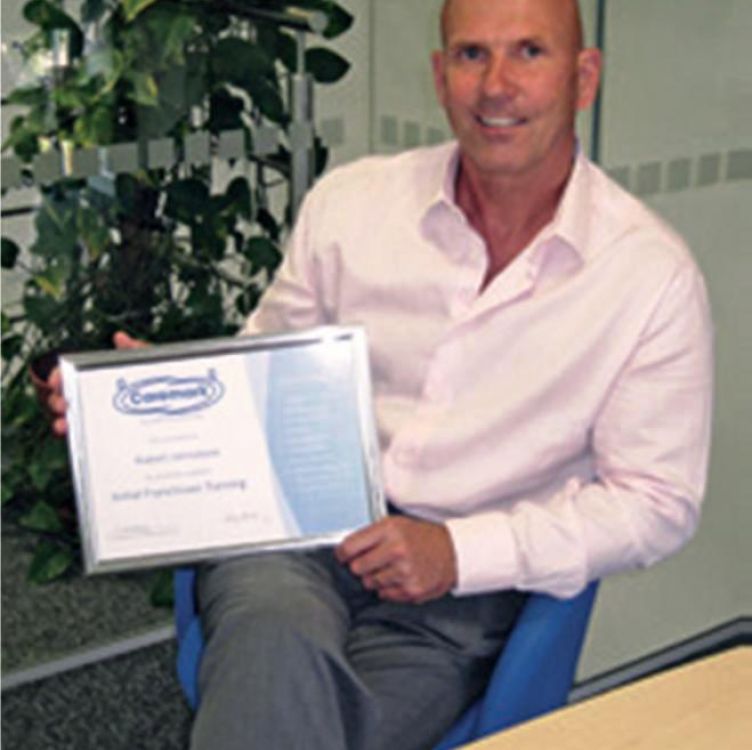 With the help of Caremark, Robert Johnstone is fulfilling a need for in-home support across Cambridgeshire

The home care industry attracts people from a variety of backgrounds, each with their own reason for choosing to buy a franchise in this growing sector - and Caremark’s network of enterprising franchisees is no different.

What motivates people to leave a successful career path and set off in another professional direction? For some, this may be down to personal experience of the sector when a loved one needed care, while others want the move to an industry that combines social good and sound financial sense.

Robert Johnstone, an experienced change manager and former retail operations director, felt a similar combination of these motivations when he first looked at joining Caremark.

With more than 20 years of expertise in launching new stores and turning around underperforming retail operations in the UK and Russia, Robert has an impressive track record of success.

He explains: “I’d worked tirelessly, since the age of 21, developing global businesses and travelling the world, but never felt as though I was contributing to anything worthwhile.

“My wife, Tracey, had been working in the care industry, as had her mum, and I’d always admired their passion for what they did. Caring for people came so naturally to them and I could see the positive impact that compassion was having on the community.

“There’s a need for in-home support across Cambridgeshire, so launching a care business committed to keeping people in their homes, for as long as possible, became my sole focus.”

Since joining Caremark in June 2018, Robert has not wasted any time.

He joined Caremark’s franchisee training course in July, a two-week residential course held at the head office in Worthing, and passed with flying colours.

“This initial training was great and I had a huge amount of sound advice from many existing franchise owners, which stood me in good stead when I started trading,” Robert says.

Soon afterwards he acquired office premises and hired an experienced care manager to head up the care side of his business, leaving him free to work on marketing and networking within his local community.

As the new business in town, Robert was proactive in getting to know other health professionals and stakeholders in his area and continues his efforts to make them aware of his new service - work he could do while he waited for his CQC registration to be granted.

David Glover, Caremark’s managing director, says: “Finding the right individuals to join the Caremark family is key. This is a business whose end product is a living, breathing being, rather than a widget on a factory line.

“Potential franchisees must have a desire to work with and serve vulnerable individuals. They’re not simply buying a franchise, they are buying into the business of other peoples’ lives.”

Robert has made a fantastic start, with his new business covering Cambridge & South Cambridgeshire.

“Along with Tracey and my care manager, Laura, we’re looking to build a profitable business and a legacy for our future, but our number one priority is working with the best possible team of care workers we can - it’s something we won’t compromise on,” he says.

“We live locally - just 10 minutes from our office - so making an impact on our doorstep makes the hard work so worth it.”

Robert is certainly a man on a mission. As a high achiever, he’s comfortable with pressing on with the job and getting results. This time it’s not a large corporate benefiting, it’s for his family, team and community, which is far more gratifying.