The Franchise That Does (Almost) Anything! 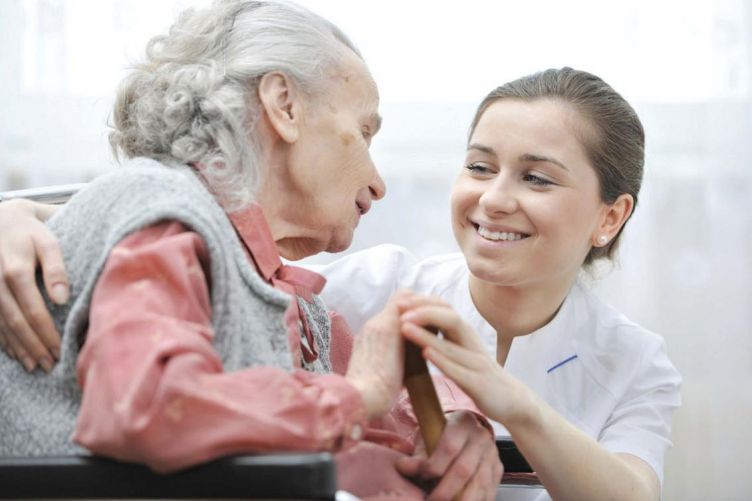 Carol Godding and Cath Arnold’s Extra Help franchise takes on virtually any job that will make life easier for anyone in the community. Trevor Johnson reports

Just imagine there was someone you could ring up and ask: “How are you fixed for walking the dog, tidying the garden, doing a bit of shopping and giving us a hand with clearing out the spare room?”

Carol Godding and Cath Arnold are delighted to get calls like that. Their award winning Extra Help franchise on the Wirral does exactly what it says on the tin - it takes on virtually any job that will make life easier for anyone in the community, regardless of age or circumstances.

Cath says: “About 80 per cent of our clients are elderly and in many cases the help we give allows them to stay in their own homes and enjoy a relatively independent life.”

This mirrors the national trend: the UK care market is currently worth £6 billion, with two thirds being spent on the over-65s.

This blend of work and caring concern was just what Carol and Cath were looking for when they decided to go into business together 18 months ago. Cath, a teacher for 25 years, was language director at a girls’ grammar school and Carol was an administrator for a local preschool.

While they both loved their jobs, they wondered whether it was time to try something new.

As Cath puts it: “As a language teacher, I always encouraged my pupils to step out of their comfort zone, so I thought it was time for my mid-life self to practice what I preached. With a long time to go before retirement, I felt in need of a change.”

As it happened, Carol felt the same. The two met at their children’s school and later at a yoga class. They started meeting for coffee and after a while wondered if they could run a business together.

Carol had previously run a franchise and suggested this might be the way forward. The friends attended a franchise exhibition in Birmingham and considered several franchises, before deciding that Extra Help ticked all the boxes.

“Its values felt right,” Cath says. “And we liked the fact we could build a business around having five children between us and so needed to be flexible.”

With her previous franchise experience, Carol also liked that Extra Help provided varied services, rather than being restricted to the usual one.

“It meant we could respond to the target market more effectively,” she says. “It was also a management franchise and staff were self-employed, so there was no PAYE, National Insurance or pensions to take into consideration.

Carol adds: “It was really important that we found something we both enjoyed. We weren’t looking to make millions, but just wanted to find a business that was relatively easy to run and would provide us both with an income that would take us up to retirement.”

The franchise covers 150,000 households on the Wirral peninsula and after little more than a year has nearly 90 regular clients serviced by 18 staff. Recently, Cath and Carol’s hard work was rewarded when they became Extra Help’s new franchisee of the year.

“I was nervous about taking the initial step,” Cath admits. “But we have found that running the business together does work well for us. We can cover for each other and look after each other’s children if needed - and we both share the Extra Help values, which make the service stand out.

“It’s been a steep learning curve for me and it’s not always been easy. We’ve had some challenging cases and it was hard work getting everything going, but this award shows we must be doing something right.”

Claire started the business with a friend in 2010 and has seen it expand to 13 successful franchises.

“I get enormous satisfaction from bringing new franchisees on board and helping them grow their own businesses,” she says.

A former nursery nurse, Claire had previously run a busy publishing business, but decided to move into a completely new market.

She remembers: “Assisting the elderly remains our passion, but as the business expanded we recognised that a huge gap in the market existed for the provision of domestic and home help services to many different types of people.”

Since launching, Extra Help has expanded its range to include domestic and mothers’ help, assistance to new and working parents “and just about anyone else who needs us.”

Claire also detected something of a sea change in the market: “People are living longer and want to remain independent. The older generation are not good at asking for help, so it’s the younger generation who are now paying for these services for their parents or grandparents.

“All our lives are becoming busier and we want to spend quality time with our relatives, not just doing the shopping for them or the cleaning.”

Carol goes along with that: “It’s been enriching to meet so many different clients and hopefully make a difference to their lives. When you spend time with older people and listen to their experiences, it’s a real eye opener. They have so many stories to tell.”

Cath adds: “Many of our elderly clients are highly intelligent people who just love a chat over a cup of tea - someone to talk to in a life that is often very lonely. One client, a 91-year-old man, goes for days without speaking to anyone apart from us.

“When you’re on your own, just a trip to the shops or a coffee out with someone are great events. It’s so rewarding to be able to help people like that.”

An Extra Help franchise costs from £8,000 (plus VAT). For this, franchisees get initial residential training followed by regular face to face sessions, plus management support for as long as it’s needed.

“It’s hard work, but it really does get easier,” Cath and Carol assure us. “We’re still excited about the future and are looking forward to building on our success - there’s so much potential out there we’ve hardly scratched the surface.”