“Home Instead is continually forming partnerships with leading brands and organisations” 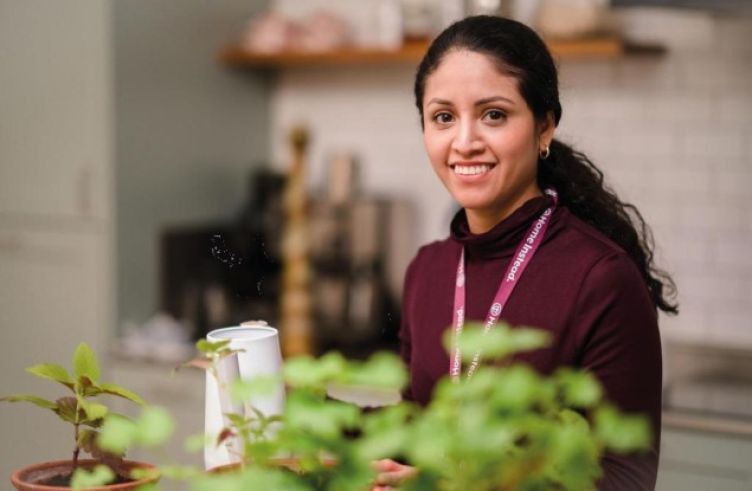 Home Instead delivers quality companionship-led services to over 12,000 older people in the comfort of their own homes.

Franchisees join the brand to build successful businesses which really make a difference, with a shared passion to ‘help change the face of ageing’ through its innovative services.

More people have chosen Home Instead to invest in than any other home care franchise in the UK. Why? Because of its award-winning support, established brand awareness, and consistent quality.

Invest in a growth sector

Home care is not only a growing sector, increasing every year with our ageing population, but it is a sector which is becoming increasingly understood and respected as a choice for care in later life.

The pandemic has highlighted home care’s benefits and pushed it into the public eye. Home Instead kept thousands of older people safe and well in their own homes throughout an unusual and troubling time.

Home Instead franchisees not only recognise the market potential of an ageing population; these entrepreneurs want to make a real difference through their business venture – choosing a pursuit that is rewarding as well as profitable and scalable.

To raise brand awareness and to improve the quality of their care, Home Instead is continually forming partnerships with leading brands and organisations.

Recent partnerships with Boots UK and Barclays not only aim to raise awareness of home care more widely, but also to equip older people with digital skills and understanding.

An industry-leading partnership with Parkinson’s UK has created a bespoke training programme for Home Instead care professionals, allowing franchisees to provide further specialist care within their communities.

And these partnerships stretch into mainstream television and media. Home Instead are the proud sponsors of ITV’s Love Your Garden, featuring Alan Titchmarsh, putting the brand in front of thousands of viewers in their target audience. A new sponsorship of Lorraine Kelly’s podcast furthers brand awareness, whilst also raising understanding of care in general by bringing it into her podcast conversation topics.

Leading the way in care and franchising

Home Instead is recognised as the leading UK franchise in the Elite Franchise Top 100, as well as being named the bfa’s Gold Franchisor of the Year for 2020, and received the Global Franchise Award in the Nursing and Care sector.

But as well as in franchising, the company also leads the way in care, being the most recommended home care company on homecare.co.uk. Over a third of its franchise network in England has been rated ‘Outstanding’ by the Care Quality Commission, the highest rating possible.

Home Instead is a pioneer in innovating, with a recent move to recognise the skilled nature of the caregiving profession by announcing its workers will be known as ‘care professionals’. Care pros from throughout the UK have also been invited to join a council, giving them a vital voice in future decision making for the network.

Home Instead has a number of opportunities available across the UK, including greenfield and resale territories. It is looking for passionate people to bring care to the North East and East of England, as well as Northern Ireland – there are huge opportunities to introduce home care into these areas.