My franchise story: From nurse to MD, and praise from the CQC 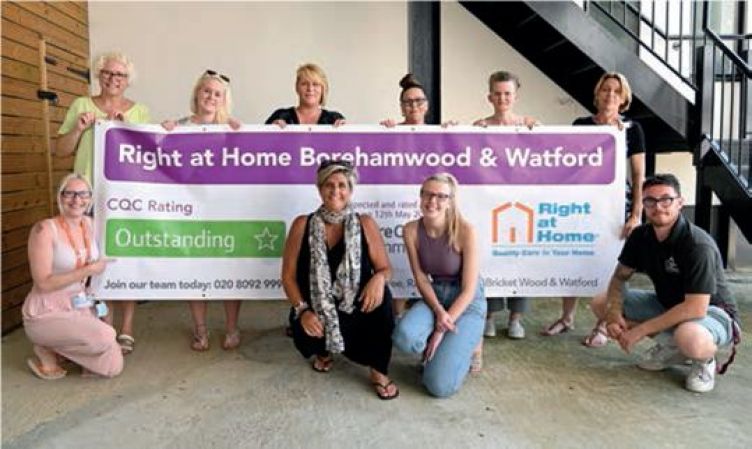 Some people nurse an ambition to be the best at what they do – and in Jenny Madghachian‘s case, she’s achieved that and more, with an Outstanding rating for the care-at-home service she owns and runs in Borehamwood and Watford as a Right at Home franchisee.

The Care Quality Commission inspector has given her business fulsome praise for the difference it’s making to people’s lives. For anyone who knows Jenny, that’s not surprising. As a former nurse and large care-agency manager, care comes naturally to her and she sees it as her vocation – so when she decided to take her talents into the world of franchising, she was certainly in demand.

“The first brand I met ticked a lot of boxes, but it felt all just a bit too easy,” says Jenny. “They knew my background made me a good fit, and that I had the funds to commit, so suddenly I found myself being put under a lot of pressure to say yes and sign a franchise agreement.

“It just didn’t feel right, so I backed away, but I still believed franchising was the way forward.” Her next experience was very different: “I called Right at Home, and from the first contact I felt everything just clicked. But far from feeling like anything was being handed to me on a plate, the exact opposite was true!

“It was very clear their franchise territories weren’t so much for sale, but rather they were awarded on a very exclusive basis.”

Undaunted, and spurred on by the thought that if she made it through selection she’d be joining a group of seriously capable and impressive people, Jenny spent a month honing her presentation for the CEO.

“It really was the kind of network I wanted to be part of,” says Jenny, “and as I went into the start-up I found the energy and dedication to do whatever it took to make it work, with long hours and a lot of hard work. It was exhausting yes, but it didn’t ever feel difficult or daunting because I loved every bit of it – the thrill, at long last, of building something for myself.

“Getting through the first CQC inspection is a perfect example – on my own that would have been beyond stressful, but National Office told me exactly what I needed to do and made approaching it really straightforward.”

And the proof? Matthew Jenkins of the CQC said in his report: “People told us the help and support they were getting was invaluable and meant they could enjoy life in their own home safely and worry-free. “It was impressive to see the extra mile staff went to, to ensure nobody felt lonely during the pandemic.

“One staff member danced with someone and watched their favourite programme with them when they were missing their own family.”