My franchise story: Her drive is central to the company 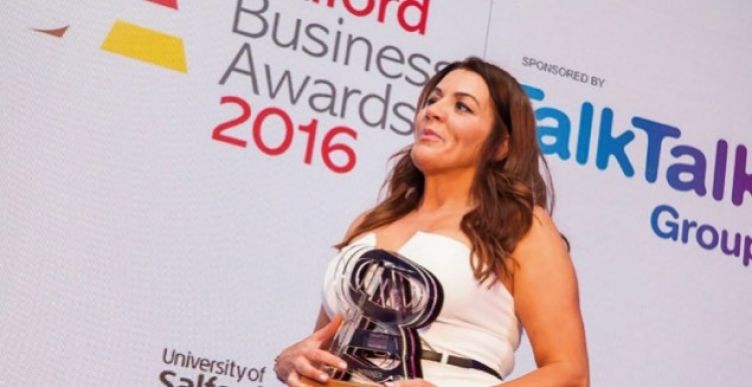 Footlights is led by an individual whose passion and vision for her business has seen it grow from a single idea and hobby to a company creating an impact throughout the North West, Midlands and now South Wales.

Jo Fisher is a trained actor and teacher. She grew up in Higher Openshaw, a deprived area, left school at 14 with no qualifications and became the first milkwoman in Manchester in 1988 aged 18!

Although as a child Jo loved literature, she was not encouraged to pursue her ambitions but instead expected to drift into an unskilled job. Despite this, in 1992 she fulfilled her dream to train as an actor.

Jo then ‘fell’ into teaching and discovered she had as much passion for this as for books and acting. In 2005, after years of freelance teaching and acting, she launched Footlights with just £300 on a credit card.

She won ‘Entrepreneur of The Year’ at the Salford Business Awards in 2016, has produced and directed dozens of plays and in 2018 her commitment to education (developing a play and workshop around the centenary of the First World War) led to her being invited to the Remembrance Day service at Westminster Abbey.

Yet on a Saturday morning, you’ll find Jo in her Footlights t-shirt and joggers at one of her four company-owned units and, if you arrive between 9.45 am and 10.00 am, be warned: she’ll probably ‘persuade’ you to join in the most energetic warm-up of your life.

Jo is an excellent role model for young people, inspiring them to make the most of their talent and develop new skills, and she fulfils the same role for her 12 franchisees, nine of whom have been recruited in the past 24 months.

Jo used her training and life experience to create an innovative business model that is at the forefront of its field.

She says: “One of the reasons I started Footlights is because I wanted to engage with young people, take them off the streets and onto the stage. So it’s important to work with the local community, schools, businesses and agencies.

“I also thought I could provide a better service than our competition!”

Jo recognises the importance of working collaboratively to achieve the best outcomes and her enthusiasm and tenacity has led to partnerships with senior educationalists, police and community services.

This spirit and knowledge is shared with Jo’s franchisees. She firmly believes that working with the right people, both inside and outside the business is fundamental to success.

Stringent processes and procedures, delivered in hands-on training by Jo and her team, ensure the brand equals quality and value. Jo’s tireless enthusiasm for and commitment to the business is rewarded by loyalty, not only by clients but by franchisees, two of whom have been with Footlights for more than 10 years.

Her drive is central to the company - Jo has a successful track record in identifying opportunities to grow the business.

She’s also quick to recognise when a franchisee is feeling under pressure or underperforming, whether as a result of the demanding consumer environment, general ‘life pressures’ or the weight of running their own business.

However busy Footlights is, Jo calls each franchisee regularly; after all, one of her favourite quotes is ‘teamwork makes the dream work’.