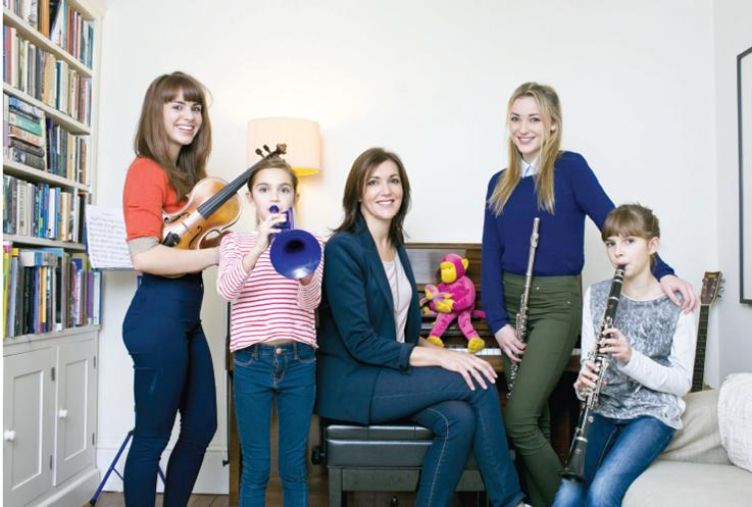 It’s been 23 years since Angie Coates turned her passion for music into a premium brand of music classes, which brings music into the lives of thousands of young families each week.

Since its creation in 1993, Monkey Music’s weekly classes have become synonymous with the delivery of high quality musical education across the UK - bringing music into the lives of more than 250,000 families with children aged between three months and five years. And as one Britain’s most lauded franchise companies, it has also nurtured the business and teaching careers of hundreds of women.

Franchisees are also motivated by the exceptional high standards and musical integrity behind the company and the fact they earn an excellent return on their own time and any personal financial investment.

Monkey Music’s top franchisees have sales that exceed £200,000 and some franchisees report a net profit before tax in excess of 50 per cent of turnover. The average turnover per franchise has increased by 50 per cent over the last five years, demonstrating that growth emanates from growth of individual franchises and not just from an expanding network.

Over the last five years the company’s combined network turnover has similarly increased significantly and saw network sales in excess of £3 million for the first time.

The driving force behind the company is Monkey Music creator, CEO and mother of five, Angie Coates.

Angie started out her professional life as a concert oboist, having studied at the Guildhall School of Music and Drama. But it was her experience of teaching music at a leading London prep school that convinced her of the importance of early exposure to music in children’s lives. She had a gift for teaching, being especially drawn to the youngest children in the kindergarten, and quickly understood the crucial role regular music sessions played in nurturing a child’s innate musicality and wider educational development.

With the birth of her first child, Millie, Angie looked for local music classes she could attend with her baby daughter. She wanted Millie to benefit from music in the way her pupils at school were doing. But she could find nothing and so Monkey Music was born.

Angie resigned from her job as head of music and concentrated on finding parents of babies who would participate in the first official Monkey Music classes, which were to be aimed equally at parents and very young children.

The idea was an overnight success and the demand for Monkey Music grew at such a rate that Angie franchised the company in 1998 - she was one of the UK’s first female franchisors to join the British Franchise Association.

Today 12,000 babies and young children visit Monkey Music classes every week and are grouped according to their age - they progress through four distinct stages of the bespoke musical curricula, which comprise 500 original songs and musical activities.

Angie’s pioneering curriculum and teaching style have become the template and standard for pre-school music education across the UK.

While Angie’s distinctive and creative musical personality is intrinsic to the success of Monkey Music, it’s her commercial sense that has driven the growth of the business. There are now nearly 50 Monkey Music franchises stretching the length and breadth of the country, with over 100 teachers delivering the progressive Monkey Music curricula every week in more than 300 venues. Many Monkey Music franchisees join the company because the proven franchise model offers them flexible full-time working hours. For new parents who wish to combine their new role as a parent with a new career, Monkey Music offers the perfect answer.

Angie continues to play a major part in the running of the company and in developing the curricula and Monkey Music brand. Following the birth of her fifth daughter in 2006, she wrote a new stage of the curricula called Rock n Roll, which is aimed at families with newborn babies. This was written in response to demand from the current generation of parents who, more aware of the benefits of early exposure to music, want to come to classes straight after their baby is born.

Angie says all her five children have been a constant source of inspiration shining through Monkey Music in different ways. Her oldest daughter, who was the first ‘Monkey’, is now 23 and an accomplished musician and primary school teacher.

Her husband, a Bafta winning TV producer, also plays a key role in supporting her creative vision for the Monkey Music brand. Angie’s other sources of inspiration come from watching people of all ages as they experience the power of music to enrich their everyday lives.

As part of Monkey Music’s 21st birthday celebrations in June 2014, over 1,000 birthday parties took place across the UK and, amid the fun, Monkey Music customers and franchisees helped raise over £30,000 for the company’s national charity partner, Nordoff Robbins music therapy, as well as scores of local charities.

And so it’s a bright future for the Monkey Music team. The franchise owners and teachers who manage their own working hours are rewarded with a successful and fulfilling career that fits around the everyday demands of family life.

So quite apart from bringing music into the lives of 100,000s children, Angie and Monkey Music’s hardworking team of creative people are building a famous brand, while enjoying a wonderful working life.