Close
Did you know?
Dolly Char (UK) Ltd has outlets available across the UK 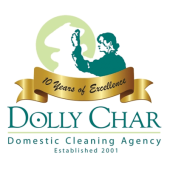 ActionCOACH UK
expected revenue
This would be discussed at...
View Company Profile

Dolly Char is a domestic cleaning management franchise with a difference. The Dolly Char business provides clients with cleaners and it is down to the franchisee to match the right domiciliary house cleaner to meet the specific requirements of the customer. Once the right match has been made, the customer retains the cleaner directly, and Dolly Char charges a quarterly fee for the services provided.

In the unlikely event that the client is unhappy with the service, a replacement cleaner is found as quickly as possible.

What is the background of the Dolly Char franchise?

Dolly Char was founded by a former self-employed bricklayer and jobbing builder, Robin Harrison, and his wife, Carol. Robin went back to college in 1998 and took courses in IT and teaching as well as earning a diploma in Building Site Management, and then co-founded Dolly Char in Lincolnshire in early 2001, naming the firm after his late father-in-law, who was nicknamed Dolly, and the old-fashioned term for a cleaning lady, ‘char’.

Robin and Carol developed Dolly Char firstly as a business of their own and then expanded into franchising in 2004.

How does the Dolly Char franchise model work?

The Dolly Char franchise does not hire cleaners, they simply hire them out to clients, providing a recruitment service to the client to find and introduce them to the cleaner they require. This means the franchisee has no payroll or stock to worry about.

The Dolly Char franchise offers its partners a clearly defined territory from which they should be able to easily find 150-200 clients, each of them requiring a minimum of two hours cleaning per visit. After a visit to a potential customer, a Dolly Char cleaner is allocated to them, usually within a week.

All cleaners are thoroughly vetted and would normally to be working within a radius of five miles. Clients provide the cleaning materials and equipment.

Dolly Char insures its cleaners for public liability and accidental damage. Dolly Char franchises should have enough staff to provide cover for illness and holidays.
Agreements between Dolly Char and its clients can be cancelled at any time with a month’s notice. Rates charged vary depending on the area, and can be found on the Dolly Char website.

How much does a UK Dolly Char franchise cost?

What support and training does Dolly Char offer its franchisees?

Dolly Char offers a comprehensive package to help you get your business off the ground. This includes four days of comprehensive training at the Dolly Char head office which will immerse you in the successful and proven business model Dolly Char have developed.

Franchisees will be provided with everything they need, including an initial promotional pack including 100,000 customer leaflets, 4,000 cleaner leaflets and 500 business cards, branded mugs, shirts, fleece and tie.

Each franchise has its own website, mobile phone and 0800 telephone line and franchisees are given plenty of pre-launch support, including business planning and raising finance, advice on marketing activities and materials.

The Business Operating Manual contains all you should need to operate and market a successful Dolly Char franchise, but there is also telephone support and top-up training to be had should you require additional help.

How much can you earn from a Dolly Char franchise?

Dolly Char believe that they are offering a franchise that is easy to set up, straightforward to operate and can be up and running within a month. Because earnings are based on franchisees earning a management fee from each of their clients, earnings will depend on how large your client base is, but it is not unreasonable to say that earnings of between £60,000 and £80,000 per annum are easily achievable.

Did you know?
Dolly Char (UK) Ltd has outlets available across the UK

Are any existing Dolly Char franchises for sale?

Some looking to invest in a franchise may prefer to take on a previously established business rather than try starting a whole new venture. Retirement or relocation may mean that a well-run, profitable Dolly Char franchise business may be available in a suitable territory. To find out if there are any Dolly Char franchises for resale, you can contact Dolly Char by clicking the enquiry button on this page for up-to-the-minute details.

What territories does Dolly Char have available for prospective franchisees?

What experience and skills is Dolly Char looking for in its franchisees?

Dolly Char is looking for franchisees who are organised, like to tackle a challenge, and relish talking to people. A great franchisee is self-motivated but always willing to learn how best to provide a quality service to their customers.

Franchisees are expected to have a good telephone manner and a basic knowledge of computers. They should have a full driving licence and ideally will have previous management experience.

What are Dolly Char franchise’s terms of agreement and renewal?

A Dolly Char franchise license lasts for five years and is renewable after that period.

The UK’s cleaning and support service industry was reported to be worth £24.4bn in 2017 with the domestic cleaning industry accounting for over £8bn.

Turnover for the industry has soared by over 20 per cent, driven by young professionals who have pushed up demand for domiciliary cleaning by 25 per cent in the past five years. These “cash rich, time poor” professionals have helped raise the number of homes using domestic cleaners to over six million.

How can I get started on setting up my own Dolly Char franchise?

The first step to getting a Dolly Char franchise is to fill in an application form. To find out more, or to request further information on franchising with Dolly Char, click on the ‘Send Enquiry’ button now.