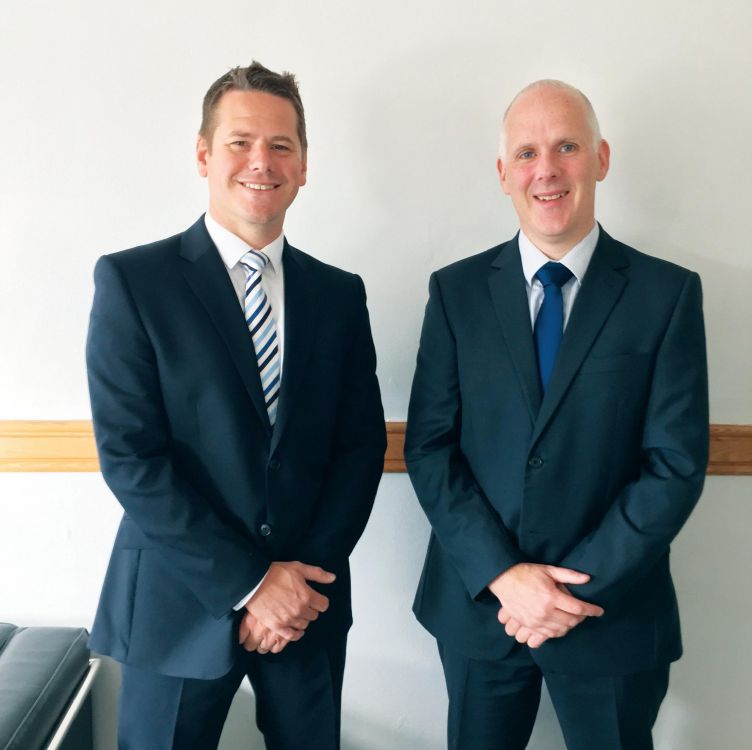 There is the old saying ‘it’s grim up North’, and six ago years that was certainly the case working in the cut–throat world of retail fashion manufacturing based in Leeds.

However, as for many companies in the UK whose businesses relied on the UK manufacturing market, the writing was on the wall, as Mark explains: “In the beginning business was quite lucrative and enjoyable, but slowly the times changed, as did the manufacturing locations for our products.

Working an average 40-hour week initially, that quickly became a 70-hour week, Mark and James could no longer spend quality time with their families and when coupled with the gruelling travel schedule, both ended up with the same thought: ‘something has to change and we need some inspiration!’ A visit to The British Franchise Exhibition in 2009 led to that moment of inspiration, James explains: “In front of us was an array of different opportunities. Up and down the aisles, a discussion here, a goodie bag there, but none were exactly right, until we stopped at the Dublcheck stand.”

During the 2-hour drive back home, Mark and James discussed what they had seen at the expo. Business after business was ruled out until they got to Dublcheck. After weighing up the pros and cons between their current role and what Dublcheck offered, both men came to the realisation that a Dublcheck Cleaning franchise might in fact be what they were looking for. “It was UK based, it was relatively recession proof and it couldn’t be outsourced abroad. It was a basic business concept that was easily scalable and most importantly of all it was backed by the support of an established franchisor and that was something that really appealed to us,” highlights Mark.

After three months of strong support and guidance, Mark and James felt they were capable of spreading their wings and running the business on their own.

“Fortunately, unlike a standalone business, we had the support of Dublcheck and with their input and some ideas of our own we started to turn things around,” remarks James, “Our monthly invoicing figure now stands at £49,000 per month.

Having had strong guidance from the beginning of their franchise journey, James and Mark have also offered advice to other franchise owners in the Dublcheck network when attending the Kickstart meetings hosted by Dublcheck at their head office.

These are meetings that offer sales and customer relation advice to franchise owners at different points on their development path, “It is the perfect forum for us to now ‘mentor’ those looking to grow their business and highlight some of the pitfalls we have experienced and hopefully enable them to improve the customer facing aspect of their business,” notes Mark, six years on from their initial introduction to Dublcheck, Mark and James have been lucky enough to shift the worklife balance back in the right direction. Both men agree that they credit the turn around in their fortunes to a simple credence: “That maintaining and developing the relationship with our customers retains long term business.”

Franchisees can start small, with the minimum turnover package of £14,000 per annum for those who want to run their business while retaining the security of their current job. Or they can purchase up to £500,000 of annual turnover (with no upper limit) if they want to run a substantial managed business.

The variable investment levels offered by Dublcheck give franchisees the flexibility to run either a hands-on business, a partly managed venture with some hands-on duties or a wholly managed business, depending on their skills, ambitions and work-life balance requirements.

As Carol emphasises: “With Dublcheck you can earn as little or as much as you want, as there is no upper limit on the number of contracts you can operate. Cleaning is a massive industry to be in.” In fact, cleaning is the UK’s largest single industry, with the commercial cleaning sector being worth more than £3 billion. In the current environment of financial uncertainty, any business with guaranteed turnover, guaranteed profit and guaranteed growth sounds like a pretty good bet.

“In 2011 I took my turnover up to £250,000 and I’ve achieved 10 per cent growth year on year, even through this so called recession.” Larry Bainbridge

“When joining Dublcheck I was attracted to its guaranteed turnover promise and I’m pleased to say the proof is definitely in the pudding.” Graham Coulston Herrmann

“The personal benefits of owning our Dublcheck franchise are fantastic. We have a three year old daughter and, as we work from home, it offers excellent flexibility.” Jolanta Lavernova

“Since I became a Dublcheck franchisee my work/ home life balance has improved a great deal. I spend more time with my wife Sue and see more of my six grandchildren - time is precious.” Len Donnelly