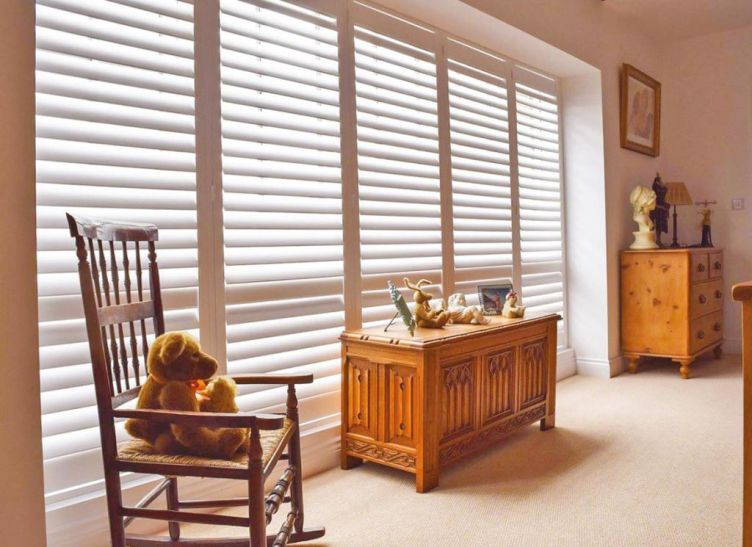 Thanks to Shuttercraft, Charlie Scott has gone from franchise marketeer to a shutter pioneer

Charlie Scott graduated in 1998 with a degree in business studies and spent the following 19 years in a variety of sales and marketing roles.

In 2005 he joined a franchise organisation’s head office team as Sales and Marketing Director, with responsibility for marketing strategy, national accounts and overall revenue delivery. This was his first exposure to a franchise network with over 300 franchise areas in operation.

Since then he has held several senior roles at HomeServe plc, Rainbow International (another franchise organisation and part of the ISS Group and the Dwyer Group), launched his own digital start-up and been part of the turnaround team for Home Energy Services, a management buyout from E.ON in 2013, which was sold to HomeServe in 2015.

Prior to making the decision to buy his Nottingham-based Shuttercraft franchise, Charlie was Global Head of Client Development at HomeServe Labs, a wholly owned subsidiary of HomeServe, with a focus on innovation in the home emergency sector using smart technology.

Why choose franchising over an employed career?

Having held board level positions at two large franchise organisations, he had seen how the franchise model allowed the businesses to scale rapidly and diversify locally to create a balanced business model.

“I had witnessed, first-hand, that a master franchise is only as successful as its franchisees, driven by ongoing support, innovation, unique selling points and a great working relationship, so I was confident that the franchise model would work for me,” Charlie says.

“Franchising offered me a fasttrack back into self-employment, accelerating my learning as I entered a new sector and providing an established brand to build on.”

Charlie explains why Shuttercraft was the best choice in his eyes: “The recent growth figures in the shutter industry and the quality of the S:Craft product initially gained my interest.

“The follow-up meetings with Shuttercraft head office gave me confidence that the market was there to build a successful business and that the support network would ensure I could deliver market leading levels of service and value in my area.

“I was also going to be part of Shuttercraft’s pioneering management franchise model, which is a first in this sector. This appealed greatly, as it offered me the ability to scale the business quickly and efficiently.”

How did you raise the finances required?

“I had the funds to finance the franchise personally, but I chose to use a business loan for approximately 40 per cent of the initial set-up costs and cash flow requirements so that my personal finances remained in good shape,” Charlie says.

“This approach has been a good one, as it reduces the financial stress levels knowing there is a safety fund there if needed.”

“There is always a helping hand at the end of the phone and the availability of practical, hands-on assistance whenever needed.”

He adds: “I have always enjoyed learning new things, so it’s been an exciting time for me.

“From a business perspective, having to learn the accounting software and be my own financial controller has been the biggest challenge, but the support from the accountants is great.

“After nearly 20 years in a corporate business-to-business environment, it was certainly a culture shock knocking on customers’ doors with a bag full of shutter samples - but I’ve got used to it now and enjoy meeting new people every day.”

Charlie is obviously loving being his own boss with the support of an established franchisor: “There are highs and lows in any job or business, but my biggest highs are definitely on the day of fitting, when the customer sees the shutters in place for the first time.

“Having made a considered choice to invest in shutters for their home, waited for them to be manufactured and delivered and then to see them in place, I have already had several customers shed tears of joy!”

Charlie knows that he needs to establish his reputation in his area for premium quality and great value, but he says: “This is progressing well and existing customer referrals are already a major driver of new enquiries.

“I have fitters working for me, but the plan is to employ additional sales people and surveyors too, so that we can grow the business and give the people of Nottingham the beautiful shutters they deserve.”

What advice would he give to anyone considering a franchise in the near future?

“Research, motivation, dedication and more research,” Charlie says. “There are free resources out there to help you understand more about your options and to match your skill sets to the different opportunities.

“Take your time to make the right decision, as it’s an important one.”

Shutters are the fastest growing and most on-trend window coverings segment available today in the UK.

In the US, one in every six windows is covered with a shutter, while in the UK it’s estimated that the plantation shutter market is now worth approximately £60-£80 million per annum.