“Using my skills for my own rewards – personal, not just financial” 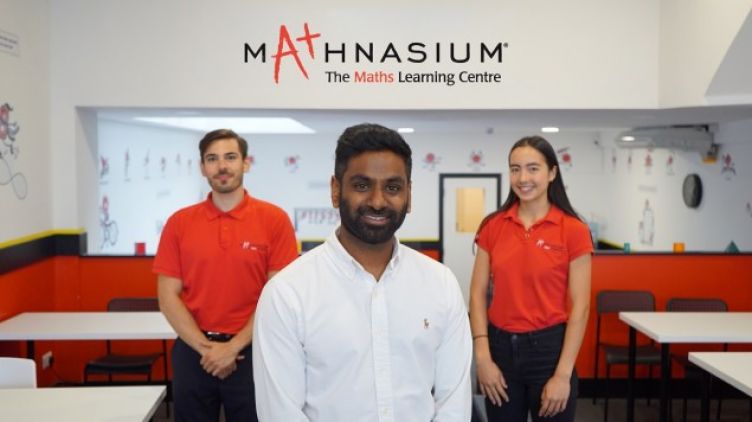 My background
I was an accountant, I qualified with PwC so went down the corporate route. After PwC I went into banking. I was doing consultancy as well, strategy consulting where most of my focus was financials, customer experience and general business performance.

I was thinking, ‘My skill set is aligned to helping businesses grow. Can I not do that for myself?’

I realised that corporate work was not for me anymore. I really wanted a place where I can feel my own value. It’s great to have these big blue-chip names on your CV, I thought that was always what I wanted, but it turns out what I really wanted was to feel valued, not just be part of the machine. Here you actually feel like you get something back.

There’s the great financial element as well, but the value is just irreplaceable. You really get the most out of the fact that you’re not just a number, that you make a difference to your business but also to children’s lives. That is how I feel.

My first nine months
I opened in December 2019 and we started off really well, picking up the pace after the marketing kicked in – and then lockdown! Post-COVID, we’ve seen numbers go up again and across the first nine months, we’re actually meeting targets.

I met Mathnasium in March and then had my doors open in November, which was great because I was very keen to start, but the short timing gave me limited marketing prior to opening. I know others have definitely benefited from having a longer pre-launch planning period.

Being part of a franchise network
We do keep in touch with each other. It’s been nice having a person who started at the same sort of time and absolutely I’d say franchisees are good friends. Mandeep and I did our training together, and there’s lots of training, so you get to know one another really well.

We’ve got an online support platform called Mathnasium@home. On top of that, we do lean on each other as franchisees, with phone calls and WhatsApp groups which are super important. If you think about the way all of us communicate, it’s changed massively in the last few years. WhatsApp is so quick and easy to use, being able to access that kind of support and experience whenever and wherever I need has been really great.

If there’s ever a global issue of some sort, that’s out of our hands, instead of only contacting Mathnasium support, we enquire in the group and straightaway you’ve got a feed of people in the same position to help you to troubleshoot in the best way they have before. It’s so helpful for me, and I help back as well, whenever I can.

My business structure
I am the centre director currently, and I pretty much do most things except for instruction. So, the growth side of things, the recruitment, the admin… I’d say the two hardest elements are customer experience – speaking to the parents, giving them progress updates, which is quite time-consuming after you’ve got a good number of students – and at the same time focusing on growth.

I’ve recently hired an assistant manager, essentially to manage the parent side of things, making sure that our education is correct, making sure that students are progressing in the right way. This way, I’ll look after, and focus on, the growth.

The marketing that’s helped me grow
It’s definitely having a centre front that is so visible. Where some tuition brands might have a centre on top of a shop, up some stairs that the parent can’t really see, we are smack bang in the middle, on the ground floor with massive windows. People are inquisitive!

I didn’t think Facebook would be as big a hit as it was, I assumed in terms of digital it would just be Google. But my Facebook advertising has been really, really strong so the majority of my leads, especially during the lockdown, were through Facebook.

The best thing about being a Mathnasium franchisee
When you get to really know your students and then you get to feel the difference that you’re making.

Children don’t come once a week, they can come up to four, sometimes even five times a week – so you end up seeing these students and the parents more than you’d see your friends and family. They become a really big part of your life and you really get to know them as people. You realise you are shaping these people’s lives in a positive way. That makes you feel really good, and you feel like you’re helping a lot.

Future plans
There’s huge scalability with Mathnasium if you look at the numbers. My original plan was to have multiple centres, but then there’s also a market to have what’s called a ‘super centre’ in America. Instead of having 120 students, if you really feel like you have a great territory, and there’s high demand, then potentially you can have a centre of 200 to 300 students.

I think I’ve got a territory where I do see that very high demand. So I’d like to have a real go at having a super centre… and then getting multiple centres after that!

The importance of community
I chose a territory I don’t actually live in. I know the area really well because friends and family live there, so I also know it’s predominantly South Asian. And from my background and from my friends and family, I knew that South Asians place a huge value on education. I wanted to go after the demographic that really highly value education, and will pay for the best they can get.

And I have done a lot of marketing in the local community as well, after a while, you start to see the same faces, you get to know one another. You have to be able to work, be willing to put yourself out there. If you want to shy away and just stay purely digital, this model really isn’t for you. The fact that we are on the high street means that you really need to be able to know your community.

Stepping from corporate to self-employed in a new field
The training at Mathnasium is better than any of the training I’ve had previously, and I’ve worked in some huge global companies. It’s more thorough, more in-depth and you get more of it. Once you start that initial Mathnasium training, that’s when you realise just how good the quality of the product and the service is, and how important the material is.

Zoe [UK education manager] is incredible. She and Mathnasium give you so much training. And then on top of that, at any point, you’re able to touch base with her, call or email her, and she helps you through anything that you don’t know.

In terms of how it felt personally to finally have your own business, your own stamp and to be able to look around your centre when it’s ready… it feels like you’ve accomplished something and it’s not just for your CV or another asset. You’re doing it to help people.

My personal highlight so far…
I would say it was when a student joined who had been abroad, living somewhere slightly behind England in terms of their curriculum. She was at the same age as her UK peers, but her education was less than theirs.

And then she joined Mathnasium and in a matter of months, her mum called me and said: ‘So and so has moved up two sets.’ That happened so quickly. She’s still with us and she’s growing and growing, and I think she’s going to get tremendous GCSEs. When we first met, her parents were really, really worried about her. I’d say that was a particular success story I’m really proud of.