The brand that opens doors 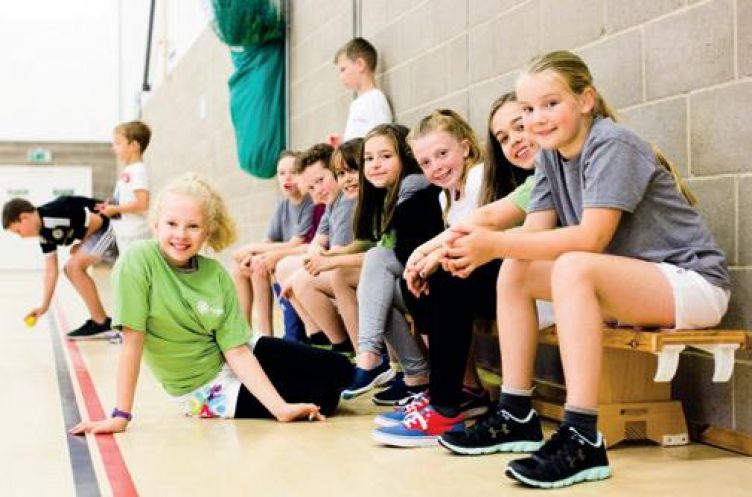 Adam Kempton joined activity and education provider, Premier Education Group, in 2011 and now owns two franchises in Bucks and Bicester. Before joining Premier, he represented his country as part of the British Gymnastics squad until the age of 22. Here’s his account of running a Premier franchise and passing on his passion to the next generation:

What’s the best thing about being part of the premier family?

Brand recognition. I popped into a school recently and I met a teacher on her first day. She immediately said: “Oh, we had Premier at my last school”.
Premier is a recognised brand. It’s in 15 per cent of primary and secondary schools in England. That’s the sort of thing that makes life a little bit easier - the name alone opens doors.

The benefits of this can’t be emphasised enough. We’ve formed our own little network across neighbouring franchises. We all help each other with processes and strategy. Sometimes it saves us money, sometimes it costs us money, but it’s a process that helps make our business grow. I wouldn’t be able to do it without them and I think they’d say the same.

What was it like when you were starting out?

It was tough to put myself out there at first. To get buy-in at your first school, you have to cold call and schedule sales meetings - the things that you’d expect.
Eight years later, I’m still active in the first five schools that signed. Even though it was daunting at the time, I realise now it was worth the effort.

I was hands on with delivery to start with. When I first joined Premier, it wasn’t absolutely necessary that I ran the sports sessions myself. But I wanted to understand what it’s like to deliver an extracurricular club, a holiday club or a curricular PE session. It meant I could understand the roles my staff would take on.
A year down the line, I took a step back and applied my strengths in other areas of the business.

What’s day-to-day life like running a business of your size?

It’s the total opposite of a desk job. When I first started, I threw myself in head first. I coached, drove from school to school to deliver sessions and attended sales meetings. I was determined to get a good number of schools on the books and build up a capable team to create a thriving business.

Since then, my priorities have shifted. Now I focus on the overall operations, like human resources and finance. I still act as Account Manager for my first five schools. These are the customers who I’ve always looked after, so it’s good for them in terms of business continuity and good for me to remember my grassroots.

What have been the high points of working for premier?

Premier’s partnership with British Gymnastics has helped my business grow to the point where we now run 40 clubs a week. They’re popular because we award kids with the British Gymnastics Proficiency award - so they keep coming back to do the next badge.

As well as delivering sessions under the Premier Sport and Premier Wellbeing brands, we started running Premier Arts activities two years ago. In our first two terms, we had 80 girls and seven boys taking part. This year it was 1,200 girls and 400 boys.

As a team, we’ve taken Premier Arts from turning over a few thousand a term to £50,000 a term. It’s not always about the money.

When you look at the number of children engaged in a new activity, well - that’s powerful.

I only work four days a week. I don’t work Fridays, which is a nice perk. My team look after the business for me.

I can do the school run, be there for events like Sports Days - you know, the sort of things that crop up during the week. I’ve worked up to that level of flexibility - it didn’t start like that straight away.

It’s easy to bite off more than you can chew. I had one franchise for six years before I took on a second. You don’t need the extra pressure of multiple franchises when you’re just starting out.

What can new franchisees expect from their first few years in the business?

Ultimately, you need to be prepared to work the business into shape by understanding what it’s like to deliver the sessions. The induction training that Premier provides helps massively with that.

But you have to go out there and make sales happen. At first you have to be HR, marketing, sales and operations.

Once you’ve worked through that first year or two, there is an opportunity to step back. If you recruit right, you’ll find good people who can look after your business, without having to put in 80 hours a week yourself. Start slow, know your limits and grow organically.

In the long-term, I plan to step away from the business as we continue to strengthen and expand.