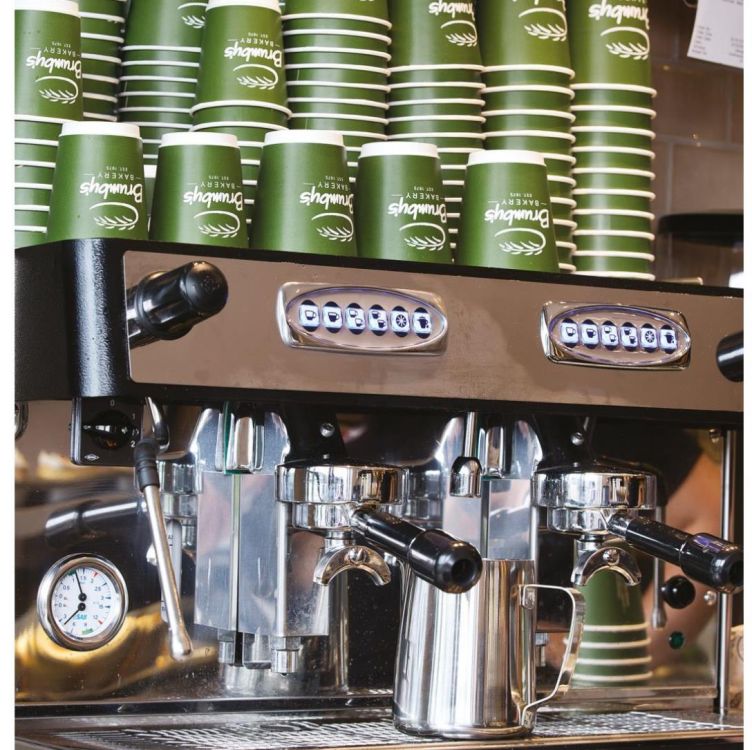 With more than 2,500 outlets around the world, Australia’s largest multi-brand food franchisor is expanding across the globe

STRATEGIC GROWTH The acquisition of Michel’s Patisserie and its coffee roasting facility proved a major catalyst for RFG’s vertical integration and subsequent entry into the wholesale coffee market. The company has since developed a significant Coffee & Allied Beverages Division which focuses on supply to its franchise partners as well as a range of wholesale customers. The company commissioned its global head office and state-of-theart training facility on Queensland’s Gold Coast in 2010 in order to better service its growing operations, and in anticipation of continued future growth. That same year, RFG continued its diversification via acquisition of the New Zealand-based Evolution Coffee Roasters group. In 2012 RFG entered the QSR market through acquisition of the Pizza Capers Gourmet Kitchen and Crust Gourmet Pizza brands. These transactions cemented the company as Australia’s unrivalled gourmet pizza leader. That same year, RFG entered the mobile coffee market, acquiring New Zealand’s leading convenience coffee van franchise, The Coffee Guy

FROM STRENGTH TO STRENGTH

Having demonstrated its ability to successfully acquire, integrate and grow leading food and coffee brands, in fiscal year 2015 RFG embarked upon its most ambitious mergers and acquisitions programme to date. Firstly, it solidified its position within the mobile coffee market with acquisition of the world’s premier coffee van franchisor, Cafe2U, propelling the company to undisputed leadership in the mobile coffee market with over 340 units worldwide. Within three months of completing that transaction, RFG finalised its acquisition of the globally recognised coffee house franchise and roasting business, Gloria Jean’s Coffees group. Adding more than 800 outlets to RFG’s network, Gloria Jean’s Coffees also provided RFG with significant inroads into international markets, boosting the company’s global footprint to its current 2,500 outlets across 58 licensed territories, whilst significantly growing wholesale coffee operations. RFG’s appetite for growth continued to drive positive outcomes, with Australia’s leading speciality coffee wholesaler, Di Bella Coffee, added to RFG’s portfolio in February 2015. Providing the company with an established and reputable premium brand, Di Bella Coffee not only grew RFG’s share in the Australian market, but provided an ideal platform to launch into emerging international espresso coffee markets. Balancing shareholder rewards with increased investment in acquisitive and organic growth, RFG has demonstrated the strength of its unique business model over the course of its decade long existence as a public company. It has delivered shareholders nine consecutive years of underlying profit growth, and 18 consecutive dividend increases, contributing to a Total Shareholder Return Compound Annual Growth Rate (CAGR) since listing in 2006 of 30.3 percent. These attributes position the company not only as a successful global franchise and coffee organisation, but an investment opportunity that has offered shareholders both security and strong returns.

A WORLD OF OPPORTUNITY

RFG is now a truly global franchise business supported by a fully integrated coffee supply chain. With operations currently spanning 58 licensed territories throughout Asia-Pacific, North America, Europe and the Middle East, RFG’s growth in coming years will facilitate an increasingly global presence. A growing proportion of that presence is managed via master franchise arrangements with robust partners who share the company’s values and vision. The company’s ability to grow and service its business pursuits is also supported by state-of-the-art coffee roasting facilities based in Brisbane, Sydney, Auckland and Los Angeles. Each of these roast and distribute unique coffee blends to franchisees and master franchise partners throughout the world, together with an increasing list of third party and contract roasting customers. In addition to a strong coffee distribution network, RFG’s commercial division is continually developing new and innovative supply chain solutions to assist master franchise partners to grow their business, including the establishment of international distribution hubs. The company’s experienced international market development managers also serve as dedicated resources who assist in day-to-day business operations and overall business growth. Ultimately, RFG’s expert management team provides strategic direction, guidance and support to each and every master franchise partner, and underpins the strategic growth and ultimate success of the company. RFG is now seeking master franchise partners to develop its brand systems across several key international markets, with a focus on the UK, USA, Europe, Middle East and Asia.

As RFG’s CEO Franchise, Andre Nell oversees the global growth and success of RFG’s franchised brand systems. Andre joined RFG in 2007 after the acquisition of Michel’s Patisserie and has since held a variety of key roles within the company, including Head of Commercial and Chief Operating Officer. Appointed to his current role in June 2015, Andre has a wealth of experience in the successful operation and expansion of franchise networks internationally. For franchise information: Call +61 7 5591 3243 Email rfginternational@rfg.com.au