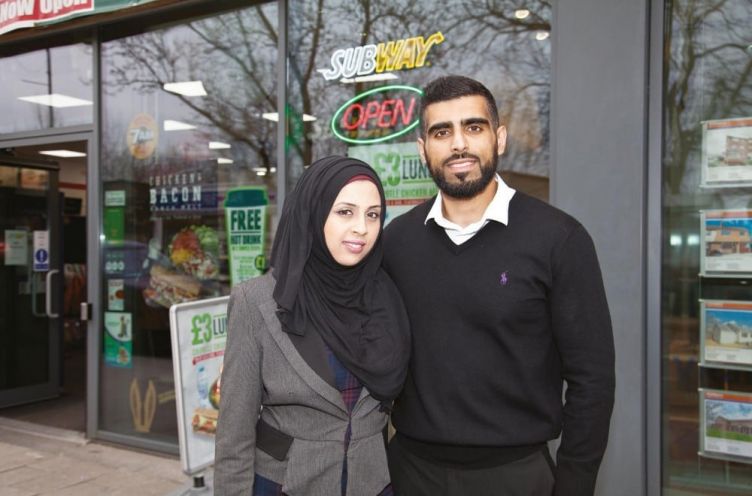 The New Year is one of the best times to change career. Tying a career goal to a temporal landmark, dubbed the ‘fresh start effect’, makes you much more likely to succeed.

For many people, starting their own business and becoming their own boss is a long-held career ambition. However, starting out on your own can be a daunting prospect, requiring a leap into the unknown from the relative comfort of being an employee with regular working hours and financial stability.

Franchising can offer an attractive alternative, bridging the gap between running your own business, but with the added reassurance you are working within a tried and tested business model.

Franchising is growing in popularity. Its appeal to ambitious and entrepreneurial individuals is undeniable and the sector is prospering.

One franchise business that is benefiting from this growth is the SUBWAY brand, one of the largest and best known franchise brands, with over 2,300 stores in the UK and Ireland and more than 44,000 stores in over 110 countries.

Its successful franchise model has enabled thousands of individuals to fulfil their dreams of becoming their own boss.

Starting your own business requires commitment and motivation. Successful SUBWAY franchisees are self-motivated, organised and hardworking.

Passionate about the brand, they are willing to roll up their sleeves and get involved in all areas of the business, from front of house and purchasing to local store marketing, human resources and recruitment. They are also effective communicators, able to inspire their teams.

Many of these are transferable skills you may have gained in your previous roles and can now bring to your own SUBWAY franchise.

Franchisees receive all the support and training needed to get their new businesses up and running. Regional development agents provide support and assistance with site selection, leasing, operations and store development.

New franchisees must also attend a comprehensive two-week training course at the UK and Ireland’s SUBWAY training centre in Cambridge. There are also regular opportunities to meet with development agents and fellow franchisees and share best practice.

Mohammed Jassat made the move from employee to SUBWAY franchisee, attracted by the chance to run his own business. Before opening a SUBWAY store in Manchester, he was a marketing manager for an online women’s clothing store.

Mohammed explains: “I was drawn to the SUBWAY franchise as its brand image is so strong and it has such a high awareness among consumers.

“For the first couple of weeks we had our field consultant with us every day helping with everything from ordering to operations. We learnt so much in that time - it truly was invaluable.”

Luke Kendall is another franchisee who has made the successful leap to becoming a SUBWAY franchisee. Having previously worked for the Ambulance Service, the decision to start his own business with his mum and brother was a bold move.

Luke explains: “One of the reasons we decided on a SUBWAY franchise was the level of support it offered, which was very reassuring for Ryan and I, especially as we’d never worked in the industry before.”