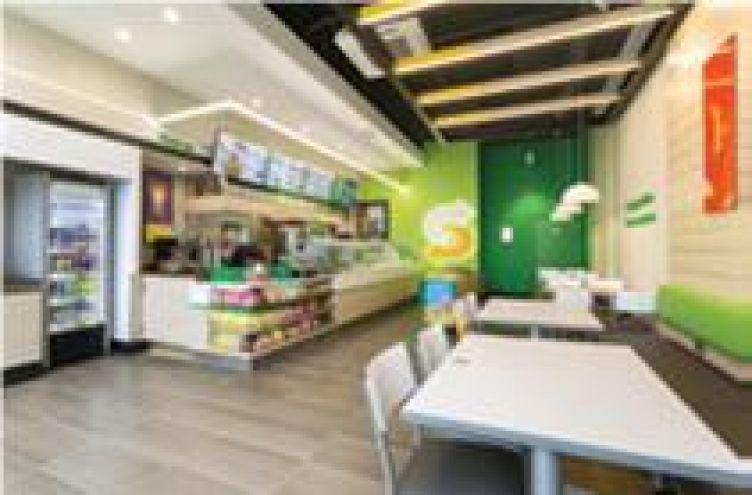 An increasing number of millennials are recognising the benefits of franchising, with one in five new franchisees in the past two years being under 30.

Keen to start their own businesses, Generation Y is exploring franchising as a safer route to business ownership.

Gurdeep Kaur opened her first Subway franchise in March 2016 at the age of just 27. She explains: “I had always wanted to work for myself, running my own business, but I hadn’t expected to achieve it so soon in my career.

“With the project I was working on coming to an end, it gave me the push I needed to explore the options available to me. Franchising had always been an attractive proposition, as it offered me the chance to work for myself, but within a tried and tested business model.

“I did a lot of research and was attracted to a Subway franchise because of its strong brand and loyal customer base, as well as being a fan of the product. It also provided the best financial fit.”

The Subway brand is one of the largest and most successful franchise brands, with over 2,500 stores now open across the UK and Ireland and ambitious plans to grow this number to 3,000 by 2020. Its robust franchise system has helped thousands of people across the world to build their own businesses.

After spending time in a local store getting a better understanding of the business, Gurdeep attended a two-week training course at the Subway brand’s UK and Ireland headquarters in Cambridge.

She says: “The training was brilliant - it gave me the drive to succeed and open my store. Once I’d completed my training, I then spent more time in a local Subway store getting handson experience, so I felt much more confident when I opened my store.

“The support I received from the Subway brand was second to none. The development office is always really helpful and local field consultants provide advice and guidance on the ground. There is also an incredible support network amongst fellow franchisees.”

Gurdeep adds: “I love being my own boss and working for myself. It has provided me with much greater control over my work-life balance. It has been hard work, particularly in the first few months to get my store up and running successfully, and I’d never spent so much time on my feet before, but it’s very rewarding. It helps that I’m passionate about the Subway brand.

“My advice to anyone considering taking on their own Subway franchise is to do your research and if the numbers stack up, then just go for it.

“I also recommend spending lots of time in a local store with another franchisee getting some hands-on experience. It was all completely new to me, but the knowledge I gained was invaluable in the early stages.”

Over 70 per cent of new Subway stores are opened by existing franchisees.

Gurdeep says: “I’ve got a great team in my store and I hope to be able to reward them in the future as I grow my business with opportunities for career progression.”

The Subway brand is always on the lookout for customer focused individuals who want to join a world renowned franchise system.