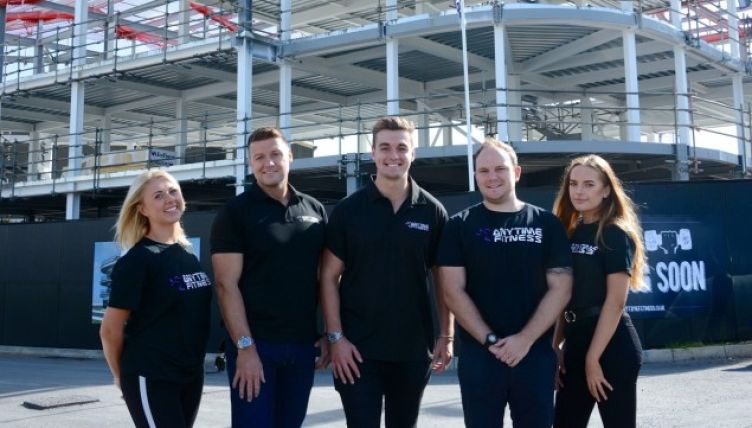 Connor Thorne and his father, Steve Thorne, have opened their fourth Anytime Fitness health club together and have broken new ground for the brand

The opening of Anytime Fitness St Helier on the island of Jersey and St Sampson in Guernsey represents Anytime Fitness’ first health clubs on each of the Channel Islands; two exciting new territories. The openings follow on from the pair’s highly successful first two clubs in Ringwood, Hampshire and Ferndown, Dorset.

The pair’s ambitions to franchise with Anytime Fitness dates back to early 2018 when Steve saw an advert for the brand on a flight back from Holland. They had both already openly discussed running a gym together and with Connor completing his degree in business management at the University of West England, the timing and the opportunity were perfect for the two.

“We both have a shared passion for fitness and had been talking for a long time about running and owning a gym business together,” said Connor. “I decided to go down the route of ensuring I was university qualified and studied business management with the goal of getting into it as soon as I graduated.”

Having ruled out owning a gym independently, they quickly came to the decision that franchising represented the greatest potential for business success and scalability.

“Anytime Fitness was the standout choice for us,” added Connor. “The way it operates in the industry means it’s not pinned to one type of demographic and you can attract a broad range of members. Other brands focus far too much on a particular demographic and franchising with Anytime Fitness would allow us to interrupt that approach and target higher calibre, more loyal members.”

They opened Anytime Fitness Ringwood in December 2018, a location close to where they live and one they knew had a need for a quality, 24-hour health club. Despite a modest population of just 16,000 in the town, a strong presale and community ethos meant that within a year, they had recruited over 1,800 members and were on their way to being cash positive within 18 months. Their strategy was built on providing quality customer service to members and treating it beyond just a leisure business.

“The way I’ve always wanted to run a health club is a combination between hospitality and leisure,” said Connor. “Some gyms focus far too much on leisure and I wanted to do something different and put more of an emphasis on quality service. We went a bit off the beaten path and employed staff that used to work in bookshops and cafes rather than in the fitness sector. I think people appreciated that more as there are people that are a little more hesitant to go to the gym and they prefer speaking to someone who isn’t necessarily an avid gym go-er themselves.”

Scaling their investment and growing at pace

The pair are delighted at the pace that they’ve been able to expand their business and Connor has been particularly glowing in praise for the support given by Anytime Fitness UK.

“At the beginning, we didn’t even consider franchising as at first, you always think you can do it yourself,” said Connor. “However, when you start looking into it, I honestly don’t think we could have done it not in a franchised way with the pace that we’ve worked at. The connections that we’ve had through Anytime Fitness, the models we used at the beginning, the designing, the recommendations of kit and the professional marketing are all priceless.

“If you understand business and you understand quality, you can run a really successful club. Like in any business, you can find professionals that love the sector that they’re in; you don’t have to be a personal trainer or massively interested in fitness to make it a success.

“It’s still the perfect time to get into Anytime as it’s got a reputation for growing and growing, and that’s not going to change.

“If you’re a hard-working individual that’s going to put in the time or find someone that will and feeds back to you, it can be hugely profitable and successful. We’ve rolled it into three sites already and are still on track to do five in five years which I think you’d struggle to do in many other franchises.”