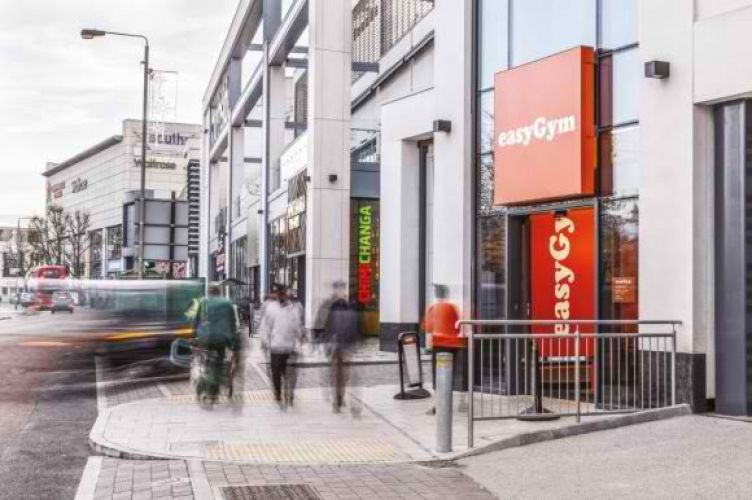 With 98 per cent consumer brand recognition, get ready to work out with an easyGym franchise

Keen to get franchise fit and ride on the workout wave? easyGym has just unveiled a new, lean and tech-driven franchise model, a ready and road-tested business model for ambitious entrepreneurs keen to be part of a major global force in the fitness arena.

With obesity reaching epidemic levels, social media fuelling an obsession with ‘the body beautiful’ and economic uncertainty traditionally contributing to spikes in gym membership, the number of Brits using private health and fitness clubs is forecast to grow by 20 per cent over the next five years.

The industry is also predicted to reach 6.5 million active users of gyms by 2020, according to market research specialist Mintel. That’s some serious growth.

So imagine the opportunity to ‘work out’ with the easy brand - a name that offers around 98 per cent consumer recognition in the UK and over 90 per cent across Europe. And picture getting an inside track on how to run a successful fitness business from one of the most recognisable and fast growing brands in the world, recently inducted into the Museum of Brands.

Having invested £25 million and some serious sweat and legwork in testing the model themselves, the founders of easyGym ripped up the rulebook in the gym world seven years ago, breaking down barriers to traditional gym member recruitment.

You’d think they’d keep their money making secrets to themselves - but far from it. The first franchisee to get his keys by making a private investment in an easyGym franchise will be none other than Paul Lorimer-Wing, Co- Founder and CEO of the business.

Having road tested the model, the qualified accountant and entrepreneur is now keen to expand further and help others keen to replicate his stunning business success.

An avid gym-goer himself (who frequently paid for stuff he did not use, including pools, saunas and steam-rooms), the dad of two felt inspired to set up a new kind of fitness club that stripped out the unnecessary details and offered a better training experience than you would get from traditional, mainstream gyms - but for a fraction of the price.

With a proven track record of generating returns for investors and making cross border ventures a success, Paul’s previous role at a leading private equity real estate fund saw him oversee a portfolio of retail assets worth more than £500 million.

Working alongside top financial minds, it was there he developed his skills and his sixth sense for sourcing investments and driving investor returns.

So much so that easyGym’s first site in Wood Green, North London opened its doors with more than 5,000 members in 2011. This demonstrated to the founders the critical importance of a brand, the location and giving people what they want at a very affordable price.

Paul says: “easyGym is offering a radical new franchise model. It’s set up for success - with less strings and less upfront investment needed, but more automation, more innovation and more support, so you feel empowered to do more as you embark on your exciting journey.”

The recent Entrepreneurial Britain report shows that hiring staff with the right skills is a major area of concern for small and medium-sized enterprise owners. A franchise model removes this worry, as franchisees are super motivated to drive their own businesses.

Furthermore, the model has been designed to slash staff costs from an industry average of 50 per cent of annual turnover to just 15 per cent.

Indeed, its flexible, no contract, all online monthly payment membership model offers daily cash inflows and will appeal to those who currently run retail or restaurant businesses or those looking to diversify across industries.

With a report from Eagle Star Small Business Direct also claiming that small companies had lost more than £110 million in three years due to the theft of money and goods by their own staff, the model also banishes the hassle and worry involved with handling cash on site.

Focused on ensuring franchisees get the best possible returns from the get-go, the easyGym management team is also geared up to provide access to a technology platform, including membership management, self-serve biometric access, an onlineonly joining process and 24/7 CCTV monitoring.

The team will also provide customised guidance and regular reviews to ensure the highest quality of standard is maintained. This will include easyGym’s franchise operating manual, which will detail how to set up and operate a successful franchise covering:

And fitness rookies will even be able to find out how a class schedule runs most efficiently from the best in the business.

Karl brings with him a wealth of experience gained from working in the fitness and leisure business for over 20 years, including additional commercial roles at Fitness First and British Gymnastics.

He says: “I’ve been in the franchise industry a long time and know that the easyGym model is ripping up the rulebook. It’s making more possible. Come and talk to us, we’d love to set you on your way and take every step with you.”

It was the potential to shape a new franchise proposition from a world class brand with the proven product of easyGym that triggered Karl to join the highly experienced easyGym management team.

Indeed, one of his first moves has been to help the team develop a new ‘Small-Box’ format (4,000-8,000 sq ft) that requires an initial £160,000 of liquid capital, specifically for smaller investors. A ‘Big Box’ format, which requires £380,000 of initial investment, is also available.

With easyGym aiming to recruit franchise gym entrepreneurs domestically and globally and following hundreds of approaches in recent weeks from those keen to take control of their financial future, it’s much simpler than you think with easyGym!

Start your own easyGym franchise

Send a free enquiry to easyGym for further information!