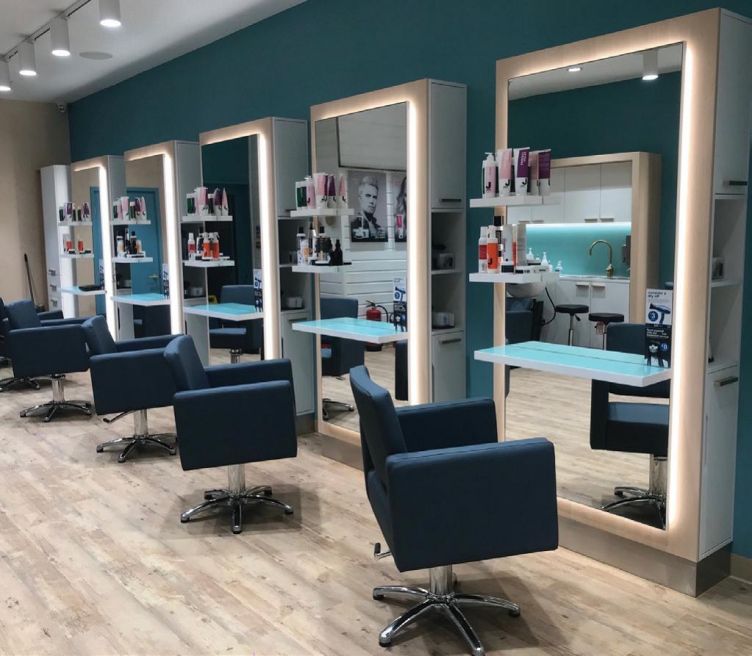 Just Cuts opened in Wandsworth Southside shopping centre in spectacular fashion at the end of March, delivering over 100 haircuts to clients on its grand opening day.

Originating in Australia, Just Cuts is teaming up with UK investors like Magda to bring its innovative salons to the heart of communities like Wandsworth. The business owner and mum of two was thrilled with how local residents took to the idea of her ‘no appointment necessary’ salon.

Magda explains: “Both myself and my husband were slightly nervous the night before, as we didn’t know what to expect. But as soon as the ribbon was cut at 9am, the salon was full, which was an amazing feeling.

“We had some really positive feedback from customers and a few of them even returned the next day just to say hello. It’s safe to say it was a successful launch.”

The first 30 customers through the doors of Magda’s salon were treated to a free Style Cut. The buzz surrounding the opening quickly spread, with people stopping by and taking a peak at what the latest addition to the south London shopping centre had to offer. Magda was supported by members of the Just Cuts academy team, who flew over from Sydney to deliver stylist training prior to the launch. They were also in attendance to offer moral support to Magda and her team during the grand opening event.

Magda plans to open five salons within the next year. The opportunity to expand and build a scalable business was apparent right from the outset, she says.

But having two daughters means Magda wanted the freedom to take time away from her business without worrying about how it would perform. That’s why Just Cuts has trained Magda’s team of stylists to think like a salon owner, so they can run the day to day business in her absence.

It’s Just Cuts’ cutting edge innovations that allow Magda’s salon to fit around her and her family. The Just Online app helps a franchise owner to see in real time exactly how their salon is performing without having to be on site. As a result, most franchise owners spend around 30 hours a week in the business, which is perfect for Magda’s grand plans.

“I was initially interested in becoming a multi-site franchise owner, having seen that regularly happen within the Just Cuts’ franchise network in the southern hemisphere,” she says.

“The success of the salon in Wandsworth really brought it home to me - we’re now looking at spaces in Walton-on-Thames for our second salon.”

At a glance just cuts

Number of franchised outlets: one in the UK. 200-plus globally