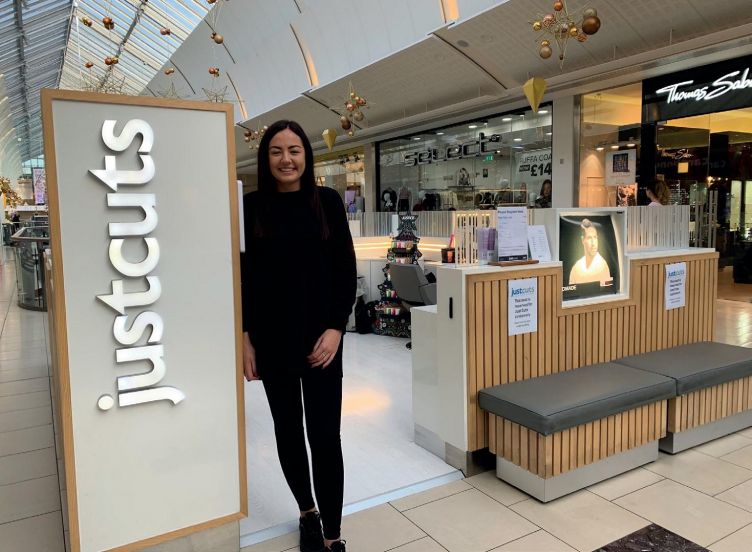 Established in the UK in 2018, Just Cuts’ franchise opportunity continues to attract entrepreneurs from all walks of life

In line with its rapid growth across the UK, Just Cuts is entering a new decade with exciting and innovative plans that will impact the British retail and haircare markets.

2019 was a year of success for the largest hairdresser in the southern hemisphere. In 12 months Just Cuts doubled the size of its UK network, launched a dedicated product website for the company’s Justice Professional range and took warehouse premises in south London to keep up with product demand.

In January 2019, Magda Deaconescu was preparing to live out her lifelong dream of owning her own hair salon. Just Cuts Wandsworth opened its doors to the public on March 28. Less than three months later, Magda’s second salon opened in Walton-on-Thames.

The flexibility of the model allows for the busy mum of two to manage both locations, while still finding time to spend with her husband and young daughters.

In the latter part of the year, Barbara Burnett joined the UK franchise network, launching her salon in the Hertfordshire town of Stevenage. Meanwhile, 25-year-old Holly Feltham became franchise owner of the same company operated salon where she had been working as a senior stylist since 2018. She took over operations of the busy kiosk, based in the intu Lakeside shopping centre in Essex, on November 4.

Holly says: “I always thought it was a pipe dream to have my own salon, but Just Cuts’ franchise opportunity has made my dream a reality. I’m looking to open more salons, as I’m a real believer in the Just Cuts brand. I’m looking forward to a fantastic start to 2020 as a business owner.”

For Amber Manning, UK CEO of Just Cuts, 2019 was a great year of UK development and profile building during what had already promised to be a memorable year for the salon brand globally.

She says: “We celebrated Just Cuts’ 30th birthday in 2019, so welcoming our new UK franchise owners into the network felt particularly special. We’ve very proud to celebrate last year’s triumphs, as we look to the future of our international franchise development.

“It’s hard to believe we’re entering a new decade. The last two years, since we launched in the UK, have gone so quickly. As a network, we’ve been thrilled with the reaction to our convenient and reasonably priced salon experience.

“This, in turn, is attracting entrepreneurs from all walks of life to our opportunity, whether they’ve worked in the hairdressing industry before or not. We’re looking forward to accomplishing another decade of innovation, as our franchisees’ plans to take a larger cut of the UK market continues.”