From Golf Star To GutterPRO Success 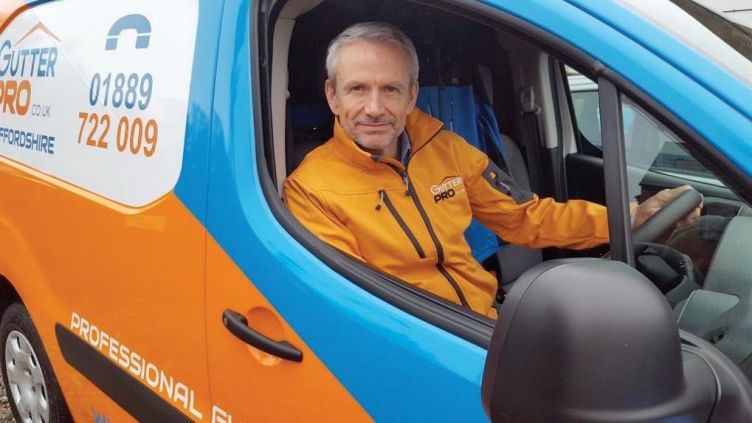 While becoming a professional golfer never did quite happen for David Mallinger, his business career has evolved with GutterPRO

What did you want to be aged eight? Professional footballer? James Bond? An astronaut? These are the most common answers among GutterPRO franchisees. But for GutterPRO franchisee David Mallinger, he came closer than most to fulfilling his early dream.

David always dreamt of being a golf professional, having scored his first hole in one aged just 14. He went on to become Leicestershire junior golf champion. Then, in his early twenties, he almost made it - gaining a wild card slot at the Spanish Golf Open.

But becoming a professional golf player never did quite happen and one thing led to another and a business career evolved. An entrepreneur in his own right, David developed the Kickmaster system, which went on to be marketed in a dozen or more countries.

His career then went stateside, with stints in Louisiana and Alabama in the deep south, before moving north to Canada.

2016 was the time to return home to Leicestershire, with David intent on establishing a new business along with his wife Rowena. While David had started the Kickmaster business from scratch, he knew starting a franchise - using someone else’s proven idea - could increase his chances of growing more quickly.

So he started the search. Retail and catering didn’t fit the bill, so he focused on van-based opportunities. Why vanbased? “Because of the lower fixed costs and greater operational flexibility,” David explains.

He liked the branding and business models of the ‘rod-type drain franchises’, but the local opportunities were already taken. Then David came across GutterPRO at one of last year’s franchise exhibitions.

GutterPRO has a similar operation to the drain franchises, but substitutes the rods for industrial vacuums and long carbon fibre poles.

There’s the old adage ‘Where there’s muck there’s money’ and that certainly seemed to be the case with GutterPRO’s profit projections. Combined with the bold orange and blue branding, it gave David the sense: “The GutterPRO brand means business.”

But GutterPRO was still relatively new back then. The company started out in 2013 and at that point - late 2016 - was operating in three territories, albeit very successfully.

So David dug a little deeper. He found out that GutterPRO was not only a member of the British Franchise Association, but was in fact founded by one of its former directors. This gave a sense of peace of mind.

GutterPRO seemed to ‘tick the boxes’, with a single-van franchise requiring an investment of just £9,850 (plus VAT). David also liked the fact that the GutterPRO franchisor was “Prepared to put their money where their mouth is” via its fast start turnover guarantee.

The fast start guarantee is offered to all new GutterPRO franchisees. It’s a legal pledge from the franchisor not only to pay for all marketing during the first three months, but also to guarantee at least £5,000 of new business.

David was impressed that every previous GutterPRO territory had exceeded the £5,000 target.

He didn’t mind being hands-on or even getting his hands dirty at the outset of the business, but moving forward wanted to establish a multi-van network and carve out a management role for himself.

So David negotiated a ‘special arrangement’ with the franchisor - a multi-van upgrade path. This meant he invested a little bit more than the standard franchise fee, but took control of both the Leicestershire North and Leicestershire South GutterPRO territories from the outset.

It meant he could start with a single van and sweat the business assets, before adding his second vehicle. Effectively, the upgrade path enabled David to defer a third of the overall cost until the second year.

David launched his GutterPRO business on January 2, 2017, ignoring the fact it was still a public holiday. But this ‘seize the day’ mentality boded well.

Fast forward three months and the business was well and truly off the launch pad. And David had no need to rely on the fast start guarantee - smashing through the £5,000 level. What about adding the second van? Incredibly, he added this after only four months of operations.

David’s special arrangement with the franchisor proved to be a successful mechanism for franchisee and franchisor alike. This got the GutterPRO team thinking. Why not make it available to all new GutterPRO franchisees, so they could also start with a single vehicle, a larger territory and defer a third of the cost, then add the second vehicle once the business was up and running?

As a result, the upgrade path to the management franchise was established and is now part of the GutterPRO franchise.

It means that via an investment of £12,850 (plus VAT) a new franchisee can take control of two GutterPRO territories. They start with a single vehicle and, like David, defer the secondary payments until they’re ready to expand and go multi-van.

2017 has proven to be an amazing year for GutterPRO, with 27 territories now granted. This includes six other franchisees who, like David, have used the special arrangement - now called the multi-van management franchise pathway.

And, equally important, to date every GutterPRO franchisee has exceeded £5,000 of sales during the all important first three months of trading.

Start your own GutterPRO franchise

Send a free enquiry to GutterPRO for further information!