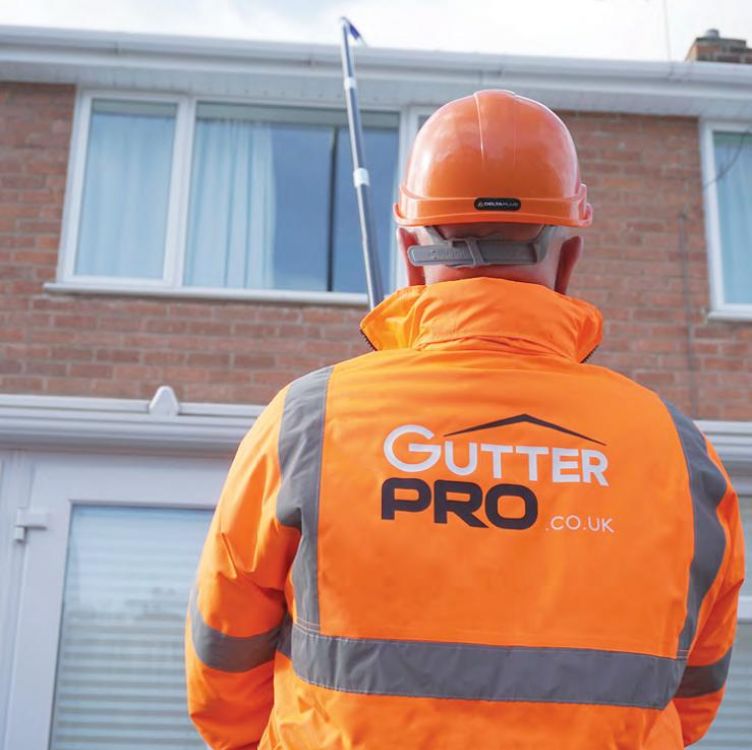 “Sounds too good to be true,” thought David Ward when reading the GutterPRO feature in September’s Making Money.

Fast forward six months and David’s now a successful GutterPRO franchisee. We follow him on that journey, from reading the original Making Money feature, through his investigation, due diligence and then his successful business launch.

The original Making Money feature centred on a Leicester franchisee who was utilising GutterPRO’s ‘Management Franchise Pathway’. This enabled him to start with a single GutterPRO vehicle, a double sized territory and then add a second vehicle in his second year.

This caught David’s eye, as he wanted to develop a multi-van business and then migrate to a management role.

The GutterPRO Management Franchise Pathway also enables franchisees to defer £6,000 until the second year. This reduces their initial investment to just £12,850 (plus VAT) versus a single vehicle (single territory) GutterPRO at £9,850 (plus VAT).

Franchise profits are buoyed, as there are no consumables or raw materials to buy in. This means the earning potential from a single vehicle GutterPRO business (with the owner doing the work) can be over £50,000.

David wasn’t new to franchising, having previously operated a business in the pet care sector. But after a well earned break and an extended trip to Australia, he was keen to find his next business. For David, an avid dog walker (and in his day, an attacking midfielder on the football pitch), the new business had to be active, outdoors and van based.

Attending a GutterPRO Awareness Day was the first step in his investigation. It was a chance to “kick the tyres”, ask probing questions and get a feel for how the business works. It seemed to “tick all the boxes” for David. The next step was meeting established GutterPRO franchisees.

David was particularly keen to meet with the franchisee from the original Making Money feature to hear his story first hand. Encouraged, David went on to contact other established franchisees to get a broad sense of what GutterPRO was about. A common thread from the discussions was that everyone had exceeded their £5,000 Fast Start Guarantee.

Unique to GutterPRO, the Fast Start Guarantee assures every new franchisee of at least £5,000 of business during their first three months. Why? As GutterPRO Director, Tony Rafferty, explains: “It’s just something we do to show new franchisees the confidence we have in our system.” Tony adds: “To date, all our franchisees have exceeded this figure.”

GutterPRO focuses mainly on domestic gutters, with a typical job generating about £115. Franchisees do two or three jobs per day.

Due diligence checks complete, David took the plunge and signed up - taking on a double territory covering Stockport and Macclesfield.

In order to finance the business, he spoke to his local bank manager, who offered attractive terms. But encouraged by the GutterPRO team, David also looked into the Government’s Start Up Loan scheme.

With the contract signed and finance arranged, training was scheduled for November 2017 - only eight weeks after reading the original article. Being a hands-on type of person, David was particularly looking forward to the practical side and learning about the GutterPRO kit.

Technology plays a big part - indeed, the heartbeat of the GutterPRO business is the GutterPRO app. Bookings, scheduling, customer reminders, invoicing, credit card payments, the app “joins up the dots”.

Whilst no technophobe, the technology element made David a little nervous. But the GutterPRO training took him step-by-step through the process, with David commenting: “In a good way, I felt like I had become a real technology geek.”

So onto the all important launch. The Gutter PRO franchise package includes all the marketing for the first three months, including traditional promotion, plus Facebook and Google activity. This meant David had plenty of orders from the first week, with the training staff “shoulder to shoulder” at the outset.

David’s new business began to generate a steady stream of bookings. From early on, the rate of bookings suggested he would comfortably beat the £5,000 Fast Start Guarantee. The only question was by how much? In the end, David exceeded his target by almost 60 per cent. 80 jobs and 80 new clients: “Not bad for a new starter in just three months,” as David puts it.

Getting so many jobs under your belt early on is important. As Tony explains: “Aside from generating income for the franchisee, it’s about practice makes perfect and building confidence.”

With the launch phase complete, the focus switches to helping franchisees run their business. Sophisticated mapping tools enable franchisees to view their bookings in plan form, identify hot spots and focus their ongoing marketing efforts. Most franchisees opt to pay a fixed monthly fee in lieu of the royalty, as it adds up to significant savings.

What would David’s advice be to anybody reading this feature, just as he once read the original article six months ago?

He explains: “GutterPRO does what it says on the tin - find out more before your local territory is taken.”

Indeed, be quick, as 15 more territories have been taken since David came on board.

Start your own GutterPRO franchise

Send a free enquiry to GutterPRO for further information!