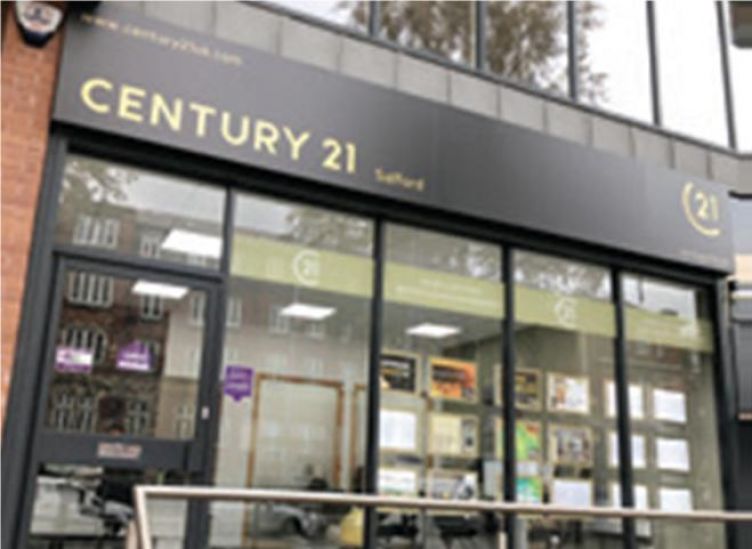 Estate agency and lettings franchise Century 21 UK is celebrating a record year as 16 new offices opened throughout the UK during 2018 - cementing its status as one of the fastest growing estate agency franchises in the UK.

As a result of being part of a property services company, Century 21 UK is able to offer the required support to all its franchisees. This ranges from the initial set-up and launch of their business, to continuous in-the-field mentorship, which ensures each business flourishes and triumphs.

Franchisees are also given access to first-rate in-class training and ongoing development support via the Century 21 UK Training Academy. This helps them to recruit and train their own staff and ensures all Century 21 representatives are equipped with the knowledge they need to deliver their service in the ‘Century 21’ way.

Further support is provided as franchisees benefit from the centralised Century 21 UK team, offering a wide array of skills, including marketing, IT and compliance, and they work hard to support their nationwide franchised estate agents through every step of their journey.

Being part of the SDL Group provides the added benefit of more income streams compared to most high street agents.

What a year it’s been

Chris Summers, head of franchising for SDL Group, says: “This year has been testament to Century 21 UK’s outstanding growth, with a staggering 16 offices opening across the country in the last 12 months.

“The main reason why we have experienced this growth is due to the unparalleled support and training our central team can provide. Not to mention the backing from the SDL Group, who can provide franchisees with an opportunity to boost their earnings via additional income streams, giving an edge against regular high street agents.

“2019 is expected to be just as busy, if not busier, with a further 10 offices expected to open within the first quarter alone.

“Many of our offices are based in London. However, 2018 saw the start of many offices opening outside of the capital and the surrounding areas, with a handful opening in the north, including Salford and Doncaster, with Leicester just having signed and Leeds to sign shortly.

“We hope this recent nationwide success develops further in 2019 and inspires others, especially in the Midlands and the north, to become a Century 21 UK franchisee.”