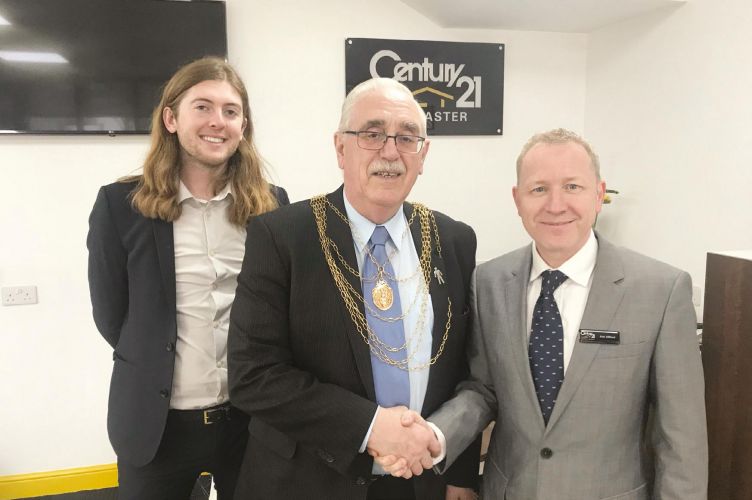 The number of 16-24-year-olds choosing to work for themselves has risen dramatically, as figures have almost doubled since the start of the millennium.

Even with economic uncertainty surrounding Brexit, these young entrepreneurs - recently dubbed the DIY Generation - are not letting anything stand in their way. Despite this determination, The Enterprise Research Centre recently reported that almost half of start-up businesses don’t make it past the first year.

There is clearly an appetite across the nation to embrace selfemployment, but how can you reduce this risk? Century 21 UK believes it holds the key to success with its franchise network.

Becoming a Century 21 UK franchisee means you get the support of being part of a franchise network, which is also part of a property services company. Support ranges from the initial setup and launch of their business, to continuous in the field mentorship, which ensures each business flourishes and triumphs.

Further support is provided as franchisees benefit from the centralised Century 21 UK team, which has a wide array of skills, including marketing, IT and compliance, and works hard to support the company’s nationwide franchised estate agents through every step of their journey.

Franchisees are also given access to first rate in class training and ongoing development support via the Century 21 UK Training Academy, as well as a team with over 50 years’ experience.

In 2018 Macauley Gibbs became a franchisee at 23 when he opened a new Century 21 UK office in Doncaster. Macauley already had a wealth of experience behind him, having worked within the property industry, previously running his own local lettings agency.

In addition to this, he was also a landlord and therefore understood exactly what clients are looking for in their agent.

During his office opening event, which was attended by the local mayor, Macauley said: “I have lived in and around Doncaster my whole life, so I know the area incredibly well.

“By having the support of one of the biggest estate agency brands in the world, I hope to become the leading estate agency in Doncaster and bring something different to the area.”

Chris Summers, head of franchising for SDL Group, which owns the Century 21 UK franchise, says: “It’s great to see young entrepreneurs joining our network and with the backing from the SDL Group they have the opportunity to boost their earnings via additional property income streams, giving an edge against regular high street agents.

“Becoming a franchisee is a great option for those looking to become self-employed. I am looking forward to welcoming more young entrepreneurs to Century 21 UK - 2019 really could be the year of the franchisee.”