How To Succeed As A Property Franchisee 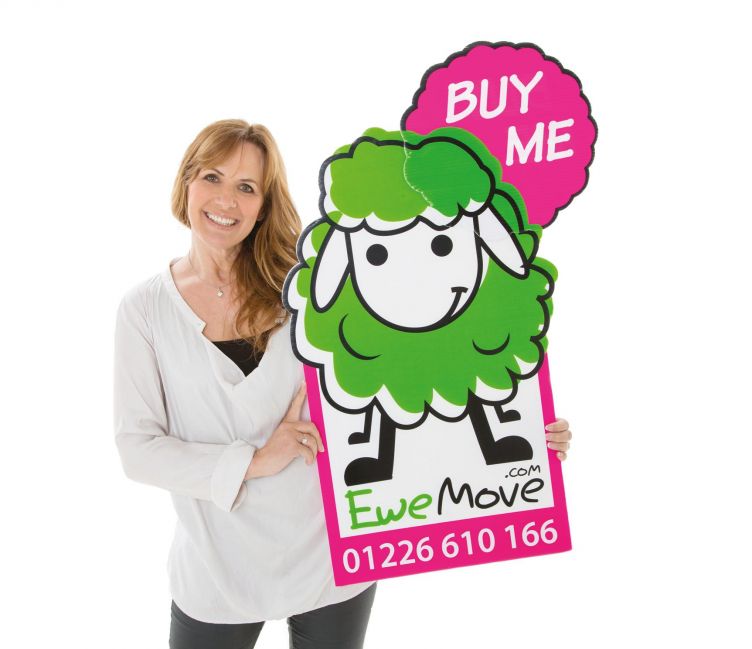 Estate agents Jane and Roland Peck didn’t mind when someone called to do business on Christmas Day. After all, they’d sold a house on Christmas Eve and another on Boxing Day.

Roland says: “We also get quite a lot of interest around two in the morning. That’s when people who are working nights get their break. They know that with us they can do online chat 24 hours a day to a real person.”

In the last five years the world of the local estate agent has not so much undergone a sea change, as been hit by a tidal wave. The internet has radically transformed the way we buy, sell and rent houses, demanding a completely different approach to the estate agency business.

Pioneer of the new generation of ‘hybrid’ agencies, combining a quirky, fun approach with five-star computerbased 24/7 service, is EweMove. Jane and Rowland are its Beverley franchisees and its star performers. Less than two years after opening, they were judged the network’s best branch.

From the start, EweMove’s calculatedly schoolboy humour and innovative marketing went against pretty well everything traditional estate agents stood for - the big green sheep on the For Sale boards, the Happiness Guarantees, the head office known as the Sheep Pen with its Head Shepherd and the slogan ‘We’ll never fleece ewe’.

But behind the fun is a hard headed business strategy that has built a network of over 100 highly successful franchises in less than three years and scooped numerous prestigious awards, including Britain’s most trusted estate agent.

Sheep are supposed to follow mindlessly, but EweMove has been ahead of the flock ever since David Laycock, a bank executive, and Glenn Ackroyd, a property lawyer, launched their first new style estate agency franchise in 2014 after being in business since 2005.

The idea was simple, but it had not been done before - a hybrid franchise with both a national operations centre and local property managers throughout the UK that had local property experts and unparalleled customer service at its heart.

After running a successful cleaning franchise for 17 years, Jane and Roland felt in need of a change. “We had an interest in property, along with a good local knowledge of the Beverley area, but why we fell in love with EweMove was that it had a completely different approach to the estate agency business,” Roland remembers.

“The main difference is that your traditional high street estate agent usually has a surveying background. In my humble opinion, many are business dinosaurs relying on photographs in the window, newspaper adverts and a strictly nine-to-five routine.

“The world has moved on, but they are still doing things the way they did 50 years ago. We are from a marketing background and know how to sell. I don’t even call myself an estate agent, but rather a property marketing expert.

“Today the internet is the key to successful buying and selling and any retail business wanting to succeed has to go in that direction. We deal with nearly all our clients through their mobiles, iPads and laptops and you can influence them by good marketing and top class service.

“We were really impressed with everything about EweMove, so we took the plunge and gave ourselves three years to make it work. But we realised we were on a winner long before that - in just two months we had earned nearly £95,000 in sales commissions.” Like Jane and Roland Peck, David and Glenn had quickly sussed out that traditional high street estate agents were precisely that. Technology had moved on, but most of the high street businesses hadn’t.

And from the start EweMove used the latest online processes to provide a 24/7 service for the local community, with a blend of infrastructure and support.

Through advanced website features, tenants and buyers can book their own viewing appointments and make offers for properties. The key focus is to deliver great customer service and with the help of new technology make the customer’s journey into property buying or selling simple and hassle free.

“Our philosophy,” say David and Glenn, “is that property doesn’t have to be boring.”

While they’ve sold and managed hundreds of properties, Roland and Jane never judge success by the number of properties listed. They say their focus is on providing an exceptional customer experience, convinced that business success is just a by-product of delivering a great service.

The innovation that underpins EweMove’s low cost, high profit model is a national operations centre that reduces a franchisee’s start-up costs and ongoing overheads - much of the day-to-day admin and marketing for new businesses is done by the Sheep Pen.

With no need for an office and large staff, franchisees keep more of their earnings and enjoy high profit margins from the start of their business. “Why do you need to spend £50,000 a year on a town centre office when over 90 per cent of clients now house hunt online?” Roland asks.

“Most people are now online from early morning to late at night and can fix their own viewing times 24/7. They just click on to book a viewing - or even make an offer if they wish. It’s never been easier to buy a house. The way we do it, there’s no hassle.

“We do have pictures in the window, but hardly anyone looks at them. We’ve even dropped newspaper advertising. For three months we asked everyone who was buying a house: ‘Did you see it in the paper?’. Hardly anyone had.

“It’s vital to know what works. In marketing there’s a slogan: ‘You don’t do it, unless you can track it’.”

According to Roland, winning the award for the best EweMove franchise meant the world to him. He adds: “It showed that everything we do is aimed at providing the very best customer experience.”

A EweMove franchise costs around £20,000 for an average territory size of 20,000 households and it’s the only estate agency franchise to be rated five star by customers and franchisees.

Applicants who make it through the rigorous recruitment process must have a passion for customer service and be friendly ‘people people’.

Following an intensive week’s training course, new arrivals spend time with experienced franchisees and can rely in ongoing support from then on.

As Jane Peck says: “I love being part of the EweMove flock, as we can run the business the way we want to, make our own decisions, but still have top quality support from Central Sheep Pen.

“The hours are long, but often it seems more like a hobby than work. We love helping people find and move into their dream home.”

Like Roland and Jane Peck, most EweMove franchisees had no formal property experience, but all have an entrepreneurial instinct and a passion for delivering a five-star service. For instance:

Start your own EweMove franchise

Send a free enquiry to EweMove for further information!