Reaping the rewards with the Platinum Property franchise 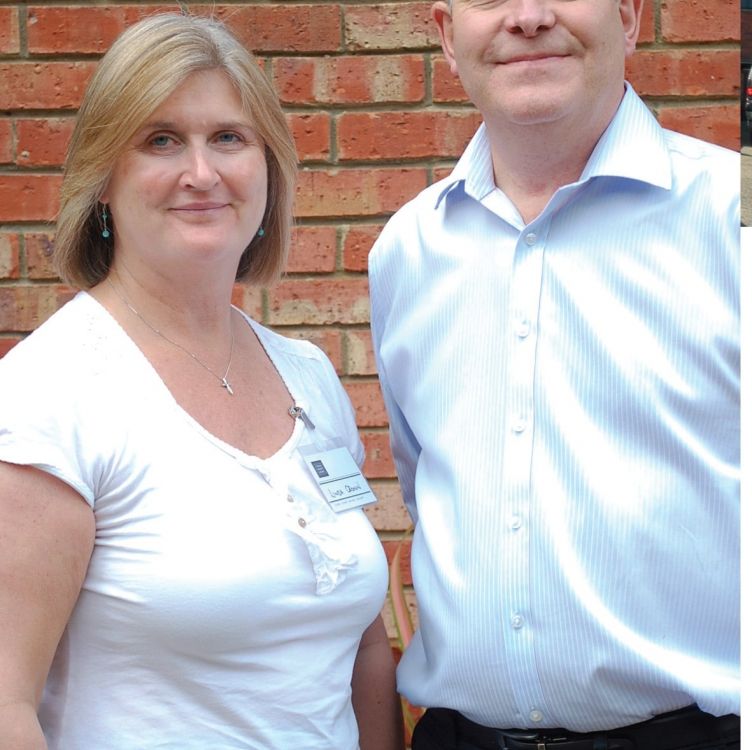 Paul and Linda Cronin joined the Platinum Property Partners franchise in April 2010, through which they are building a lucrative property portfolio

Platinum Property Partners (PPP) is a property investment franchise that provides highly specialist expertise and support to enable you to purchase, adapt and let out your own profitable residential property portfolio. Launched in 2007 by founder Steve Bolton, PPP is the fastest growing premium franchise in UK history. There are currently over 160 franchise partners operating in 85 towns and cities across the UK. The company is a full member of British Franchise Association and the UK’s leading provider in this sector.

After 30 years building an impressive corporate career in the IT world, Paul Cronin felt the urge to get out of the rat race and run his own business. His career culminated in the role of VP of sales for a telecommunications software company. With his three children now young adults, Paul began to reassess his options. Paul and wife Linda decided they wanted a business they could run together and, having already invested in property during the boom years, it presented an attractive option.

Paul explains their thinking at the time, saying; “When we first ventured into the world of property investment, the benefits were fairly intangible. Buying and selling was risky because we were assuming there would be short term capital growth. Before setting out on our own again, we recognised we needed a more certain return on investment in respect to both our time and money.

“We were struggling to choose between six excellent franchises until I realised that Platinum Property Partners had two features that set it apart. Firstly, the other franchises required continuous selling - fail to sell sufficiently and the business fails to exist. PPP offers the attraction of passive income after some initial hard work, without the sales slog I was trying to get away from. Secondly, where most other franchises leave you with just goodwill, with PPP we are accumulating tangible, appreciating assets in bricks and mortar. These were the key reasons we selected PPP.”

Paul and Linda joined the PPP franchise in April 2010, through which they are building a highly cash positive property portfolio. They now have four houses in multiple occupation up and running, a fifth in refurbishment and a sixth in the pipeline. The four properties produce nearly £70,000 annual operating profit. That’s after paying all costs, including mortgage, bills and maintenance, and allowing for voids and PPP’s management service fees.

An average property in a PPP portfolio will generate £15,000 gross profit per annum from rental income alone. You own the properties, so the income keeps coming in long after your commitment to PPP has expired.

“A large part of our decision to join PPP was down to the integrity and quality of the network - both professional advisers and the other franchise partners,” Paul says. “We are now working with some truly great people who approach life with a very giving attitude and a philosophy of sharing their time and skills freely.

“The focus is on achieving financial security and thus being able to choose how and with whom we spend our time. Being part of such a community has already had an incredibly positive impact on our lives. Linda and I are enjoying more time together, while giving something back. We’ve found a way to address the balance between input and return and are enjoying all the personal and financial rewards of running our own business.”

Paul and Linda observed the pressures associated with sales dominated franchises, which can shatter attempts at a profitable work-life balance and leave you with little to show for your efforts. PPP offers a different solution to standard franchise options - one that is not dependent on trading your time for money, but offers a valuable and tangible asset base, as well as a regular income.

If you’re interested in replacing or supplementing your income and want to ensure your pension provision provides you with financial security, PPP can help you. The company is currently offering complimentary copies of Steve Bolton’s book, ‘Successful Property Investing’.

The book helps you learn how to sidestep the pitfalls that trip up many inexperienced investors and set yourself on the path to running a successful property business. If you’re new to investing, this book will help fast track your success and if you already have a portfolio it will provide an injection of fresh ideas.