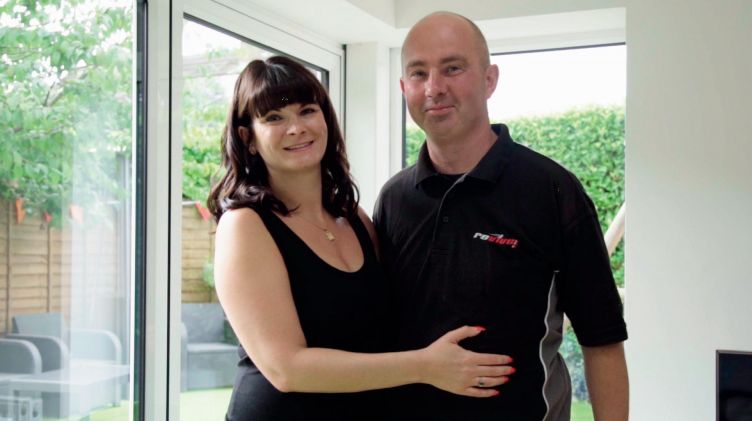 The flexible Revive! franchise has been brilliant for Dan and Natalie Normanton

When they started their family, Dan and Natalie Normanton of Revive! Trafford were looking for more flexibility in their work without sacrificing time with their children.

They got that and much more with a thriving car repair management franchise, employing six technicians and building a secure future ahead of them.

In 2007, Dan and Natalie had their first baby on the way. So with help from their family, they decided to start their own franchise so Natalie could help run the business from home. Dan was employed as a technician by another Revive! franchisee, so already had an insight into the opportunity available.

Neither Dan nor Natalie had run a business or gone to university. But they knew how much support they’d get from head office on establishing and growing a successful business.

It was that desire to stay at home and have the flexibility around their family that gave Dan and Natalie the inspiration to invest in a franchise.

Natalie’s hours are flexible, so when their children were young she could work when they were having a nap or when they were doing other things at the weekend. Running their Revive! franchise means Dan and Natalie are both able to spend time with their children every morning and every evening.

They freely admit that it wasn’t their intention to get this big! They wanted a sustainable business that could pay the bills and the mortgage. However, they both quickly saw the opportunity and their business has naturally evolved; the work has come in and they’ve grown and grown.

The pair were elated to win Bronze in the Revive! Franchisee of the Year awards at the annual conference earlier in the year.

Natalie says: “We were delighted to receive this award and it was especially rewarding as the whole team were at the ceremony to celebrate. To top things off, our supervisor, Stuart Cooper, was also named a runner up for UK Technician of the Year. All in all, it was a very successful night for us.”

Thanks to their franchise, Dan and Natalie have been able to buy a bigger house by the school they wanted their children to go to. They go on the holidays they want to go on, they’ve got a nice car, they live in a nice house in a nice area - financially, they’re happy.

“The franchise has been brilliant for us,” Natalie says. “The support we’ve had has been really good throughout. Going in as two people in their twenties who had no idea what we were doing, we’ve come out as two people in our forties with a great business.”