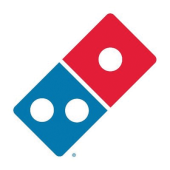 Domino’s Pizza Group is officially Britain’s favourite pizza chain. Landing in the UK in 1985, the company has dominated the pizza delivery industry. With 1,000 stores and 35,000 employees in the UK alone, a franchise with Domino’s is a chance to join a large and passionate team of pizza-enthusiasts.

Domino’s Pizza began in 1960 in Michigan, America when Tom and James Monaghan opened ‘DomiNick’s’ pizza store which later became the Domino’s Pizza business. Their aim was simple, to deliver hot, delicious pizza as quickly as possible to their local community.

From the outset, franchising has played a key role in the development of the business, and in its huge growth abroad. Franchise agreements – managed by the Domino’s Pizza Group plc – have allowed the company to expand in the UK and Ireland, as well as in Switzerland, Luxembourg and Lichtenstein. Furthermore, the Domino’s master franchise programme has reached even further to open stores in Iceland, Norway, Sweden and Germany.

The company has grown significantly in recent decades, last year alone it opened 95 new stores – a company record – employing 3,300 more people in the UK. It is driven by a wide reaching company focus “to feed the power of possible, one pizza at a time”. Entrepreneurs who share the company’s spirit and ambition are always welcomed into the family.

A master of digital sales, the newest innovations of the Domino’s app and website have boosted company success in recent years, representing 75% of all sales. As a whole, the business sells one pizza in Britain every 3 seconds, it truly is “the number one pizza company in the world and in every neighbourhood.”

Domino’s remains committed to offering a wide range of great tasting products, with high quality ingredients and attention to detail on each and every one. The company sold over 90 million handmade pizzas last year, showing how the brand has become a household favourite. As their most successful campaign ever called it, Domino’s is ‘The Official Food of Everything’.

In 2017, this global pizza chain became the official food of Saturday nights in the UK, grossing £1 billion in sales for the first time. You can expect some particularly busy weekends, as their delivery and takeaway services are extremely popular when something good is on the telly as customers want to relax with great food delivered straight to their door. Running a franchise with Domino’s means giving up more than a few cosy Saturday nights in, bear in mind Valentine’s Day is a big favourite!

How can I start a Domino’s?

The Domino’s Pizza Group plc is the organisation responsible for franchises in the UK and Ireland. They own over 1,000 franchised stores in the UK. If you’re interested in Domino’s as a franchise opportunity, first ensure you share the company’s values of community, hard work, and unqualified honesty to its loving customers.

Domino’s offers aspiring franchisees the opportunity to form a Standard Franchise Agreement (an SFA). This is slightly different to owning a Domino’s store, in this relationship the franchisee sub-lets the store from Domino’s Pizza Group plc, but receives the full profits from its sales. Before opening a store, Domino’s will also help you choose the right site for a new business. The company itself then becomes the head leaseholder and sub-lets the property to you, the franchisee.

This unique relationship means that Domino’s are highly involved in the support of its franchises, helping the business to run smoothly and maintaining a high standard of service and customer satisfaction. Within the franchise agreement, Domino’s promise to provide a dedicated service to your business, including its information and operating systems, management of supplies, human resources and communication, marketing, legal assistance and property negotiations.

In addition to this assistance from experienced franchise coordinators, as a franchisee you will benefit from a four week Franchise Development Programme with the brand. Through this you will develop all the necessary skills, from the work on the shop floor – pizza making and people skills – to store management, computer systems and running a successful Domino’s business. Once you have been selected and the agreement is signed, the company will be behind you all the way.

For this reason, Domino’s is looking for candidates with a strong head for business and entrepreneurial spirit. Specifically those who can envisage working closely with the brand with for years to come. You do not need to have owned a restaurant before, although managing experience in the industry would be useful to demonstrate these capabilities. Reading the case studies on the company website to give you a sense of the attitude new franchisees should have.

How much does a Domino’s Pizza franchise cost?

The initial investment for a Domino’s franchise is estimated at £280,000, with £120,000 in liquid funds. The potential profits with this company are comparatively large, however, as one in three franchisees owns a businesses worth £1 million or over. In short, an opportunity to franchise with Domino’s is not to be missed.

Domino’s do charge its franchises a royalty fee based on the store’s annual sales, allowing you to use all their trademarks, branding and company systems. You’ll also pay a contribution to the company’s marketing fund, (this is a very successful enterprise worth £19 million.) In return you’ll benefit from their marketing and promotional activity, as well as company investment in digital service programmes which aid customer relations and ordering experience, leading to greater customer loyalty.

The company are not currently accepting any franchise applicants, however, as a profitable and expanding business this will likely change soon.

Little Caesars
The third-largest pizza chain in the...