“Investing in a franchise gave me a business in a box” 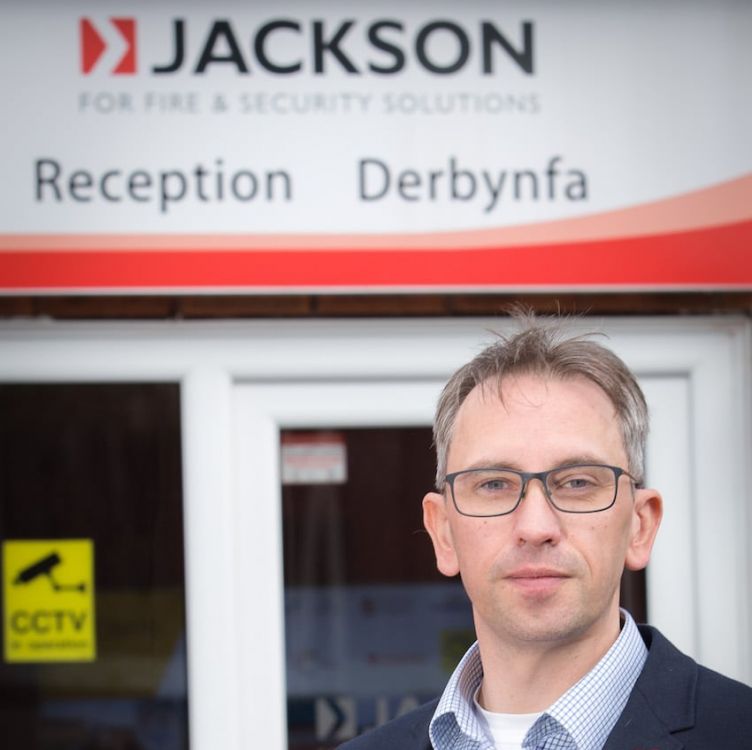 Nigel Knowles has gone from employee to being his own boss, thanks to Jackson Fire & Security

Nigel Knowles had enjoyed a successful career in the corporate sector. As an electronic engineer, he’d always worked in niche, specialist areas, but in recent years had moved into technical sales. His job took him all over the world.

Nigel’s job required a great deal of travel and he started to feel ready to do something closer to home. This, combined with his increasing desire to be at the helm of his own business, led Nigel to see what options were available to him.

Why franchising?
Nigel had given the idea of running his own business serious consideration over the years, but acknowledged that his specialist area of expertise would have led him to develop a niche, high-end product that would have been challenging to get to market. He recognised he was just never going to do it, so he started researching franchising.

Nigel explains: “I reflected on my skills and strengths and, even though I felt confident in my sales, service and general business skills, I acknowledged that it’s quite a leap from being an employee to being your own boss.”

“Investing in a franchise would give me a business in a box, so to speak, and that’s what initially drew to me to consider franchising.

“The reassurance that having a ready-made business when you’re considering leaving employment is significant. To me, a franchise seemed like a much better option than starting from scratch on my own.”

“It was immediately apparent that my background and experience with technical products meant I was a good fit for this business,” he says. “Although the products are very different to what I’d been working with, the principles were the same and my skills were transferable.”

Nigel was also impressed with Jackson Fire & Security’s business model and the focus on delivering excellent customer service, so when he received a phone call after the event inviting him to attend a discovery day at the company’s head office, he jumped at the chance.

“The discovery day cemented my interest in this business and, as I learned more and more about it, I was sure this was the right franchise for me,” Nigel says.

Making the leap
Having attended a discovery day, Nigel was able to continue his due diligence, getting access to more head office staff and also existing franchisees.
In February 2017 he signed on the dotted line for the Warrington franchise. He participated in the six-week training plan, which involved spending time at Jackson Fire & Security head office and out in the field with engineers.

Nigel started formally trading in April 2017, having recruited an engineer who would be out in the field while he focused on the business development side of things as Branch Director.

“You need to put in some hard work, but it’s so much easier to be motivated when all your effort is to benefit your own business, your staff and customers.”

“The fire and security industry brings some unique demands in terms of accreditation and qualification standards, so the learning has continued with external training and qualifications, but Jackson have provided plenty of support with this aspect.”

“It’s great to have a team available at head office to answer questions and the network of other franchisees with whom to pool knowledge and experience.”