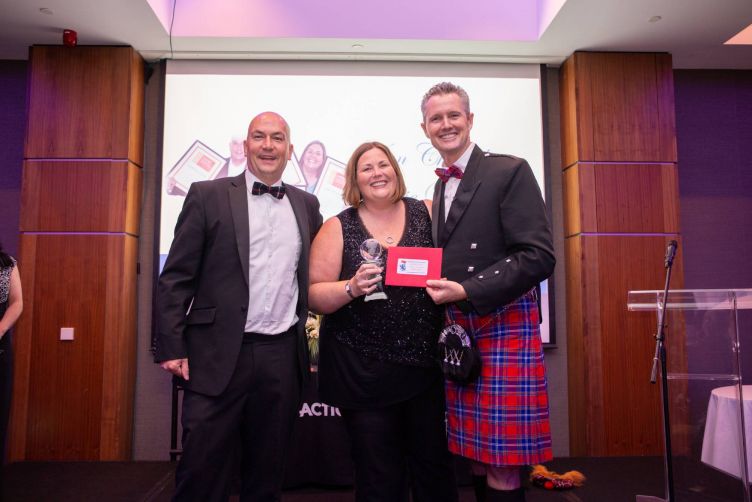 This year’s global conference for the franchise network covering 80-plus countries, applauded ActionCOACH UK as it walked away with Team of the Year and welcomed several colleagues into the ActionCOACH Hall of Fame.

The three-day event, held in Edinburgh, celebrated the ongoing commitment to innovation, business excellence and business re-education for franchise partners across the globe. Julie Wagstaff and Ian Christelow, co-founders of ActionCOACH UK, were presented with the award for Global Master Licensee of the Year for the 11th year in a row.

“The awards are a testament to the hard work of everyone in our UK support team and over 200 UK-based franchise partners,” said Christelow. “It’s great to see our franchise partners help more and more business owners achieve sustainable growth and create more jobs. The award is based on average income of coaches in each country and net growth of the coaching team, so to stay number one out of 80-plus countries around the world for 11 years in a row is amazing.”

As well as this success, Christelow and Wagstaff were also commended as part of the ActionCOACH Global Hall of Fame. The pair, alongside franchise partners Shweta Jhajharia and Derek O’Dwyer, was nominated by existing members of the Hall of Fame and recognised for their impact on the ActionCOACH community.

Andrew Goldberg, a franchise partner based in Glasgow, was awarded the ActionMAN prize - an award that signifies the recipient’s embodiment of the essence of ActionCOACH, its philosophy and “14 Points of Culture”.

The 2019 annual conference was the first since the new senior partner licence was introduced last September. Brad Sugars, global founder and CEO of ActionCOACH, was proud to see the collaborative nature of the network continuing, as well as to see a third of the UK exclusive territory opportunities already taken up.

He said: “We’re thrilled to be able to spotlight these world-class business coaches. At ActionCOACH, we believe in making a difference and changing the world through our work.

“Our company culture is a major component of who we are: our success is intrinsically linked to the success of our clients. I’m honoured that every one of these people, from a variety of backgrounds and locations around the world, has chosen to be a part of the ActionCOACH family.”

CompareTheFinancialMarkets.com UK Business Opportunity of The Year offers the chance to...

CompareTheFinancialMarkets.com UK Business Opportunity of The Year offers the chance to...

Auditel is as a management consultancy that helps financial directors, CEOs...

FASTSIGNS specialises in signage, graphics and visual communications solutions, and is...