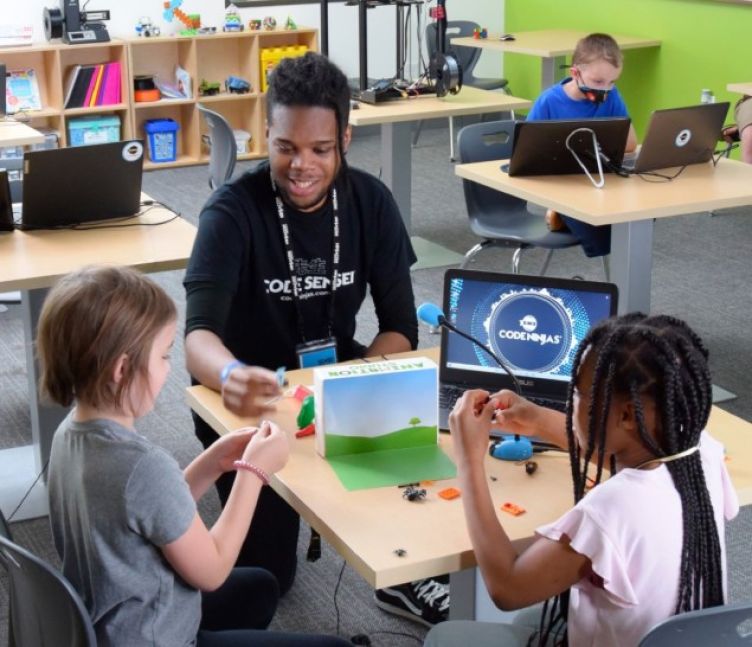 New 'dojo' to open in Cardiff, the first such centre in Wales

Demand for tech and coding skills is on the rise in Wales, with Cardiff recognised as one of the fastest-growing tech cities in the UK. As a coding franchise aimed at kids, this is the perfect time for Code Ninjas to launch its first franchise in Welsh city. By making coding creative and fun, Code Ninjas will teach children a skill vital for future opportunities in the city. We need only look at the pandemic for evidence of how important digital literacy is in today’s world.

Opening by the end of March, new franchisee, Victoria Williams, will take on the role of head of operations. With 15 years of teaching experience, she was impressed by the social aspect of Code Ninja’s operations and how it offers children a free space to problem-solve and be creative. Noticing the direction Cardiff was moving in and with two gaming obsessed children herself, Victoria saw an opportunity to lead the shaping of the future of the city.

She said: “I’m so excited to be launching my Code Ninjas franchise in Cardiff, where there is such an interest in tech already from a young age, but no one to satisfy or stimulate this interest. As a progressive city, it’s vital that kids in the area are given as many opportunities as possible to continue developing their love of technology through exciting, creative ways. Much like the arts, sports or any other extracurricular activity, Code Ninjas is equipping kids with skills that go far beyond the academic benefits.”

With a late March-early April launch just around the corner, preparation is in the final stages and Victoria and the team are excited to bring through their first cohort of young coders.

CEO of Code Ninjas, Justin Nihiser, felt the same way. He said: “We are incredibly excited to be bringing Code Ninjas to a new country, we’ve proven popular in a lot of different regions, but it’s always something special when you reach another group of people. The demand for extra-curricular coding activities in Cardiff, but also in Wales, is in massive demand and with Wales proving to be a tech innovative city, it’s even more exciting that we’re able to play a part in creating and guiding the next generation to succeed in such a thriving and exciting sector.”