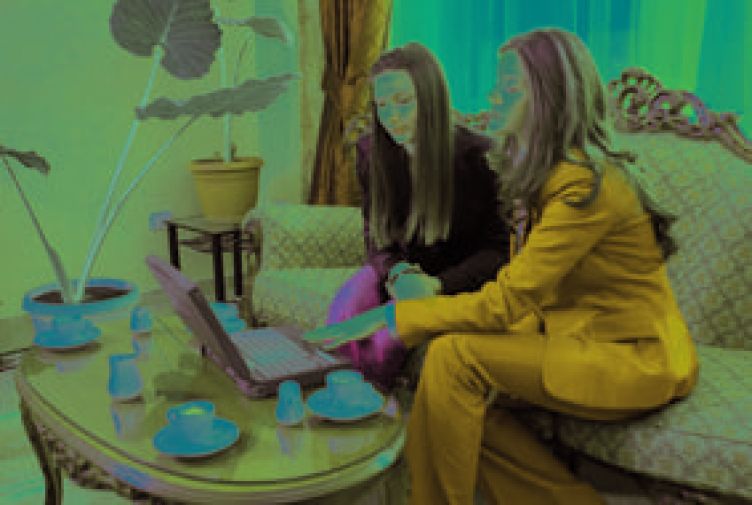 New figures from the Direct Selling Association, the trade body that represents direct selling companies in the UK, also reveal the sector is appealing to increasingly broad demographic groups, while more people are building their businesses full-time.

Direct selling is where goods are sold direct to consumers outside of a fixed retail shop.

AGE RANGE
The DSA surveyed its 60 member companies, including Avon, Kleeneze and Herbalife, and discovered that on average 38 per cent of direct sellers are over 50, representing a rise of over 32,000 people since 2011.

There are now 152,000 over-50-year-old direct sellers in the UK, who are frequently attracted by the flexibility and social aspects of the industry.
Direct selling is also increasingly appealing to a multicultural audience.

For the first time, the DSA surveyed its members about this and discovered 30 per cent of direct sellers (120,000 people) in the UK are non-British.

DSA member companies attribute this to a rise in interest from people from Asia and Eastern Europe, where direct selling has a larger presence than in the UK.
People are turning to direct selling as an alternative to traditional employment, with 68,000 direct sellers working full-time hours. This is up 20,000 since 2011.

The traditional direct selling demographic of stay-at-home mums now accounts for 29 per cent of direct sellers, with men accounting for 24 per cent of the sector.
“We’re seeing a broader audience involved in direct selling than ever before,” Lynda Mills, director of the Direct Selling Association, says.

“These figures represent a move away from the traditional perception of direct selling as a part-time job for mums - this is a vibrant, modern industry that appeals to a wide cross section of people of all ages and backgrounds and offers a real alternative to traditional employment for many.”
Mills adds: “Direct selling has entered the mainstream, thanks in part to the solid community, including more and more over-50s and different cultural groups.

“It’s an attractive alternative to traditional full-time work, letting people work how and when they choose and build their own businesses.”

FLEXIBLE BUSINESS
Direct selling lets anyone start their own business by selling products to their friends, family, neighbours and wider contacts.

It’s flexible, with direct sellers able to pick the hours they work to suit their own lifestyle and commitments.