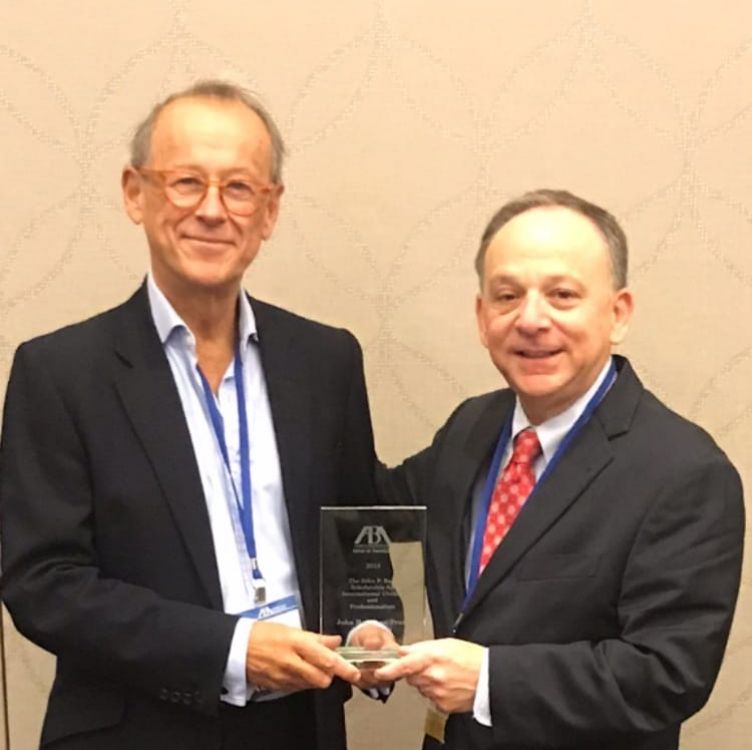 John Pratt, senior partner at franchise law firm Hamilton Pratt, has been given the John Baer Award for International Civility and Professionalism.

The award was presented at the American Bar Association’s Franchise Forum, which was held in Nashville on October 10-12 and attended by around 900 franchise lawyers.

John is the first non-US lawyer to be given this award.

John Pratt says: “I was a close friend of John Baer, so to win this award in his name means a great deal to me.”

Eric Karp, chair of the Franchise Forum, presented John with the award.

“Eric’s praise for my achievements, and the way I approach the law, were music to my ears,” John says.

“The receipt of the leading award for any practitioner in international franchising is a great honour and is a testimony to the hard work and brilliance of the team at Hamilton Pratt.”