Meet Ellie, the greyhound giving back 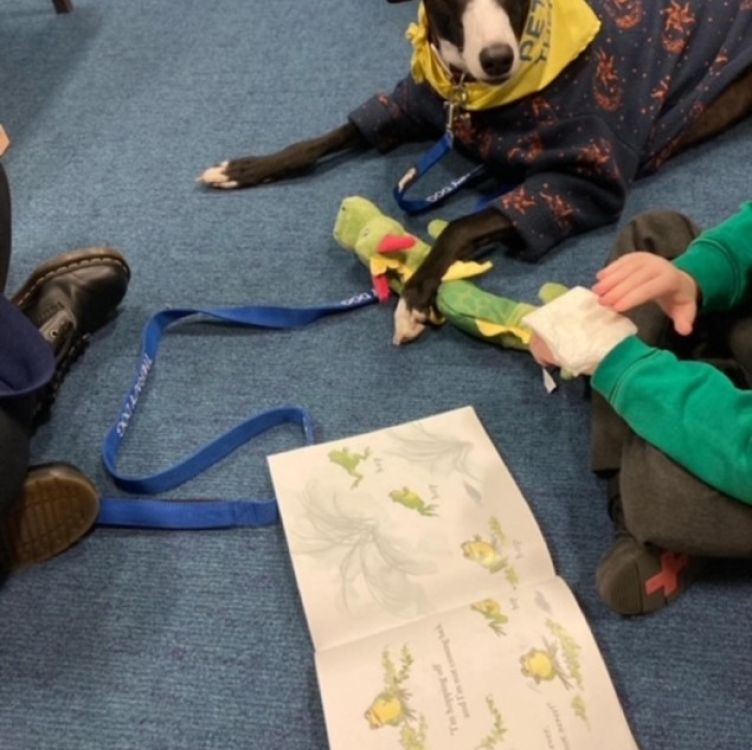 The next time you feel stressed out, look into your cat or dog’s eyes. Don’t you feel better already? That’s exactly why InXpress Manchester South franchisees, Mike Toal, Vanessa Heaps and daughter Mia got Ellie, the therapy greyhound rescued from racing who loves giving back.

“A few years ago, Mia had been in hospital, and someone brought their pug onto the ward. Alfie was a Pets As Therapy dog. He’d been trained to be with the children in recovery on the ward, so was both really calming and comforting to them. Seeing the positive impact it had for Mia at the time, we wanted to be able to do this as a family,” said Mike.

As a Pets As Therapy dog, part of the scheme Vanessa and Ellie are involved in is Read2Dogs. They work with a school, that identify children who would benefit most from being around Ellie.

Vanessa said: “There’s one seven-year-old boy who is on the autism spectrum. His reading is phenomenal. When Ellie first started, he would sit in the furthest chair away from her. Just weeks later, he was cuddled right up to her, reading his book. Last week he shared his toy dragon with her – so cute.”

This isn’t the only part Ellie plays in the community. With Vanessa, she visits a Dementia Friends cafe. Vanessa said: “My mother-in-law actually volunteered us to go! The regular therapy dog was moving. At first I wasn’t sure how Ellie would respond, but she loves it!”

When not doing good deeds with Ellie, Vanessa and Mike work at logistics franchise InXpress in the South of Manchester.

Vanessa feels appreciated by her franchisor: “As a franchise network, InXpress are also incredibly supportive, as a whole. At the beginning of the year, the InXpress Gives Back committee donated £500 to Pets As Therapy. I’m very lucky to work with such a supportive company,”


Personal ROI to be within 24