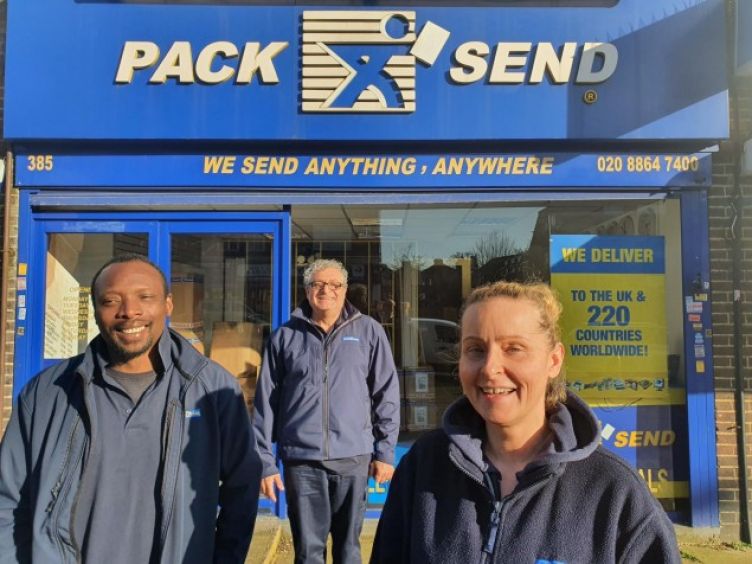 PACK & SEND is having a triple celebration, after the logistics company not only became a full member of the British Franchise Association, but welcomed its latest franchisee and achieved impressive results in a highly regarded franchisee satisfaction survey.

Mark says: “I needed a solution for packaging two expensive pieces of art.

“I contacted several shipping companies, but they all said I’d have to package them myself.

“So I visited the PACK & SEND service centre in Harrow and, apart from supplying me with a solution to my problem, I couldn’t believe how busy it was and the sheer volume of projects they had waiting to be shipped.

“I’d recently been made redundant from Heathrow Airport and this was a company-owned service centre that they were willing to offer to a franchisee. I’m looking forward to providing the same great customer service.”

As part of the process of becoming a full member of the bfa, PACK & SEND had its franchisees take part in an independent and anonymous assessment of the company’s training, support and culture.

Conducted by WorkBuzz, it achieved an overall score of 81 per cent, as well as 93 per cent and 90 per cent respectively for the business’ system and leadership, while 100 per cent of respondents said they were satisfied with the initial training and support provided.

“It’s been in progress for a while and we’re excited to have this highest accreditation for PACK & SEND.

“It’s also really great to receive feedback from our franchisees, who have continued to respond so well to deliver their essential service over the last year.

“In fact, we ended our financial year with combined network sales up by 30 per cent and a 53 per cent increase in enquiries - it’s a very proud moment indeed.”