the UK's largest international franchise exhibition" />
The information you submit via our enquiry form is shared only with the franchise business(es) that you have selected.

Workshops at the British and international franchising exhibition 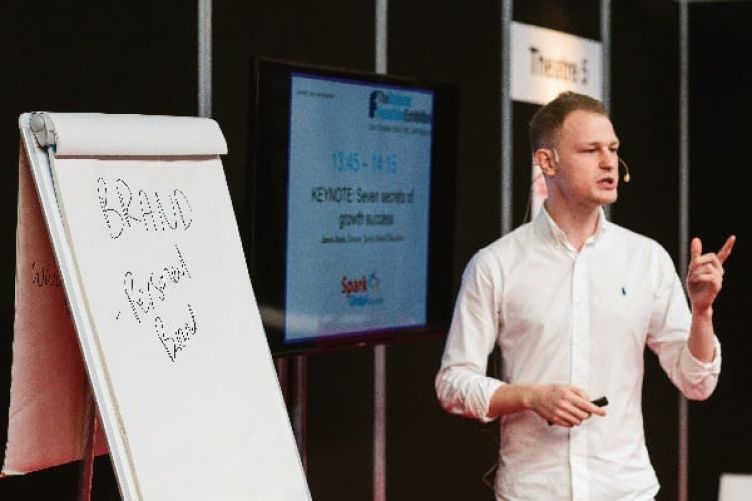 Showcasing for the first time at this year’s British & International Franchise Exhibition, the ‘Growing Your Own Business’ workshops will give aspiring business owners key insights into developing and sustaining a successful business.

Welcoming specialists from a range of industry sectors, the workshops will cover everything from how to use social media to promote your business, to raising finance through crowdfunding. This extensive programme provides an invaluable opportunity for anyone looking to expand their business.

Edd Read, co-founder of online healthy snack company Graze, will be providing an insight into how to set up and grow a successful business. Based on his own experience of Graze’s success, Edd will recount how he took an idea formed in his bedroom to create an international business, including a selection of anecdotes from the various stages of the business, along with an open floor Q&A.

His talk will take place at London Olympia on Friday, March 13 at 12.15pm.

For a taste of what to expect from Edd’s talk, we conducted a short interview with him:

What is graze and where did the business concept come from?

Graze was founded by myself and six friends who all loved food, but wanted to find a way to reinvent and show off the tasty side of healthier snacks. We were all tech-savvy - some of the others having been responsible for the technology behind LoveFilm - and wanted to apply the intelligent use of big data to the online food industry to create a healthier online snacking company.

How has the business grown since launching in 2008

The company has grown from seven founders in 2008 to around 400 employees today. We are majority owned by American investor The Carlyle Group, with Octopus Investments and DFJ Esprit and Management owning the remaining share. We launched in the US in December 2013 and have already reached a run rate of over £20 million - a figure big tech companies usually take two-three years to achieve.

What do you you believe are the key factors in developing the business?

One of the reasons I think Graze grew so successfully at the beginning is because each of the co-founders brought a skill set to the table that is very rarely found in this industry. We were also friends, so we spoke to each other very frankly and didn’t have to tiptoe around each other.

What do you think has been the key to the success of graze?

Data has always been at the forefront of what we do. We take a huge amount of customer ratings - over 15,000 per hour - and can use this data to create, pack and dispatch a new product to grazers within 48 hours. Customers have really taken to the rating system and the ‘surprise and delight’ element of the product.

What would you say have been the most challenging and rewarding parts of starting up graze?

Graze was a brand new concept. Nothing has ever been done like this before, so we had nothing to gauge it on. But being young and naive, you always question why. There’s always a way. No isn’t an answer when you have a vision.

2015 will see Graze launch its family sharing bags, which contain bags of our snacks aimed at feeding the whole family. It will be our first product that doesn’t go through the letter box and we are very excited about it.

What advice would you give to someone thinking of starting their own business?

Try to be as relentless and resilient as possible. The biggest thing I’ve learned from Graze is how many things that are deemed impossible are actually possible if you really want to achieve them.